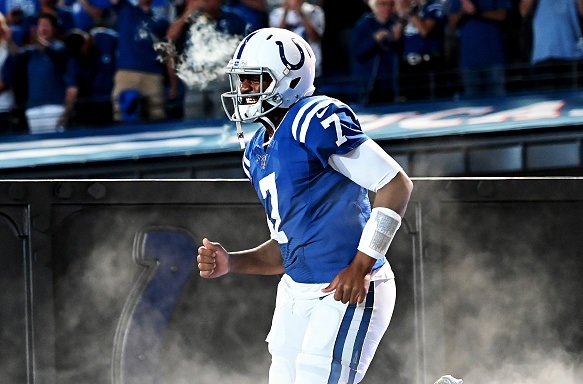 Jacoby Brissett – Brissett was solid in his first game back, although from a fantasy perspective he left some to be desired. He threw for just 148 yards and one score, but did run another one in on the ground to somewhat salvage his fantasy day against Jacksonville. However, while the Jags are in the top half of fantasy pass defenses, the Texans are in the bottom five against the pass including allowing four touchdown passes to Lamar Jackson last week. Brissett won’t reach that plateau, but he will certainly be a very nice streaming option on Thursday night.

Jonathan Williams – Marlon Mack fractured his hand and will miss multiple weeks, and Williams came in and admirably filled in for him with 116 yards on the ground and 31 through the air. He absolutely will lead the team in carries this week, and although the Texans are a strong run defense, Williams should be a great add for the next few weeks. Nyheim Hines will see a handful of carries and some receptions but Williams will be the workhorse back here.

T.Y. Hilton – This seems like a long shot for him to play with no practice on Tuesday, but Hilton is enough of a veteran that he likely doesn’t need any practice time to actually play. He has dealt with several injuries this year, and the calf seems like it can be reinjured. However, the Texans pass defense is so bad that if somehow Hilton does find his way on the field on Thursday, you have to give him a shot to earn you some good fantasy points. He has scored in four of the six games he has played in this season.

Zach Pascal – What once was a lot of excitement on a waiver claim, Pascal has fallen to pieces in the past couple of weeks with just four catches and 43 receiving yards total in the last two weeks. Whether T.Y. Hilton is in there or not right now, Pascal isn’t much of an option.

Eric Ebron – Jack Doyle didn’t even have a target, and while Ebron’s 27 yards on four catches isn’t impressive, at least he was involved in the game. The Texans are a pretty bad pass defense so he could have some streaming value, but it will be fairly minimal. 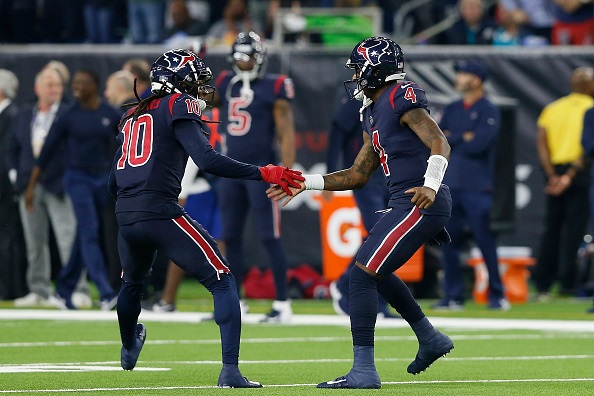 Deshaun Watson – It was an incredibly ugly game for Watson in Week 11 as the Ravens kept him completely in check for the entire game and he threw for only 169 yards. The Baltimore pass defense that started out so poorly has done a complete 180 and has been one of the better units in the past few weeks. It won’t get much easier for Watson this coming week against the Colts who the Jaguars held down, and have allowed just 14 passing touchdowns in ten games. Watson is still so immensely talented that you have to start him even against solid defenses.

Carlos Hyde – He barely had a chance against the Ravens as Houston got so far behind so fast that the Texans had to abandon the run early. Hyde did have 65 yards and a touchdown on the day, but 41 of that did come on his scoring run late in the game or he would have been a major bust. The Colts did hold Leonard Fournette to almost nothing last week, but like Houston, the Jaguars were behind early last week as well. The Colts defense is in the top half of the league anyway, and Hyde is nothing but a possible flex option for Week 12.

DeAndre Hopkins – You would think with how far the Texans were behind that you would have saw a better game from Hopkins. However, the Ravens just controlled the ball throughout the day and Deshaun Watson only threw the ball 29 times. Hopkins still had a good game with seven catches for 80 yards in the game and continues to be a solid fantasy contributor. His season stats are less than what we had hoped, but he still has been better in the last month. There is never a scenario to sit Hopkins.

Will Fuller – While it appeared that he would play in Week 11, Fuller was again inactive, which might have been a good thing against a physical Ravens defense. Seeing as he was a game-time decision last Sunday, it should be a no brainer he plays in Week 12. The Colts pass defense is fairly solid and Fuller hasn’t played in a number of weeks. That isn’t the kind of scenario that I want to risk a starting spot on my fantasy roster with.

Darren Fells – He is still scoring here and there, but Fells hasn’t been a part of the offense lately. If you have been counting on Fells for weeks, it is time to let him go and try to find a better option.

Summary: The Texans are far better than the trash effort they put up last week against the Ravens, although Baltimore is the hottest team in football. The Colts don’t have many weapons on offense this week with T.Y. Hilton likely still out and now Marlon Mack out with the broken hand. The Colts defense will likely keep them in this one, but Deshaun Watson is too good to be held in check two weeks in a row. The Texans win this one fairly easily