Cardinals correspondents Craig Grialou and Mike Jurecki, who work for the team, included Arnold in a short list of Arizona players who could surprise this year. At 6'6" and 220 pounds, Jurecki said Arnold will create mismatches with smaller safeties and slower linebackers. Arnold could be utilized in the slot, especially in the red zone, according to the correspondents, who talked up Arnold's "immediate chemistry" with Kyler Murray. In three games with Arizona last season, Arnold caught eight of 14 targets for 127 yards and two touchdowns. The third-year tight end will compete with Maxx Williams for playing time this season.  Aug 06 12:22 pm (EST) 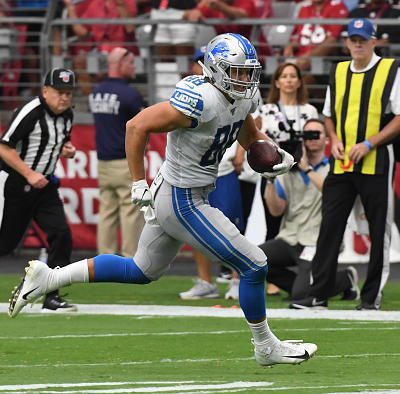 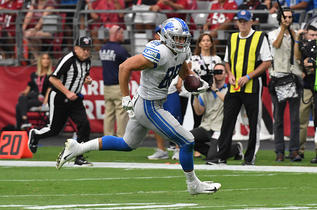 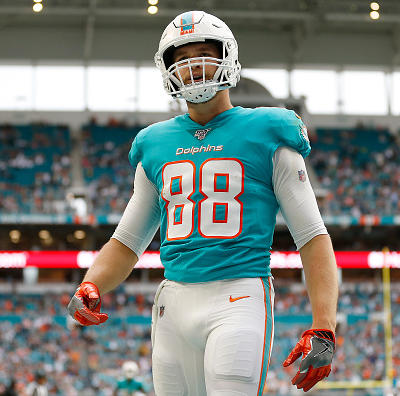 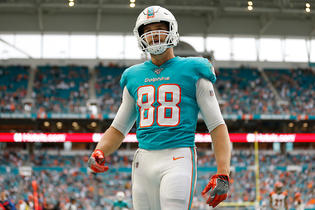 C. Smith - LB
MIN
Vikings waived LB Cameron Smith (heart, COVID-19 list).
Smith doesn't have veteran's rights, so the Vikings are forced to waive him as a procedural move so that he can (presumably) clear waivers and revert to the team's non-football injury list until healthy. Minnesota will still reportedly pay him his $675,000 salary for the season. A fifth-round pick last year, Smith played five games as a rookie and is expected to open the year on injured reserve to undergo open heart surgery.
Added 4:20 pm (EST)
Added 4:20 pm (EST)

Y. Ngakoue - DL
JAC
NFL Network's Tom Pelissero reports unsigned holdout Yannick Ngakoue has parted ways with his agent.
He'll begin a five-day holding period until he's allowed to hire new representation. Ngakou has made it clear that he has no plans to sign his franchise tag or report to camp anytime soon, which likely led to this bullheaded development. The Browns and Cardinals have been linked to the 25-year-old, who has said he'll play on the tag elsewhere if need be.
Added 3:19 pm (EST)
Added 3:19 pm (EST)

A. Kamara - RB
NO
Saints RB Alvin Kamara said he "tore his knee" in Week 6 and "was dealing with it the whole season."
The injury did not require surgery. Instead, the 25-year-old rehabbed throughout the offseason and claims to be "healthy" now. Kamara was knowingly playing through injury, avoiding a tackle every 7.3 touches from Week 10 on compared to every 3.1 touches prior to his leg injury, but this confirms he dealt with a high-ankle sprain, back issues, and a knee tear over the second half of the season. Assuming he's 100% for the regular season after foregoing surgery, Kamara remains a top-four overall pick in fantasy drafts.
Added 2:40 pm (EST)
Added 2:40 pm (EST)

M. Turner - WR
SEA
ESPN's Rob Demovksy reports the Packers are hosting free agent WR Malik Turner.
Teams can't bring in players for interviews without an agreement to sign them, so Turner will stick on Green Bay's roster for camp as long as he passes his physical and COVID-19 testing. Formerly with the Seahawks, the 24-year-old played 4% and 22% of Seattle's offensive snaps the past two seasons. He's totaled 17 catches for 265 yards and one score in his career.
Added 2:14 pm (EST)
Added 2:14 pm (EST)

D. Kilgo - DL
DET
NFL Network's Ian Rapoport reports the Patriots are hosting free agent NT Darius Kilgo with the intent to sign him.
The organization brought in TE Jordan Leggett and Kilgo for COVID-19 testing and physicals before agreeing with both to deals. The 28-year-old missed the entire 2019 season with a torn quad, most recently taking the field for 11 appearances the year prior with Tennessee. New England would be Kilgo's third team in his last three (healthy) seasons.
Added 1:46 pm (EST)
Added 1:46 pm (EST)

A. Okafor - DL
KC
Chiefs restructured DE Alex Okafor's contract.
Initially due $15.1 million over the next two seasons (and $7.9 million in 2020), Okafor's restructured deal includes a max of $4.96 million this upcoming year and allows him to walk as a free agent next March. He'll also receive $860,000 in per-game roster bonuses and another $2 million in incentives. A rotational player for the Chiefs, Okafor will continue to work behind Frank Clark in the team's season opener.
Added 1:29 pm (EST)
Added 1:29 pm (EST)