Austin Slater clubbed his third home run of the season on Monday as the Giants fell to the Astros in Houston.

Slater also swiped a bag in this one -- his fourth of the season. He also singled in the game, finishing the night 2-for-3. The 27-year-old has been seeing regular playing time in right field for the Giants and is slashing a mighty impressive .333/.450/.667 to go along with his three taters, four RBI and four swipes. That type of power and speed combination doesn't grow on trees and is certainly valuable in all mixed leagues. He's one of only five players in all of baseball with at least three homers and three stolen bases thus far, joining Fernando Tatis Jr., Trent Grisham, Dylan Moore and Trevor Story. Yesterday 10:24 pm (EST) 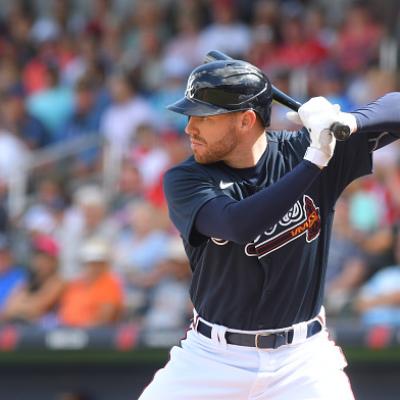 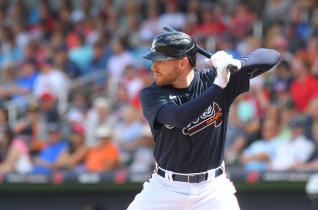 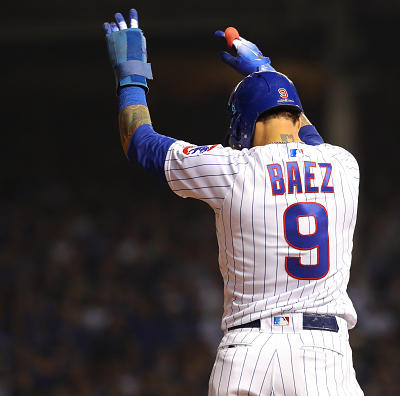 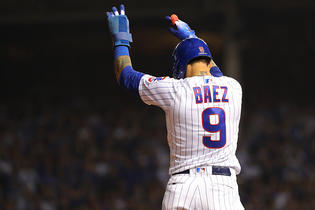 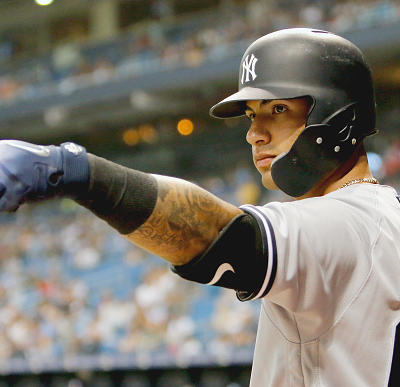 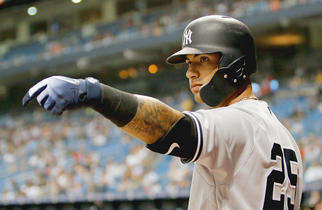 M. Ozuna - LF
ATL1
Marcell Ozuna had a three-run homer and a double in a losing cause Tuesday against the Yankees.
Ozuna has already struck out 23 times, which is a little disturbing, but he's still batting .273 with four homers, five doubles and 11 RBI in 78 plate appearances. Batting behind Ronald Acuna Jr., Ozzie Albies (when he's not on the IL) and Freddie Freeman should allow Ozuna to rank among the NL leaders in RBI this season.
Added 11:38 pm (EST)
Added 11:38 pm (EST)

B. Buxton - CF
MIN1
Byron Buxton went 3-for-4 with a stolen base on Tuesday in the Twins’ loss to the Brewers.
Buxton reached on an infield single and swiped second base -- his first theft of the season -- in the second inning. He also collected two more hits to cap off the three-hit performance The uber-talented 26-year-old outfielder possesses a tantalyzing blend of skills, but hasn’t quite reached the potential superstar ceiling that fantasy managers have been forecasting for nearly a decade. It’s an extremely small sample size, but he owns a pedestrian .262/.273/.500 triple-slash line with three homers across 44 plate appearances.
Added 11:27 pm (EST)
Added 11:27 pm (EST)

J. Polanco - SS
MIN1
Jorge Polanco walloped a solo homer on Tuesday in the Twins’ loss to the Brewers.
Polanco kicked off the interleague affair with a mammoth solo shot to right field -- his second round-tripper of the season -- off Brewers starter Josh Lindblom in the opening frame. He also singled, struck out twice and grounded into a double play in this one. The 27-year-old shortstop doesn’t offer enough over-the-fence power or stolen base potential to blossom into an elite fantasy shortstop, but he’s an extremely productive four-category contributor who should be rostered as a viable middle infield starter in all mixed leagues.
Added 11:26 pm (EST)
Added 11:26 pm (EST)