Michael A. Stein recaps the injury news heading into the Conference Championships and offers up potential return timetables and suggestions for replacement players for fantasy football. 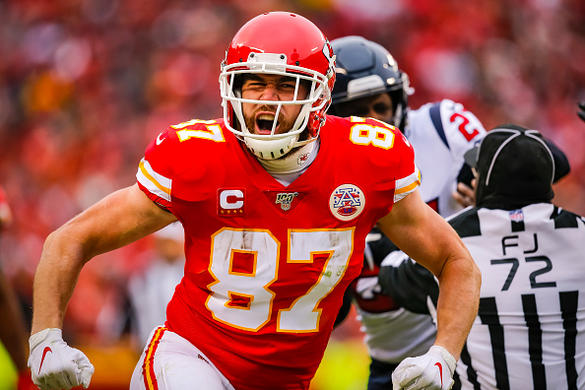 We are now down to the Final Four of the NFL Season as the league’s championship games will be played this weekend.  Both games are intriguing matchups and the good news is that all teams are relatively healthy.  As football fans, we want to see competitive games with each team’s stars on the field.  That is exactly what we will get, as it does not appear that any significant player will be affected by an injury heading into the weekend.  That does not mean some players are not hampered by injuries throughout the week.  So without any further adieu, let’s take a look at some of the walking wounded in the fantasy football emergency room.

It is just a formality listing Kelce on the injury report as he has been limited in practice this week due to a balky knee.  There is nothing to be concerned about as he was limited all of last week as well.  Despite those limitations, he went out and had an elite performance in the stunning comeback win over Houston.  All Kelce did was catch ten passes for 134 yards and three touchdowns as the Chiefs ended up demolishing the Texans in the Divisional Round.  Kelce should be the focus of the Chiefs passing attack once again as he looks to duplicate or even surpass his previous performance against Tennessee earlier in the season.  He is unquestionably the best tight end in football and well worth whatever it costs to play him in lineups this weekend.

Speaking of great tight ends, George Kittle is a notch below Kelce in terms of fantasy value.  While he did regress this year thanks in part to a more diverse offense and some injuries, he still managed to catch 85 passes for 1,053 yards and five touchdowns in 14 games.  He was dealing with some soreness in his ankle that caused him to miss practice earlier this week, but he is expected to be close to 100% for this weekend’s matchup against the Packers in the NFC Championship game.  He did not do much last week against Minnesota, but that is because the 49ers were able to dominate with their running game.  Kittle should play a bigger role this week as the Packers rush defense is more formidable than the Vikings.

Aaron Rodgers and the Packers will be in for a tough matchup this weekend in the NFC Championship game against the 49ers stellar defense.  Green Bay has become a running team, but you can never take Rodgers’ ability to make big plays when it counts the most for granted.  The Packers are relatively healthy heading into the game except for wide receiver Allen Lazard who has been dealing with an ankle injury.  He missed some time during last week’s win over Seattle but is expected to play this weekend despite being limited in practice.  Lazard has made some big plays this season and should get opportunities given that San Francisco will prioritize shutting down Davante Adams .

The Titans may be getting a little healthier as they head into Arrowhead Stadium for the AFC Championship game against the Chiefs.  Wide receiver Adam Humphries has practiced two days in a row and is expected to play for the first time since Week 13.  This could be a big boost for Tennessee who will need other options in the passing game if they hope to keep up with Kansas City’s high-octane offense.  Humphries would step back into the WR3 role behind A.J. Brown and Corey Davis , and he would provide a veteran presence down the field for Ryan Tannehill .  Kalif Raymond did catch a huge touchdown in last week’s shocking win over Baltimore, but he would be relegated to WR4 status assuming Humphries is on the field and able to avoid any setbacks.

This has nothing to do with fantasy games this week, but it is worth mentioning that New Orleans police obtained an arrest warrant for Odell Beckham , Jr. alleging simple battery due to an incident in the LSU locker room earlier this week.  Beckham is accused of slapping the rear end of a police officer after LSU won the NCAA National Championship.  While he may not be physically injured, this is another example of Beckham’s immaturity and reckless behavior.  He had a sub-par season in Cleveland and his antics have contributed to his diminishing fantasy value going forward.