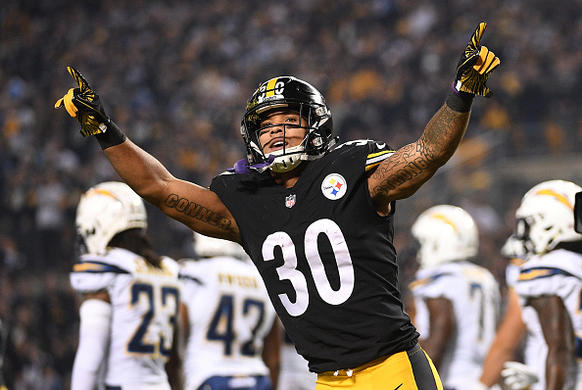 The fantasy playoffs are here for many leagues, so congratulations to all of you who have made it to the postseason.  Now the hard work really begins as GMs must make critical roster and lineup decisions all while considering the health status of many key players.  This is where accumulating roster depth and flexibility during the season will pay off because hopefully you have been thinking fourth dimensionally and planned for any and all scenarios heading into this week.  So without any further ado, let’s delve into the next edition of the 2018 fantasy football emergency room.

Fantasy GMs held their collective breaths on Sunday night when James Conner went down with a leg injury.  It looked to be serious but reports out of Pittsburgh indicate that it is just a contusion on his lower leg and that he avoided an ankle injury.  This is great news because Conner should have a great chance of playing this weekend against Oakland which is a salivating matchup for GMs as the fantasy playoffs begin.  Check for updates later in the week to confirm his status, but for now plan on having Conner is your lineup as a high-end RB looking to add to his 909 rushing yards and 12 touchdowns along with 52 catches for 467 yards and one touchdown. 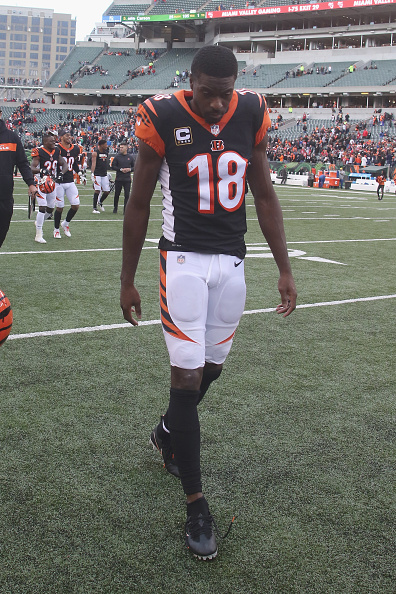 Green had missed the past three games with a toe injury and came back this past week only to injure his toe again.  He went down in a lot of pain during a non-contact play and was removed from the game. Green suffered torn ligaments in his toe and will need to undergo season-ending surgery.  He should be fine for training camp in 2019 so his keeper value is not be affected. Green finishes the year with 46 catches for 694 yards and six touchdowns in a season that spiraled out of control for the Bengals who now have a backup quarterback throwing to John Ross and Tyler Boyd for the rest of the season.

Gordon is considered week-to-week right now as he is dealing with a knee injury which sidelined him this past Sunday night against Pittsburgh.  The Chargers had a huge come from behind victory as Austin Ekeler and Justin Jackson picked up the slack in Gordon’s absence. There is a chance he could be back for Week 14 which would be great news for fantasy GMs as the Chargers have a favorable matchup against the hapless Bengals.  Follow for additional updates later in the week but be prepared to be without Gordon until Week 15.

Olsen was playing through a foot injury for most of the season but his attempts to compensate for it have cost him the rest of the year.  He suffered a ruptured plantar fascia and is done for the season. This is a crushing blow for the Panthers and fantasy GMs who will now turn to Ian Thomas as the team’s starting tight end for the rest of 2018.  Olsen finishes the season with 27 catches for 291 yards and four touchdowns in nine games, and he can be dropped in all league formats.

Breida has already been ruled out for next week’s game against Denver with an ankle injury.  He has been playing through the injury but he tweaked it before the game on Sunday against Seattle and was limited to just eight touches before giving way to Jeff Wilson .  Breida has been a solid RB2 this season rushing for 744 yards and three touchdowns as well as 21 catches for 209 yards and two touchdowns. Wilson should be targeted on the waiver wire and is a viable Flex option for Week 14. 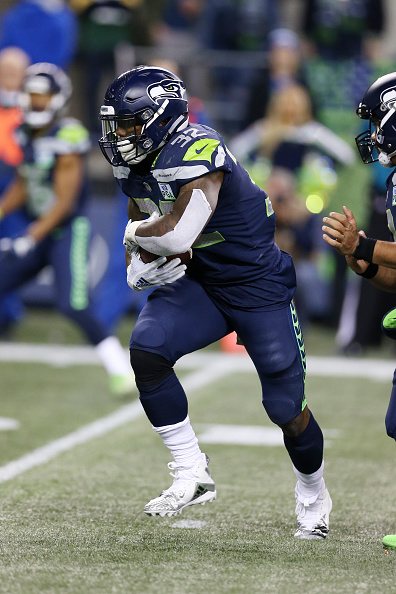 Carson sustained a dislocated finger this past Sunday against San Francisco and was taken out of the game in the fourth quarter.  It is possible he could have come back and played had the game been closer, but Seattle had the game well in hand so there was no reason to risk further injury.  Carson will have an extra day of rest to get ready for next week’s game against Minnesota on Monday night. GMs will need to make a critical decision before we may have official word on his status.  Carson has been a viable RB2 this year with 704 yards rushing and four touchdowns in ten games.

The ghost of Will Fuller ’s hamstring has clearly possessed Keke Coutee as he has been in and out of the lineup all season.  Coutee did not play in Week 13 against Cleveland after he re-aggravated his hamstring injury last Monday night. He has 28 catches for 287 yards and one touchdown in only six games but he cannot be counted on with any consistency due to how fragile his hamstring has been all season.  He is worth keeping on the roster for depth but GMs should opt for a more dependable WR3 option.

Collins has been put out of his misery and was placed on injured reserve due to his foot injury.  He has been dealing with the injury for a while and has seen his role reduced dramatically in the Ravens offense.  Fantasy GMs were tortured most of the year hoping and expecting that he would build off of his breakout season in 2017, but it was not meant to be as he finishes the year with just 411 rushing yards and seven touchdowns.  He was surpassed by Gus Edwards on the depth chart and now Collins can be dropped in all league formats.

The Chiefs deactivated Watkins for their game against the Raiders this past week as he continues to deal with his foot injury.  Kansas City didn’t need Watkins to beat Oakland so he is being afforded additional time to rest and recover in advance of the team’s matchup against Baltimore this week.  The Ravens have been red hot so Watkins’ return will be greatly needed, especially now that the Chiefs’ running game has been severely compromised. Chris Conley has filled in admirably for Watkins as the team’s number two receiver, but he is better suited as a WR3 in that offense.

The drama surrounding Darnold and the Jets continues as there are questions why the team would not play him if he was physically able to take the field.  The Jets are going nowhere and the more experience Darnold can get the better he will be in the long run. It is expected that he will return for Week 14 in Buffalo which is not a favorable matchup.  Besides the weather being a factor, the Bills defense has been stellar at times this season and they could have a field day against the Jets inept offense and any rust that Darnold has after missing several games.  Buffalo’s defense/special teams is a solid streaming option for Week 14.

The Ravens have gone on a huge winning streak since Flacco went down with an injury, but he appears ready to return.  Coach John Harbaugh clearly does not care about the fantasy playoffs because he has indicated that he could play both Flacco and Lamar Jackson this week against Kansas City.  It does make sense from a strategic standpoint in that it would be difficult for the Chiefs to game plan against two polar opposite quarterbacks. However, Jackson has led the team to a string of consecutive victories and changed the entire flow of the offense.  Given that there could be a timeshare, neither quarterback would be a viable fantasy option for Week 14.

It is quite dangerous to be a Redskins quarterback right now.  Colt McCoy replaced Alex Smith a few weeks ago after he sustained a gruesome broken leg.  Now McCoy suffered a fractured fibula on Monday night against the Eagles and he is gone for the season.  He threw for 372 yards along with three touchdowns and three interceptions over the course of three games this year.  Washington then turned to veteran Mark Sanchez which was a disaster as Washington fell to 6-6 and is seeing their playoff hopes vanish right before their eyes.  Sanchez should remain on the waiver wire where he belongs unless you are in a league that rewards butt fumbles.