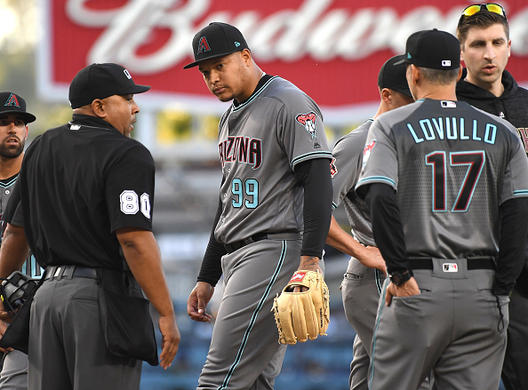 As we head towards the end of Week 3 of the fantasy baseball season, most GMs have had to deal with some type of adversity due to injuries.  No one is immune so do not look for pity or empathy.  You should continue being aggressive on the waiver wire and accumulate as much depth as possible so you can weather a storm which, if it hasn’t set in already, will inevitably come your way.  So, without further ado, here is the next edition of the fantasy baseball emergency room.

It was reported in our last injury report that Walker was dealing with a forearm injury which is a foreboding sign of needing Tommy John surgery.  Sure enough, that is exactly what happened.  He is scheduled to undergo the procedure next week and will miss the rest of the 2018 season and into 2019 as well.  This is a big loss for the Diamondbacks and fantasy GMs who can safely drop Walker in all formats.  If all goes well, he could possibly be back by the All Star break next year. 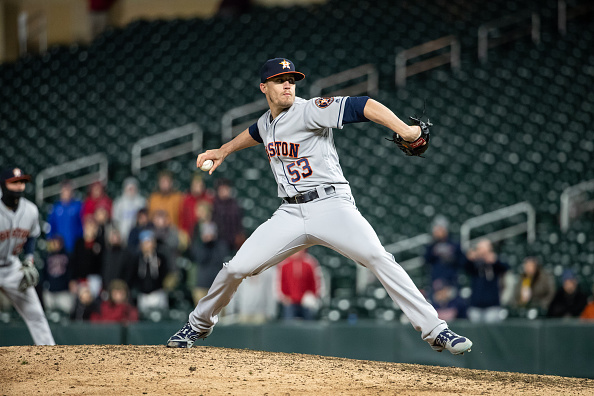 Giles only has one save in six appearances thus far this season and has not been available to pitch recently due to a back injury.  It seems likely that he is headed for the disabled list as Houston does not want to be short in the bullpen and will want to ensure that Giles has sufficient time to rest and recover.  Chris Devenski will likely see save opportunities in his absence making him a must-add off the waiver wire.

Braun has been in and out of the lineup for the past week and has made several pinch hitting appearances due to a calf injury.  He slugged his fourth home run of the season on Thursday and should hopefully be back in the lineup on Friday.  Braun is hitting .214 with four home runs and 11 RBI thus far and is needed in the middle of the Brewers lineup.  His production has regressed compared to where he was a few years ago, but Braun is still a valuable fantasy outfielder capable of hitting 25-30 home runs even at this stage of his career.

It wouldn’t be fantasy baseball season without a Rich Hill injury.  The late bloomer has been placed on the disabled list due to a cracked left middle fingernail.  Right now it appears that he should be ready to go again once he is eligible to be activated but this is just another example of how frustrating he is to own in fantasy leagues.  Hill got shelled in his last start which has inflated his statistics as he is 1-1 with a 6.00 ERA, 1.60 WHIP and 16 strikeouts in 15 innings.  Stash him for the next week and hope he is ready to go once the ten days have gone by.

One of the biggest surprises of the young season is the emergence of Padres third baseman Christian Villanueva who burst on the scene with a three-home run game a couple weeks ago.  He is batting .340 with six home runs, 13 RBI and ten runs scored thus far making him a viable fantasy option for now.  Whether he can sustain that pace is another story.  He is now considered day-to-day after he was hit by a pitch and suffered a bruised hand.  The x-rays were negative which is good news, so hopefully the injury does not derail the great start he has gotten off to.

CarGo is a shell of the player he was a few years ago when he was a legitimate first round pick in any fantasy baseball league.  He has a lot of miles on his legs and didn’t re-sign with the Rockies until near the end of spring training.  Gonzalez was removed from Wednesday’s game with a strained hamstring after he had made a great play in the outfield.  We don’t know the extent of the injury yet, but it seems to be a safe bet that he will end up on the disabled list.  Gerardo Parra should see playing time in Gonzalez’s absence making him a short-term waiver wire option.

Zobrist is coming off one of the worst offensive seasons of his career and has gotten off to a great start batting .326 with one home run, seven RBI and six runs scored.  Unfortunately, he has been dealing with a back injury which has limited his availability this week.  He was available to pinch hit if needed which is an indication he should be back in the lineup any day now.  Zobrist offers eligibility at multiple positions so as long as he hits he will have value on any fantasy team.

Pence was once a formidable fantasy player but those days seem long gone now.  He has gotten off to a horrendous start to the season batting just .172 with no home runs, three RBI, three runs scored and one stolen base.  He suffered an injury to his right thumb and we are awaiting results from an MRI.  The safe bet is that Pence will land on the disabled list rendering him completely useless and irrelevant from a fantasy perspective.

The dynamic Byron Buxton has landed on the disabled list due to migraine headaches.  The roster move is retroactive to April 15 so he could be back in short order which would be good news for fantasy GMs.  Buxton has gotten off to a slow start batting just .195 with no home runs, two RBI, two runs scored but he does already have four stolen bases.  There is a lot of upside with Buxton so be patient because he can provide both power and speed when healthy.  Ryan LaMarre was called up in Buxton’s place and promptly got the game-winning hit in the 16-inning marathon in Puerto Rico on Wednesday night.

Fellow Twins outfielder Max Kepler left Wednesday’s marathon against Cleveland with a right knee injury.  The Twins indicated they were just being cautious and conservative by taking him out and do not expect an extended absence.  Kepler is hitting .268 with three home runs, five RBI and five runs scored thus far and is only an OF4 or OF5 option in deep leagues at this point.  Check back in later today before lineups are locked and see whether Kepler can make it back onto the field. 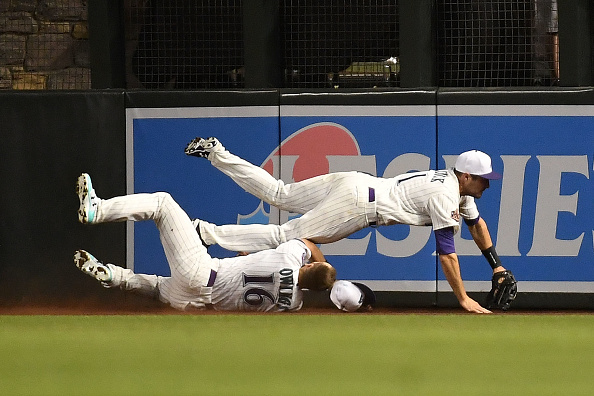 The versatile Chris Owings plays several positions but may be riding the bench for a day or two after he suffered a head contusion in a collision with teammate A.J. Pollock on Thursday.  Owings was fortunate to have avoided any concussion symptoms so it does not appear that he will miss too much time.  He is batting .269 with one home run, six RBI, ten runs scored and one stolen base on the season and offers fantasy GMs depth and flexibility at multiple positions.

The Yankees have endured several injuries in the young season including Luis Cessa who was placed on the disabled list with a strained left oblique.  He has appeared in three games and has a 4.50 ERA, 1.00 WHIP and five strikeouts in four innings.  Oblique injuries typically require longer than ten days to recover from so expect him to be out for several weeks and then likely sent back to the minor leagues once he is ready to be activated. 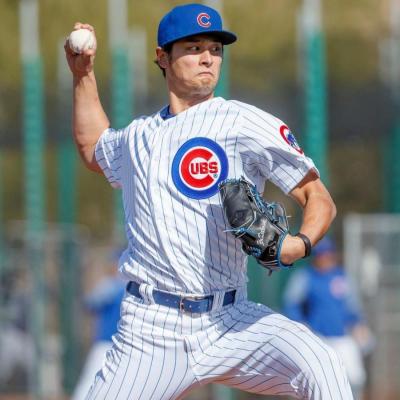 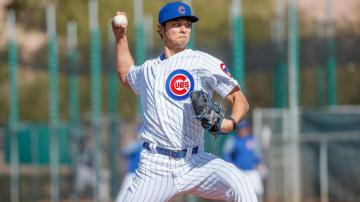 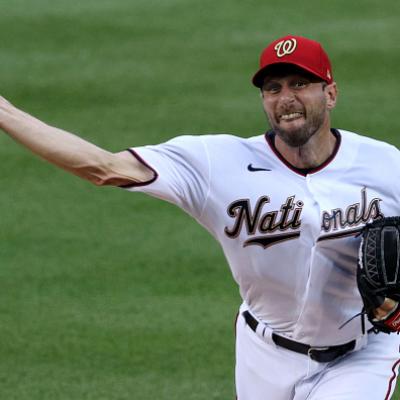 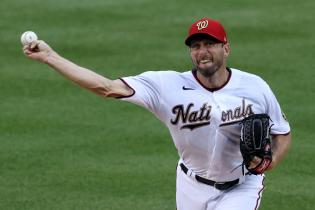 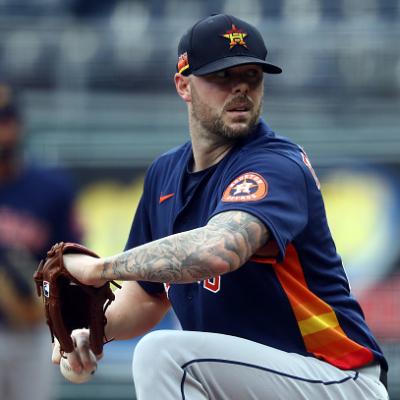 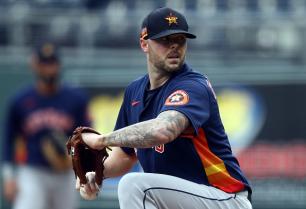 MLB Christian Yelich getting a day off Wednesday

G. Sparkman - RP
KC
Royals placed RHP Glenn Sparkman on the 10-day injured list with a right forearm strain.
It's an injury that would figure to knock him out of commission for a while. Scott Blewett has taken Sparkman's spot in the bullpen.
Added 5:32 pm (EST)
Added 5:32 pm (EST)

C. Rodón - SP
CWS1
Preliminary scans taken of Carlos Rodon's left shoulder came back negative.
It's certainly good news for a guy who has had to battle through various injuries over the years. The White Sox are hopeful that Rodon can be ready to return in a few weeks.
Added 5:24 pm (EST)
Added 5:24 pm (EST)

E. Encarnación - DH
CWS1
Edwin Encarnacion is considered day-to-day after being diagnosed with SC joint inflammation in his left shoulder.
Encarnacion had to leave Tuesday's game with the injury, but it sounds like it could have been much worse. Yasmani Grandal is in the designated hitter spot Wednesday, with James McCann doing the catching.
Added 5:18 pm (EST)
Added 5:18 pm (EST)

N. Burdi - RP
MIN
Pirates placed RHP Nick Burdi on the 45-day injured list with a right elbow injury.
The team hasn't provided any other details, but the injury would appear to be serious since they're already putting him on the 45-day IL. Burdi had Tommy John surgery back in 2017 and missed most of last season following surgery to correct thoracic outlet syndrome. He had been the top option to close lately for the Pirates, at least until Keone Kela (COVID-19) returns.
Added 4:46 pm (EST)
Added 4:46 pm (EST)

B. Bielak - SP
HOU
Brandon Bielak will make his first major league start on Thursday versus the Diamondbacks.
He appears to be supplanting Josh James, who looks to be headed back to the bullpen. With Bielak starting Thursday, Zack Greinke will be pushed back a day and take the ball Friday versus the Athletics. Bielak is worth taking a look at in deeper formats.
Added 4:32 pm (EST)
Added 4:32 pm (EST)

R. Montero - RP
TEX
Rafael Montero (elbow) is on track to be activated from the injured list this weekend.
Montero got a late start to the season because of elbow tendinitis, but he threw an inning at the Rangers' alternate training site Wednesday and appears ready to go. With Jose Leclerc (shoulder) on the shelf, Montero could be considered for the closer role. The club might ease him back into high-leverage situations, though.
Added 4:21 pm (EST)
Added 4:21 pm (EST)