Rick Wolf takes you through our custom tools and coaches to make lineups for the single-entry daily fantasy sports site Fantasy Factor. 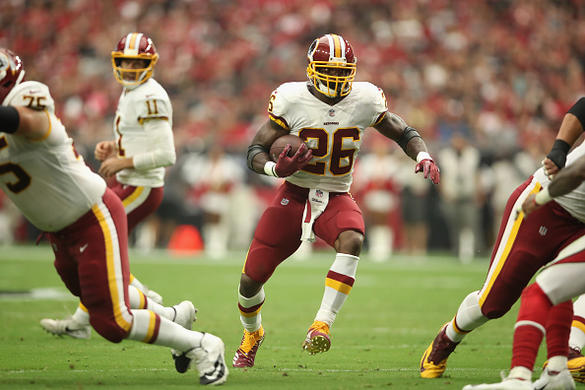 Last week, I played multi-entry at DraftKings and FanDuel using the export function in the Lineup Generator.  BAD IDEA.  With all the multi-entry contests for big cash prizes, they cannot be won without using A LOT of lineups.  Well, I do not want to risk $10,000 on 500 lineups.

So, I like the SINGLE-ENTRY tournaments  at Fantasy Factor.  This week I also played in the survivor contest and tried SQUARES for Sunday Night Football.  It is fun to just have one game to pick and have numbers to win a prize.

I like games of skill though.  So, we made all our tools work for Fantasy Factor and you can play this weekend using them.  Last week, I gave you all the tools that you could use.

Let’s make it even easier this week to create a lineup.

Start with the DFS Coaches where you can learn about some of the best plays at each position, but more importantly you can find the most consistent players through eight weeks, but clicking on the consistency tab.

Our Weekly Projections page is a great resource in finding diamonds in the rough.  Click on the Value column.  Last, I use our Lineup Generator to complete the process.  This custom tool pulls in 33 metrics plus the editors’ views on players to give you winning lineups for Fantasy Factor.

Here are some good bargains uncovered from using the this simple 15-min process.

For the future Hall of Famer, this is an insulting salary.  In five of the seven games that Peterson has played in this year, he has had 95 yards or more rushing.  That is a great floor.  He is not catching the ball out of the backfield, but 100 yards and a TD is great value for the price.  We noted above that the Falcons or the penultimate in points allowed to running backs with a crazy 31.8 in the Fantasy Factor. 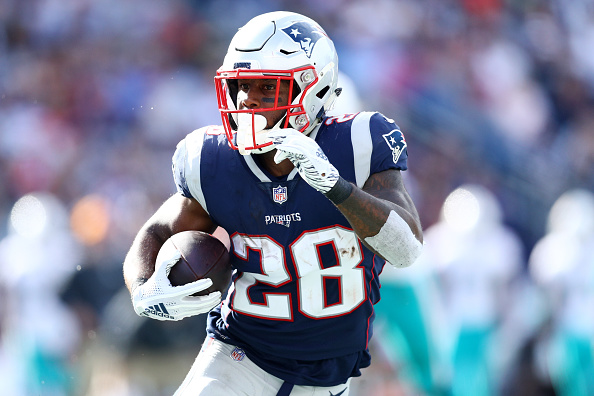 White has been Ton Brady’s go to guy receiving the ball out of the backfield.  He has 6 TDs in 8 games so pretty good chance that he hits paydirt.  He is one of the most consistent players in fantasy as the catches keep him piling up points and when he scores, he is a top 5 running back for the week.

Adams is a touchdown machine with six touchdowns already.  Aaron Rodgers has targeted him 78 times this year.  The Patriots have a very bend but don’t break offense that should allow Adams to get back to his 12+ targets which means 9 or so receptions and 100+ yards for the fourth straight time.  He has three 130+ yard games in a row.  He is playing like the league’s best receive so take the discount and own him.

Gronk was limited in practice on Wednesday and didn’t practice at all on Thursday.  At the time of this writing, he was participating in practice and all indications are that he will play.  With only one touchdown this year, that cannot continue for the most prolific scoring at the tight end position in the last five years.  I take the risk here and note that Jimmy Graham is $3700 if I need a late switch for him on Sunday Night.

OK.  Let’s make a lineup.  Locked these four into the lineup and BOOM.  The Lineup Generator gave us Calvin Ridley who I REALLY like this week plus the combination of Alvin Kamara and Drew Brees with Christian McCaffery.  Looks like a great lineup.  Time to go play. 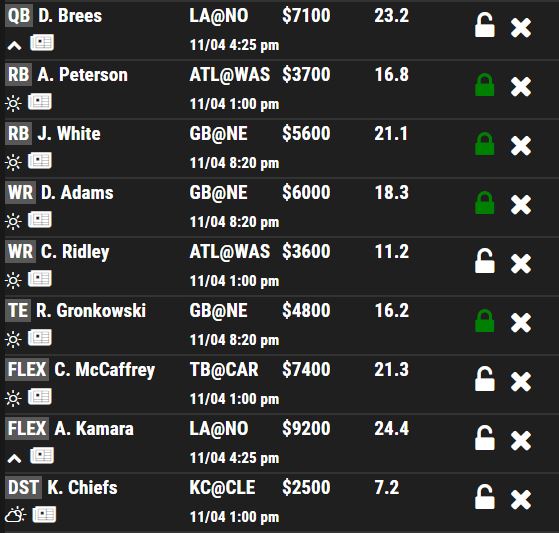 Come join me and if you want to discuss in email, I can always be reached at rick@fantasyalarm.com.

Thanks for playing and BE A FACTOR this year! 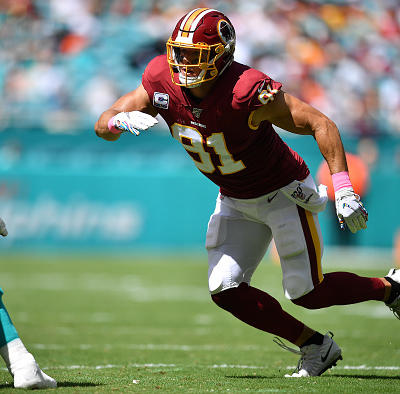 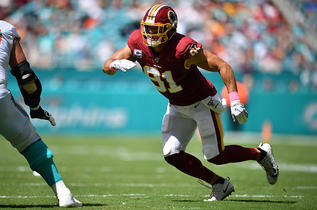 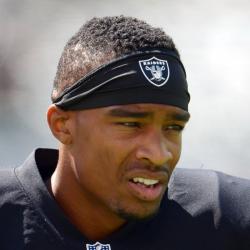