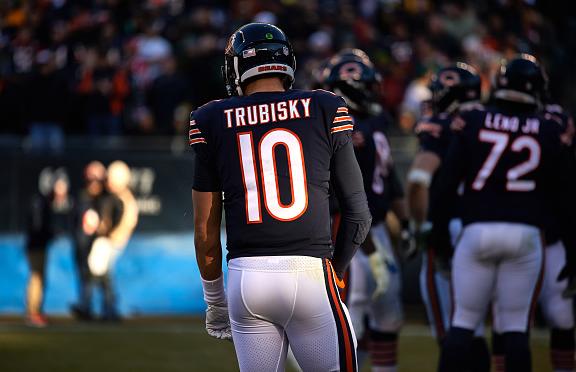 YES. Philadelphia has run the ball more since Nick Foles took over for Carson Wentz , but even so, they finished the season with 201 more passing attempts than rushing attempts. The Bears passed more than they ran as well, though the margin was much closer. Even so, Yes is the obvious choice.

NO. The Bears have the best rushing defense in the NFL. If Philadelphia starts with the ball, I’m definitely saying no. I won’t feel as good about this call if the Bears are on offense first, but it seems likely they will begin with some sort of easy pass to get Trubisky’s feet wet in his first playoff start.

YES. This is awfully close. I feel like the mostly likely outcome of the opening drive is for Philadelphia to go three-and-out, but even if they do, they could easily complete passes to two different receivers. Foles likes to spread the ball around, and he has plenty of different options to choose from. I’m guessing at least Zach Ertz and one of the running backs catches a pass in the opening drive, and I also wouldn’t be surprised to see Alshon Jeffery get off to a hot start against his former team.

YES. The Bears offense has been great on opening drives, when the Bears can script their plays and the defense hasn’t had a chance to adjust to Matt Nagy’s gameplan. I think this is absolutely a risk worth taking considering the payoff.

NHL Max Domi may not be eligible to play in playoffs

NASCAR Chastain 3rd in points after 6th at Indianapolis