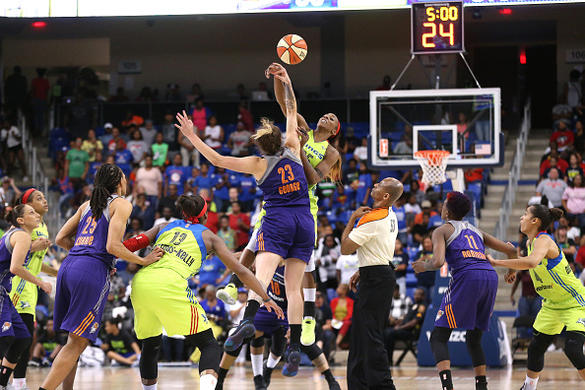 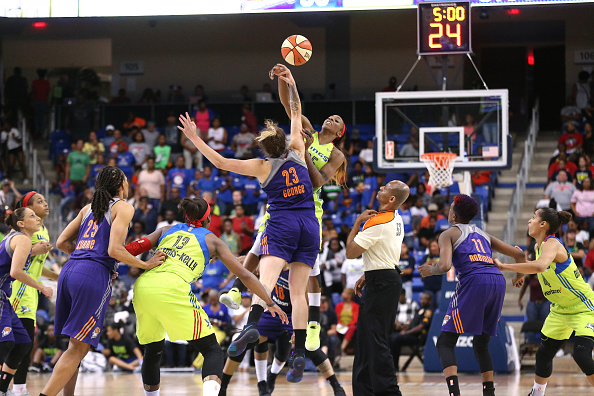 Finally, the Rock, I mean, the WNBA, has come back to Phoenix. There is only one game on the docket both Friday and Saturday, but I won’t let that dampen my enthusiasm. The WNBA is back, and Friday’s matchup between the Dallas Wings and Phoenix Mercury should be a good one. To be honest, I would probably be excited about any two teams matching up, just because I am ready for the WNBA season to start and ready to watch more basketball on TV since the NBA took Thursday off. That being said, we get an awfully intriguing matchup to start the season.

Dallas doesn’t have quite as much depth in the backcourt, but what they lack in quantity, they make up in quality. Skylar Diggins-Smith is arguably the best point guard in the WNBA, while Allisha Gray is the reigning Rookie of the Year. They are probably more reliable fantasy options than their teammates just because they are more assured of playing time.

Speaking of playing time, I am fascinated to see how the Mercury divvies up time amongst all of their options. MVP-candidate Brittney Griner is the only Mercury player assured of 30+ minutes per game. Phoenix added DeWanna Bonner, Sancho Lyttle and Briann January in the offseason, and they will compete with the likes of Diana Taurasi, Leilani Mitchell and Camille Little for minutes. Griner will probably be the only consistent fantasy option on this team, but everyone else has the potential for a big game every time they step on the floor.

Before we get to some of the players I am targeting for Friday’s Tip-Off contests, we have a bit of housekeeping. Our plan for the 2018 WNBA season, as it was in 2017, is to produce a WNBA Playbook and Optimal Lineups every day that features three or more WNBA games. We will have another Tip-Off preview for Saturday’s Chicago Sky-Indiana Fever game, and we return to normalcy after that. As always, if you have any questions regarding one or two-game slates (or anything else, for that matter), hit me up on Twitter or in the comments of any of my WNBA articles.

NBA Jayson Tatum no longer on the injury report

NBA Jimmy Butler could be back later this week