Greg Jewett and Matt Selz revisit their new stat to try and show who's been the most efficient reliever in baseball and the best bullpens. 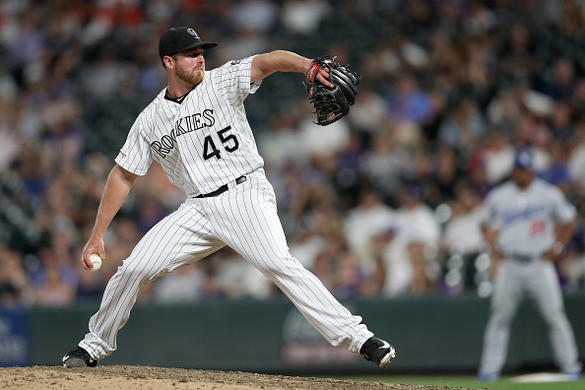 With the trade deadline fast approaching, the saves chasers will be paying close attention to the rumors to target the next arm up in bullpens where the closer gets dealt. But, knowing which relievers faring the best in high leverage could provide valuable insight in identifying relievers to stash in the next two weeks.

There’s been some interesting movement since the initial launch of the metric on the Fantasy Alarm site. Especially within the top five high leverage pitchers in the last run of the numbers.

Here's how the top-36 based on average rank shape up so far:

Matt Selz worked diligently to get all relievers listed, not just the qualified ones to provide a more accurate portrayal of bullpens and performance. Here’s a recap of the top five relievers as of the latest ranks:

A. Judge - RF
NYY1
Aaron Judge was lifted for a pinch-hitter in the sixth Tuesday after hitting his ninth homer and walking against the Braves.
Manager Aaron Boone said afterwards that he was just trying to sneak Judge some extra rest in a game the Yankees were leading 8-3. "Coming off of four days on the turf and with a little bit of leverage there, just trying to be smart with these guys," Boone said. "Judge hasn't really had that day down. I gave him the DH day (on Aug. 5) and I just want to make sure we're being smart with everyone."
Added 11:44 pm (EST)
Added 11:44 pm (EST)

B. Gardner - LF
NYY
Brett Gardner's average fell to .184 after he went 0-for-4 and struck out twice against the Braves on Tuesday.
Gardner has three homers in 13 games, but that's really the extent of his offensive contribution this year; he has just four other hits and he's struck out 14 times in 42 plate appearances. He'll probably get somewhat better as the year goes along, but it still looks like Mike Tauchman is the better player. Clint Frazier might be an upgrade, too. One wonders if the Yankees will begin gradually reducing Gardner's role.
Added 11:41 pm (EST)
Added 11:41 pm (EST)

M. Ozuna - LF
ATL1
Marcell Ozuna had a three-run homer and a double in a losing cause Tuesday against the Yankees.
Ozuna has already struck out 23 times, which is a little disturbing, but he's still batting .273 with four homers, five doubles and 11 RBI in 78 plate appearances. Batting behind Ronald Acuna Jr., Ozzie Albies (when he's not on the IL) and Freddie Freeman should allow Ozuna to rank among the NL leaders in RBI this season.
Added 11:38 pm (EST)
Added 11:38 pm (EST)