Drew Phelps explores every Fairway, reads every Green and uses his DFS Golf experience to put together a winning DFS Playbook for the Shriners Hospitals Children Open. 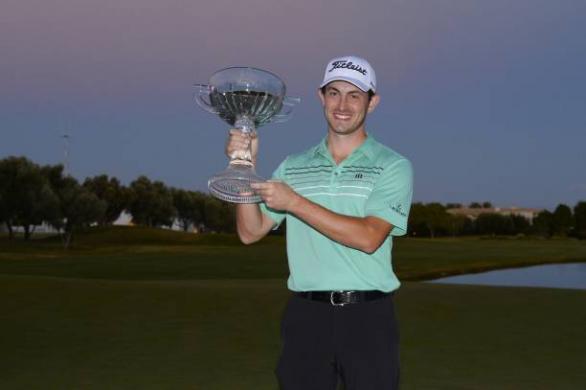 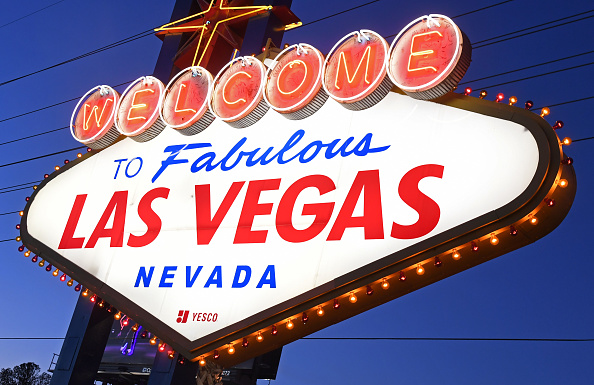 VEGAS BABY!  The PGA Tour fall schedule heads to Las Vegas, Nevada for the Shriners Hospitals for Children Open.  Despite COVID-19 still being ever present, the lure of Sin City brings in a much improved field and also the chance to play on one of the better courses in the country.  The tournament is played at TPC Summerlin which was designed by Bobby Weed and consulted on by Fuzzy Zoeller.  It is consistently ranked by Golf Digest as one of "America's Best" in their "Top 100 Modern Golf Courses in the United States."  Some of the previous winners you may know over the last decade are Ryan Moore (2012), Webb Simpson (2013), Patrick Cantlay (2017 - 1st PGA Tour Victory), Bryson DeChambeau (2018) and Kevin Na twice (2011 & 2019).  All of those players will be in the field this weekend.

The course went through a major overhaul a few years back after nearly 25 years.  All 102 bunkers were redone and fitted with white sand.  In a lot of the cases, they were relocated to enhance the value of strategy for today’s talent. The course itself stretches out 7,225 yards and is a Par 71.  That distance is deceiving because of the thin air in Las Vegas, it plays a lot shorter than the actual distance.  The 280 hitters hit it 300, the 300 hitters can stretch it to 320 and so on.  We need birdie makers this weekend because eight of the last ten editions of this event the winner has ended at 20 under par or better.  Players have got to finish 3-5 under par each day to even have a shot at finishing in the Top 10.  Putting is a vital stat every single week and when you look at Kevin Na’s history of winning on this course, it was done on the greens.  In this tournament, the greens in regulation for even the worst golfers are very high.

Before you read this playbook and say to yourself, why didn't he put Bryson in his playbook?  You are more than welcome to play Bryson, he's the man coming off the biggest win of his career.  He's really expensive and I'll have a few shares but I'm going to have more of Webb and Cantlay at the top of the pricing sheet this weekend.  He's a previous winner here and if you can fit him into your lineup, go for it.  I'm putting the players that I will have heavy exposure to this weekend.

It should be a fun week in the desert for these players and hopefully we all can bring home big cash in DFS.  Good luck! 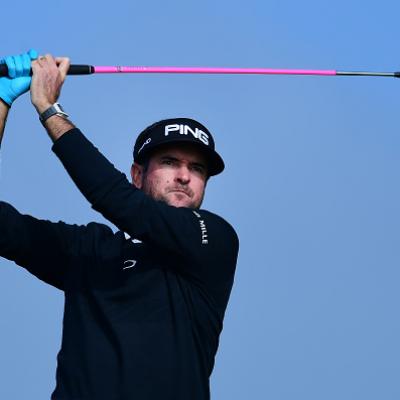 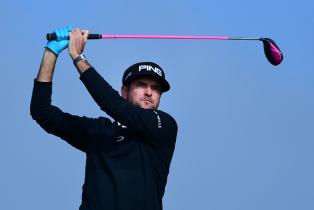 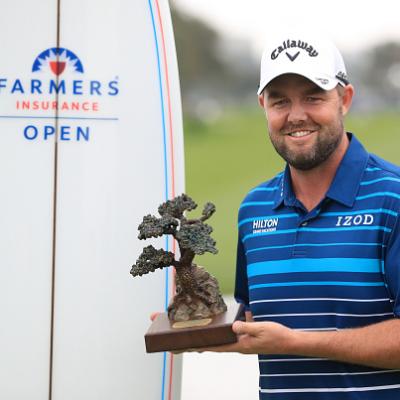 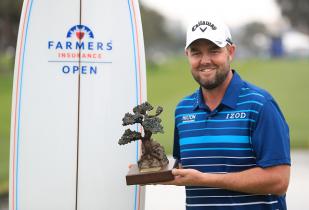 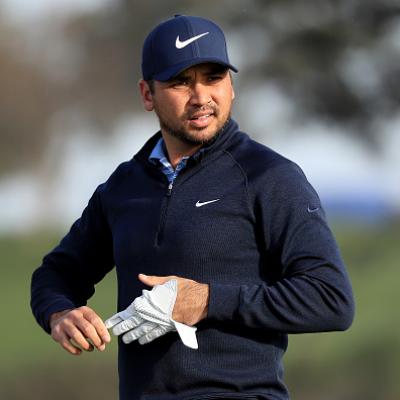 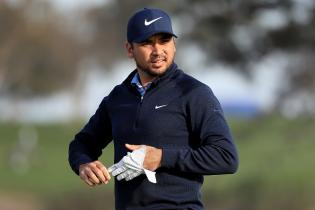 PGA Sung Kang (back) a WD ahead of the Farmers

PGA Rahm dismisses injury concern ahead of the Farmers

PGA Kamaiu Johnson (COVID-19) a WD ahead of Farmers

S. Kang - G
Sung Kang has removed his name from the field prior to the start of the Farmers Insurance Open, citing a back injury. The next alternate, Bill Haas, will take his spot in the field.
Kang has been active this season, already racking up 10 starts, earning a paycheck in four of those. That includes a T29 at the Masters Tournament, his only result to really write home about. As for his track record at Torrey Pines, Kang struggled at first but was arriving with top 20s in each of his last two trips to La Jolla, California. Gamers should remove him from all weekly lineups.
Added Yesterday 7:18 pm (EST)
Added Yesterday 7:18 pm (EST)

J. Rahm - G
Jon Rahm was a pre-tournament WD ahead of last week's event but is feeling physically fit ahead of this week's Farmers Insurance Open.
Rahm backed out of the AmEx last week on Monday and reports came in that he was nursing an injury. It was partially true but he also squashed any concern of a lingering issue, "That was blown out of proportion like crazy. It was a little bit of a tweak in the gym, nothing much..." I could have played last week. I decided not to just because I didn't want to force it." With Rahm's fitness no longer a concern we can turn to his course history at Torrey Pines. The Spaniard enters with a win, T29, T5, and runner-up finish in four tries at the Farmers. It's a very good course for him so it's no surprise to see him start the week as a +650 betting favorite.
Added Yesterday 5:04 pm (EST)
Added Yesterday 5:04 pm (EST)

B. Watson - G
Bubba Watson has his fair share of success at Torrey Pines and he'll make his way back this week for the Farmers Insurance Open.
The big-hitting lefty is a natural fit for a course that stretches out past 7,700 yards. It's no surprise to see a win on his Farmers resume, then, winning the 2011 edition with a four-day tally of 16-under 272. Watson has played this event nine times in total with three other top 10s to pair with the victory. More recently, he is 4-for-4 with a pair of top 10s to start the new season. He's yet to play in 2021 yet, though. There might be a little be of rust to shake off for Watson this week but on paper he's a great course fit and should still be considered in mostly fantasy formats.
Added Yesterday 5:00 pm (EST)
Added Yesterday 5:00 pm (EST)

R. Sloan - G
Roger Sloan readies for his fourth appearance at the Farmers Insurance Open as he makes his way back to La Jolla, California, this week.
The 33-year-old arrives with four cuts made in eight starts this season. The highlights are a T16 at the Bermuda Championship and a T23 at The RSM Classic. Both of those are shorter venues but this week he'll see the beefy South Course at Torrey Pines which plays host of the Farmers. Sloan has lost strokes to the field in 5-of-8 rounds played at this event en route to a pair of missed cuts and a T64 (2015). On the bright side, he arrives with positive strokes gained tee-to-green in each of his last five measured events. That makes him a viable salary-saving option in DFS formats this week.
Added Yesterday 4:54 pm (EST)
Added Yesterday 4:54 pm (EST)

X. Schauffele - G
Xander Schauffele has struggled at the Farmers Insurance Open over the years but will look to snap out of that course-history slump as he preps for his sixth appearance at the event.
Schauffele enters the week with a 1-for-5 record at the Farmers Insurance Open, despite this being his home course in high school. In the past, he's talked about the added pressure of friends and family adding pressure to the event but today he also had another reason for his underperformance, "Yeah, as weird as this may sound, I've consistently been sick." This year he got the illness out of the way early when he came down with COVID-19 over the holiday break. More recently, his form is as steady as it gets. Schauffele has finished T25 or better in 13 straight events, dating back to the Travelers Championship last June. Gamers should weigh the pros (current form) with the cons (course history) before decided whether to plug him into their lineups this week.
Added Jan 26 7:37 pm (EST)
Added Jan 26 7:37 pm (EST)

M. Leishman - G
Marc Leishman slumped on the back-half of 2020 but has rounded his game back into shape ahead of his attempted title defense at this week's Farmers Insurance Open.
The Aussie finished T40th or worse in each of his first eight starts coming off the restart last year. He struggled to gain any momentum but a T13 at the fall Masters the first sign his game was close. After the holiday break, he's come out of the gate with a T24 at Kapalua and then a T4 at the Sony Open. "I'm feeling good. The Sony Open was great, I played well at Maui as well, just putted a little better at Sony. It's been well documented I didn't have my best stuff towards the middle and end of last year after we had the break. I've got that under control now and that's in the past, so I'm ready to go for this week." Turning his attention toward Torrey Pines now, last year's win wasn't his first taste of success at the course. Leishman is 10-for-12 in his career at the Farmers with a pair of runner-up finishes, a T8, and a T9 to go along with his 2020 victory.
Added Jan 26 7:11 pm (EST)
Added Jan 26 7:11 pm (EST)

K. Johnson - G
Sponsor's invite Kamaiu Johnson has removed his name from the field ahead of this week's Farmers Insurance Open, citing a positive COVID-19 test result. Willie Mack III will receive an invite in his place.
Johnson was set to play his first PGA TOUR event this week but that will have to hold off a bit longer. The 2020 APGA Tour Championship winner provided a statement, "To say that I’m disappointed would be a massive understatement. I’ve dreamed of playing on the PGA TOUR for a long, long time, but health and safety come first. It’s times like these where you have to keep focusing on the bigger picture at hand, and from my experience, a fork in the road often has an interesting way of leading to new opportunities. Getting a brief glimpse of the Farmers Insurance Open and what it would be like to play on the PGA TOUR only further ignites the fire inside me to work that much harder to chase the dream of playing on TOUR full-time." This is tough news for Johnson but you hope the TOUR finds a way to pay him back with an invite into another upcoming event. Taking his spot will be Willie Mack who will have his PGA TOUR debut moved up a few weeks with this news. Mack received the Charlie Sifford Memorial Exemption to play in the Genesis Invitational which takes place in three weeks.
Added Jan 26 7:02 pm (EST)
Added Jan 26 7:02 pm (EST)

B. Koepka - G
Brooks Koepka has reportedly parted ways with his longtime swing coach, Claude Harmon III, with the split happening a few days after the 2020 Masters.
Eamon Lynch of Golfweek reported the news, getting the confirmation from Harmon during a post-win interview for another one of his clients, Si Woo Kim. Harmon told Golfweek, "I was informed on the Wednesday after the Masters that he wanted to go in a different direction."  Koepka says he still considers Harmon family which could lead to a reunion at some point in their future. We saw Dustin Johnson split with CH3 last June but that split didn't last long. As for Koepka, he is 0-for-2 since parting ways with his longtime coach (missed cuts at Mayakoba and The American Express). He will look to get back on track this week as he preps for the Farmers Insurance Open at Torrey Pines.
Added Jan 25 8:55 pm (EST)
Added Jan 25 8:55 pm (EST)