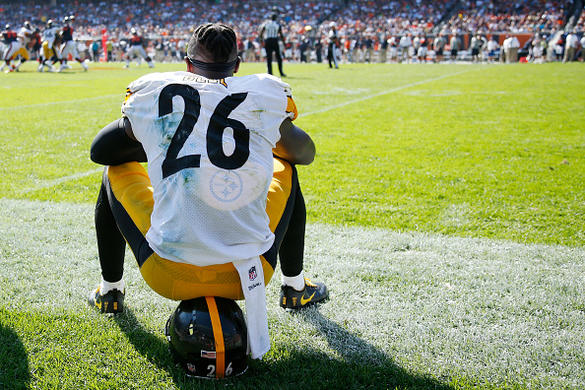 For Whom The (Le’Veon) Bell Tolls

Arguably Ernest Hemingway’s finest work, For Whom The Bell Tolls chronicles the story of an explosives expert during the Spanish Civil War – Robert Jordan. Much of the story is set to the backdrop of Jordan and his fellow guerrilla’s who are tasked with blowing up a bridge during an attack on the city of Segovia. Throughout the novel, Hemingway paints with a literary brush, outlining overarching themes of death, suicide, and steadfast ideology.

Now here you are, reading a fantasy football article and here I am trying to bore you with an English lecture.

That is not exactly the case.

Hemingway’s story actually bares some striking resemblance to the Le’Veon Bell saga, upon further review, and it is far more than just giving me a catchy headline to use for my article.

Over the summer, the reality of Le’Veon Bell holding out for a new contract was all but guaranteed. He was going to hold out, as were the Steelers, and before the...