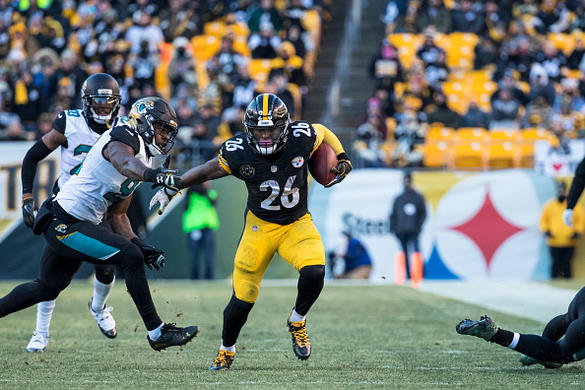 Week 7 was a rather weak one at the running back position, as there were only three backs to rush for over 100 yards and only two backs to receive more than 20 carries. Only three backs had over 30 PPR points and only eight broke the 20 point barrier. Now whether this was just because of random occurrence or because of the four teams on byes, ultimately I feel like we are in for a better and more productive Week 8.

In this edition of “The Running Back Workloads” below I will recap and break down the Carlos Hyde trade and then I will deliver some more potential deals that I think could happen in the coming days. Finally, at the bottom, I will give you three DFS plays for Week 8 at the running back position.

By now it is no secret that Carlos Hyde has been traded to the Jacksonville Jaguars for a fifth round pick. But considering the timing of everything, I have yet to be able to give you my take on the matter…

In a nutshell, this should be alarming for

D. Jackson - WR
PHI
Eagles released an official statement regarding DeSean Jackson's anti-Semitic messages on his Instagram.
"We are continuing to evaluate the circumstances and will take appropriate action" the organization announced in a press release issued Tuesday afternoon. The full statement can be viewed in the link below. Jackson also offered a video apology for the quotes, stating he does "not have hatred towards anyone" and "didn’t realize what this passage was saying." This matter is far from resolved.
Added 12:06 pm (EST)
Added 12:06 pm (EST)