Colby Conway introduces you to his Category Impact series and what you can expect from him in upcoming articles. 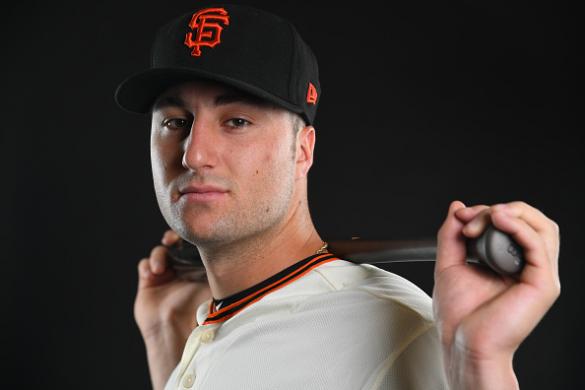 This FREE PREVIEW of the Category Impact article series is part of our Premium Fantasy Baseball content as part of the 2020 MLB Pro Package which is ON SALE NOW for just $49.97 -- 50% Off standard price! Get the MLB Pro Package HERE

This is wayyyyyy later than I thought I would ever be writing this piece, but alas, we are here. Or at least we think! Opening Day is right around the corner, hopefully, and we might finally get to see some Major League Baseball on our televisions! Yes, live baseball, not the NLCS Game 6 from six or seven years ago, or an instant classic from the late 80s! We hopefully have made it, and while we are from in the clear, we are closer than we were yesterday, so that’s a plus. Fingers crossed we do in fact get our season, at least what remains of it.

In a 60 game season, with essentially is what we will consider a sprint, it’s all about capitalizing on hot streaks and racking up the stats while you can. This article will be exactly that for you. Each week, I’ll pick a few guys that can help your team in at least one category. In a short sprint, we aren’t necessary worried about the longevity or legitimacy of the categorical impact, but more so how can we get this guy on our team? Even if it’s only for one week, a hot streak can pay large dividends and help your team immensely.

The randomness of this season could be rather wild, prompting us to pick up some players we might otherwise not be interested in. Let’s pick a few random seven day stretches last season, to pull out some surprising names for statistical dominance.

Players will have shorter leashes this season on your fantasy team, because you simply cannot afford to lose precious statistics in a shortened season where every game matters. That’s not a cliché, or typical “coach speak” here, because every game really does matter.

If you’ve already drafted, free agency is likely open in your league, and while we don’t have player performances to really analyze at this point, aside from intrasquad scrimmages, but we have had some players who’ve opted out, which opens the door for some guys to produce. Since it’s just a primer for the rest of the season, let’s just wet your whistle with an appetizer version of this article, before we get into the entrees in the coming weeks.

Joey Bart , C – Here’s to hoping the Giants give him some run. Tyler Heineman, Rob Brantly and Chadwick Tromp are the likely candidates to open the season behind the dish, but keep your eye on Bart. He’s the most talented catcher they have, and sure, he needs some seasoning, but with Buster Posey opting out of the season, why not let Bart get some run at the major league level? Since being drafted in the first round of the 2018 draft, Bart has hit .284 in the minors, highlighted by hitting .316 wth four home runs and 11 RBI in 22 games at the Double-A level. There’s certainly some risk here, as he’s not a guarantee to open the year, but he’s one you should definitely keep your eye on. If it’s not in July, by mid-to-late August, he could be making fireworks, and adding some pop to a production-devoid position.

Zack Britton , RP – Aroldis Chapman tested positive for COVID-19, and the Yankees should be looking for Britton to pick up the slack in the ninth during his absence. Yes, Adam Ottavino could get some work as well, but Britton should get the lion’s share of the work. Last year, he posted a quality 77.2 percent ground ball rate, led by his sinker, and did a good job of keeping the ball in the ball park. His FIP (3.74) indicates some regression in that category, considering his ERA was just 1.91 last year, but he posted career bests in terms of average exit velocity and launch angle, per Baseball Savant. If he can generate more misses with his slider, and trusts that pitch more, he could be valuable beyond just saves/holds.

Until next week, ladies and gents! Stay safe, stay healthy and don’t forget to follow me on Twitter @colbyrconway. Cheers!

C. Holmes - RP
PIT
The Rangers have announced the hiring of Chris Young as their new general manager.
Jon Daniels had been the team's president of baseball operations and GM but will now drop the GM from his title. Interestingly, one of Daniels' first moves as Texas' GM was trading Young along with Adrian Gonzalez to the Padres back in 2006. Young had been in the running for the Mets' GM gig, but he removed himself from consideration to take the Rangers' job, in part because he lives in Dallas. The Princeton grad was most recently employed by Major League Baseball as an executive.
Added Yesterday 4:14 pm (EST)
Added Yesterday 4:14 pm (EST)