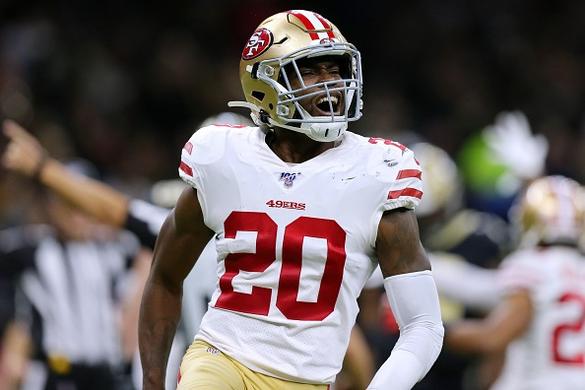 In the event your league is still playing for the championship in the final week of the regular NFL season, good luck. It is a tough time to garner early information about which teams will be sitting their best players, which is why the majority of fantasy football leagues wrap up the action in Week 16 (hint, hint). It also makes for tough roster decisions, but below are few lesser owned IDP that could fill in as you go for the trophy in your league. As always, best of luck in your fantasy efforts; it has been a pleasure to provide these articles for your perusal over the past several months.

Davis has a superb matchup, facing the Panthers who top the list of teams allowing points to opposing linebackers. Since the Week 9 bye, he has been on a tear, racking up four sacks, nine pass deflections (PD) and 57 of his 109 total tackles (TT) collected this season, 45 of the solo variety. He also picked off a pass during that stretch.

Pratt was previously featured in the IDP Report way back in Week 7, so he is due for another mention as the season winds down. Since becoming a more integral part of the Bengal LB corps in Week 11, he has stepped up his performance, nabbing 48 of his 71 TT on the season. He is coming off a double-digit tackle effort in Week 16, and now gets to face in-state rival Cleveland, the sixth most generous team with respect to LB fantasy production.

Beasley has collected four sacks in the past three contests, and has 6.5 since the bye week break in Week 10. He is just a so-so tackle option at LB, but if you are looking for big play production in the way of sacks, he is a great option.

Anderson was able to play in Week 16, so while he is still limited in practice with a knee issue, he is expected to suit up in Week 17’s contest against the host Bills. Buffalo has been generous in allowing sacks of late, so there is that potential along with his usual handful of tackles.

Collins is featured due to a good matchup against Washington at home, although he is really only useful in DT-mandatory leagues. His Week 17 opponent has been giving up sacks recently, so if he can get pressure on the QB and contribute a few tackles, he has some value.

Jenkin’s Eagle team heads to New Jersey to take on the Giants, a great matchup for the starting strong safety. He is averaging 5.5 TT per contest over the past six weeks, and has stepped up the PD numbers, with four over the past four games.

Walker is another IDP that graced this article months ago, back in Week 2. He has been a steady performer all season long, on a team that has struggled to keep opposing offenses off the field, resulting in great tackle production (97 TT through Week 16, 77 solo). He is being asked to back up a depleted linebacking corps for the Lions, and should see plenty of tackle opportunities when Green Bay visits this Sunday.

Kazee is in line for a great game, facing the fifth ranked team in allowing fantasy points to opposing safeties when the Falcons head to Tampa Bay to wrap up the regular season. He has been inconsistent with his fantasy point manufacturing, but that has generally coincided with poor matchups, not the case in this coming contest.

The rookie corner has been seeing significant playing time over the past three games, and he has produced in both the tackle department as well as contributing big-play fantasy point production to increase his value. The Jaguars are a middle of the pack matchup, so do not expect the moon, but steady value has its place in IDP leagues, too.

Ward’s tackle numbers have fallen off the past two weeks, that despite a pair of decent matchups. Thus, the good matchup in Week 17 against the Seahawks is not necessarily a harbinger of good things, but his overall performance as the 49ers starting free safety and his general availability in leagues makes him worth consideration if you have need of a defensive backfield fill-in for the final game of the fantasy season.

Mullen is expected to play in the Raiders’ final season game, despite being carted off the field in Week 16 with a neck/head injury. He has been a steady tackle machine for the Raiders this season, and was adding PDs at an increased rate in the second half of the season.

As noted above, it is a notoriously difficult time to predict which players are going to even take the field in Week 17, and thus, except for those IDP listed in the Injury Report below, there are no defensive players worthy of a demotion based on recent performance as the fantasy season winds to a close.

Remember, the first team listed is the one to use your IDPs against. Do not go crazy, and play a LB5 against the Panthers, but certainly you will do well if you own a top LB on the Saints, Eagles or Falcons, or a DL on the Texans (or perhaps a Titan DE on the other side of the field) that you can plug in this week, for the most part.

J. Doctson - WR
NYJ
Doctson has agreed to a deal with the Jets.
For a full breakdown and detailed player analysis GO PRO and join the Fantasy Alarm Family! CLICK HERE to unlock your PRO package and take advantage of instant savings!
Added 12:30 pm (EST) 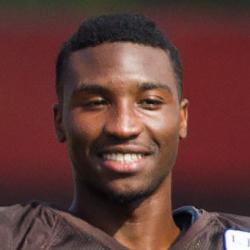 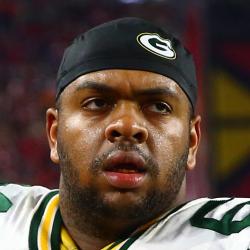 T. Suggs - LB
KC
Suggs made four assisted tackles across three playoff appearances with the Chiefs. He notched 40 tackles (24 solo), 6.5 sacks and four fumbles (one of which he recovered) in 15 combined regular-season games with the Chiefs and Cardinals.
For a full breakdown and detailed player analysis GO PRO and join the Fantasy Alarm Family! CLICK HERE to unlock your PRO package and take advantage of instant savings!
Added Yesterday 3:30 pm (EST)