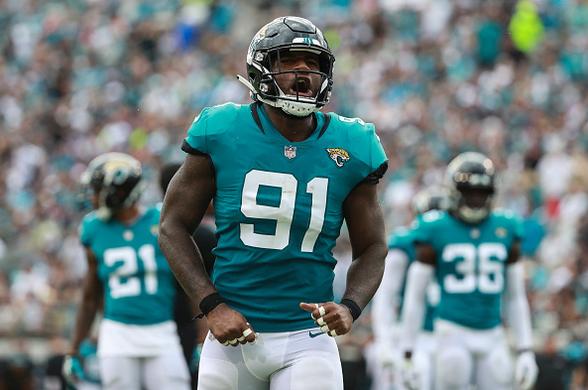 Plenty of rising IDP to target on the wire this week, with just a few that are falling out of grace. Tons of injuries, as is the nature of the NFL, but that also means opportunity for other players. There is much to peruse this week, so let’s stop dawdling and get to the analysis.

Bradham helped his owners with quite a prolific stat line in Week 6: six solo tackles, one sack, a tackle for a loss (TFL), a QB hit (QH) and a pass deflection (PD). He is playing the majority of snaps on defense, which makes him useful in any IDP setup.

Vernon returned to the Giant lineup last week, and snagged two solo tackles (one TFL), with a sack and a pair of QH. He is especially valuable in...