Matt Selz gives you a break down of the top prospects and which ones to watch for the Arizona Diamondbacks Farm System in the latest MLB Farm Report. 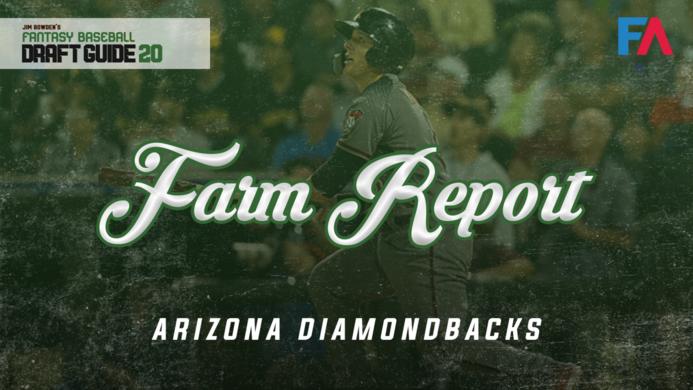 The Diamondbacks have one of the best farm systems in terms of sneaky depth of any system in the league. It became clear a few seasons ago that they weren’t going to compete with the Dodgers and to an extent Colorado without restocking their roster with young, homegrown talent and that’s what they’ve been busy doing. They used some nice trades to bolster it as well as drafting well over the last few years in the next couple of seasons, we’ll see a brand new looking, young, and talented Arizona roster.

Robinson was one of the top international prospects in his signing class of 2017 as very toolsy outfielder with a very athletic frame. That hype has paid off to this point as he’s been aggressively moved up through the system to full-season A-ball...

C. Wilcox - SP
SD
Padres added RHP Cole Wilcox to their 60-man player pool.
The Padres lured Wilcox away from returning to Georgia by giving him a third-round record $3.3 million signing bonus. While he will be given a chance to start over the long haul, it's possible the Padres could view him as an option for the bullpen this season.
Added 12:28 pm (EST)
Added 12:28 pm (EST)