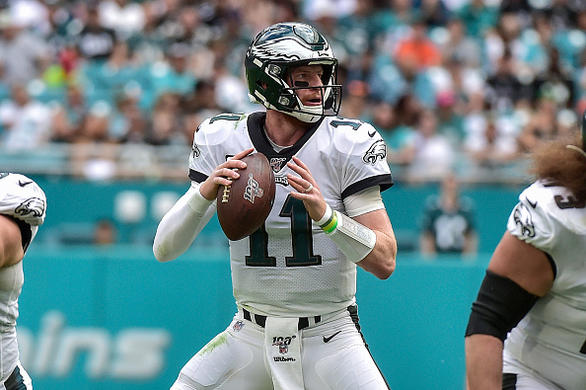 As the regular season reaches its home stretch and fantasy playoff sports were locked in in Week 13, it proved to a be pivotal week in results, and that’s including the Red Zone chances that arose.

Carson Wentz , QB PHI – After struggling for a few weeks, granted he was missing some key targets, he returned in a big way in Week 13 with his best passing day inside the 20 on the year. The 13 attempts topped his previous season-high of 11 and produced three touchdowns inside the 20 with them being spread between the backfield and wideouts, including one just returning after a few week absence. Wentz, and the Eagles, still have the NFC East title in their grasp with how poorly the Cowboys have played of late and if Wentz can continue these types of games, which he can given his MVP-caliber play in his career, Philadelphia could sneak it’s way to the fourth-seed in the NFC playoffs.

Gardner Minshew, QB JAC – We got the news that the mustached one...