Fantasy Baseball Daily Round Up: September 8 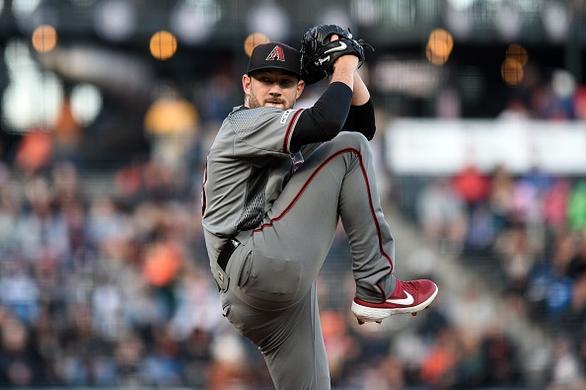 Want to draft SIMPLE? Grab yourself the Fantasy Alarm Ultimate Cheat Sheet today! Updated DAILY! It's the only thing you need to bring in to your drafts or auctions! Use code BOWDEN for an EXTRA 15% off!

Alex Young takes home spotlight honors with a lights-out performance against the Reds. He tossed eight shutout innings in a win. He gave up just two hits, but the biggest surprise of this outing was his 12 strikeouts. It was a new career high and his first time reaching double-digits. In fact, it was only his second time going above five strikeouts (12 starts). While he hasn’t been great in the strikeout department, he’s done a solid job of limiting offenses, as this was his eighth time of giving up two or fewer runs. He led all players in DFS scoring on both DraftKings and Fanduel. He will carry a 7-3 record and 3.38 ERA into his next outing.

Mitch Garver swatted a pair of home runs, walked once, and drove in four runs in the Twins 5-3 win over the Indians. It’s been a strong breakout season for Garver as he is now hitting .275 with 28 home runs and 61 RBI across 81 games played.

Christian Yelich went a perfect 2-2 with a double, three walks, a RBI, a run scored, and three stolen bases. Yelich looks well on his way to a second straight MVP as he is now hitting .329 with 44 home runs, 98 runs, 97 RBI, and has stolen 30 bags. Somehow, he has managed to be way better this year than he was last year.

Matt Olson went a perfect 4-4 with a home run, a walk, three RBI, and a pair of runs scored. It has been a breakout year for Olson, who is now hitting .275 and has matched his career high in home runs with 29. His previous best average was .259 and the 29 home runs he has matched with 54 less games.

Edwin Encarnación had a good night at dish, going 2-5 with a home run, a double, and three RBI. He is now up to 32 home runs, 78 runs, and 81 RBI through 105 games played. His .239 batting average isn’t the best, but it’s only slightly lower than Fantasy Baseball owners should have expected.

Harrison Bader went 2-4 with a double, a walk, a stolen base, and a pair of RBI. He is still only hitting .209 for the year, but he is up to eight steals and seven home runs across just 277 at-bats, which is what makes him so intriguing. He will be a very solid fantasy asset next year if he plays every day and hits .250, because he would easily reach the 15-15 mark. 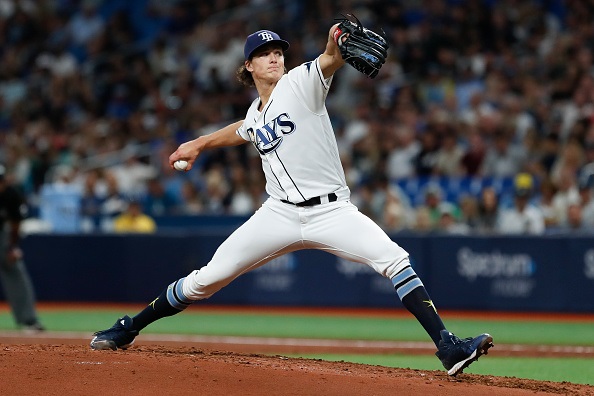 Tyler Glasnow (6-1, 1.86 ERA) will make his return to action after a lengthy IL stint. Glasnow was off to a very dominant start and was the early leader in the AL Cy Young department, so it will be worth monitoring how he looks in his return. Hopefully he avoids any setbacks.

Max Scherzer (9-5, 2.60 ERA) vs. Mike Soroka (11-3, 2.53 ERA) is our top pitching matchup of the day. Mad Max hasn’t quite been his dominant self since coming off IL and he will have his hands full with the Braves lineup. Soroka will look to bounce back from a subpar outing his last time out in which he gave up three runs over five innings of work.

Jack Flaherty (9-7, 3.14 ERA) will look to keep his impressive run going when he takes on the Pirates in Pittsburgh. He has compiled a 0.90 ERA over his last 11 starts and has struck out 85 batters across 70.1 innings pitched in that span. 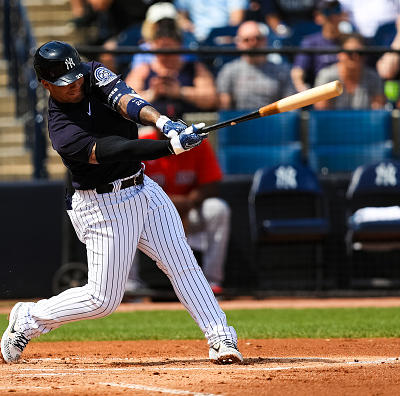 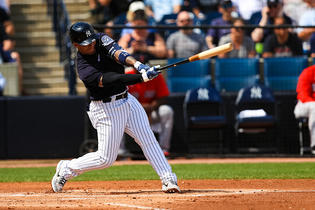 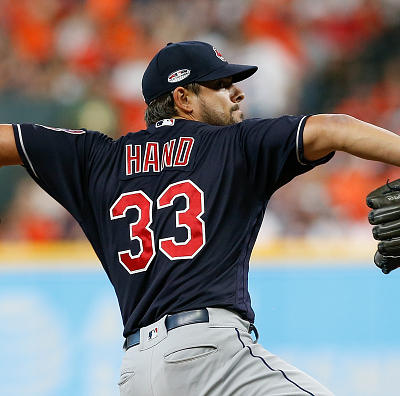 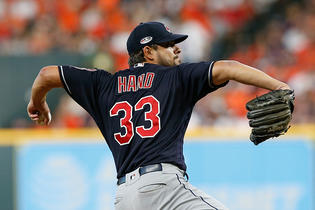 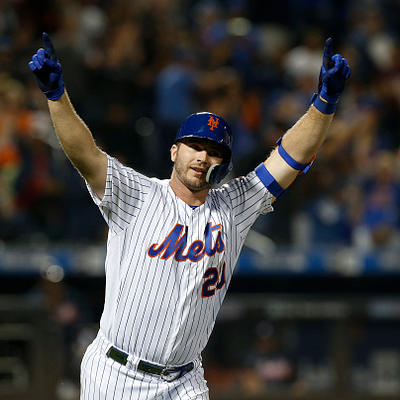 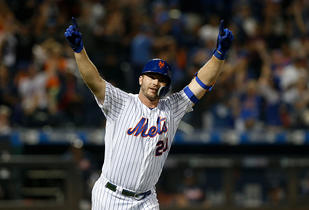 MLB Boone: Judge (rib) to be evaluated in a few weeks

A. Judge - RF
NYY
Yankees' manager Aaron Boone shut down the rampant speculation that the club was considering moving Aaron Judge to first base.
For a full breakdown and detailed player analysis GO PRO and join the Fantasy Alarm Family! CLICK HERE to unlock your PRO package and take advantage of instant savings!
Added Yesterday 10:17 am (EST)

A. Miller - RP
STL
Andrew Miller (arm, fingers) continues to make progress in figuring out why he has been unable to get a feel for his pitches this spring.
For a full breakdown and detailed player analysis GO PRO and join the Fantasy Alarm Family! CLICK HERE to unlock your PRO package and take advantage of instant savings!
Added Yesterday 10:04 am (EST)

B. Buxton - CF
MIN
Byron Buxton (shoulder) is expected to be ready to play whenever the season begins.
For a full breakdown and detailed player analysis GO PRO and join the Fantasy Alarm Family! CLICK HERE to unlock your PRO package and take advantage of instant savings!
Added Mar 27 2:15 pm (EST)