Justin Vreeland recaps today's games, looks at who is hot and who is not, and more on tonight's Closing Bell. 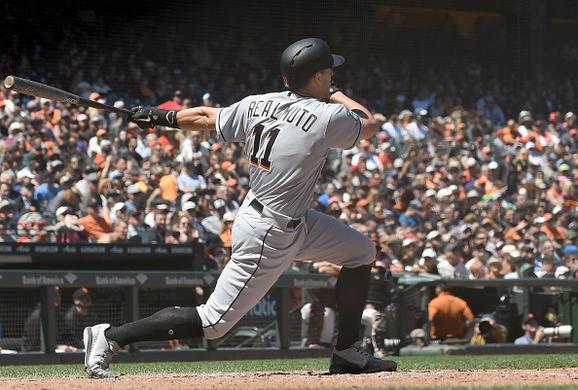 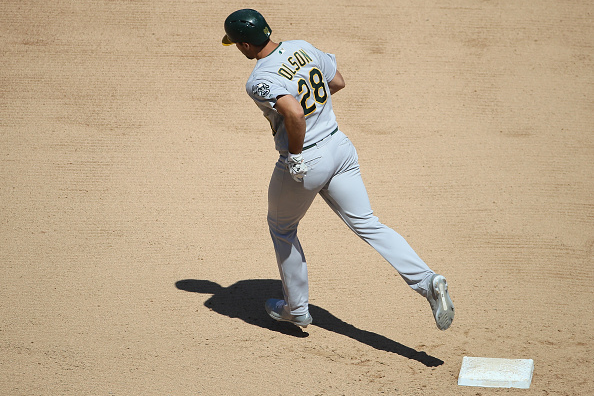 The Athletics defeated the White Sox 7-6: Despite only getting two innings from their starting pitcher Daniel Mengden , the A’s managed to complete a comeback win. Mengden gave up five runs in two innings of work and was pulled with a right foot sprain. Matt Olson smacked his seventeenth home run of the year. Stephen Piscotty had a nice game as well, finishing 2-for-3 with a home run, a walk, two RBI, and two runs scored. Blake Trienen picked up his seventeenth save of the year by tossing 1.2 shutout innings to lower his ERA to a minuscule 0.98. The bright spot for the White Sox was Tim Anderson who stuffed the stat sheet today going 2-for-4 with a home run, three RBI, two runs, and a stolen base. He now has 13 home runs and 15 stolen bases.

The Rangers took down the Twins 9-6: Adrián Béltre smacked his fourth home run of the year and Robinson Chrinos clubbed his ninth. Jurickson Profar drew the start at third base (Beltre was the DH) and swiped his fifth bag of the year and scored a run. Profar continues to play multiple positions and will gain added position flexibility in fantasy. Elvis Andrus finished 0-for-5 with two strikeouts and is now just 2-for-21 with two singles and six strikeouts since returning from the DL. Keone Kela converted his eighteenth save of the year and lowered his ERA down to 3.67. On the Twins side of things, Eddie Rosario and Logan Morrison were the lone bright spots and drove in all six of the Twins runs. Rosario smacked his seventeenth homer of the year and drove in four. LoMo hit a two-run dinger, his eighth home run of the season.

The Marlins score five in the seventh inning to beat the Rockies 6-2: Trevor Richards delivered a strong outing for the Fish as he tossed six innings of one-run ball and struck out eight. J.T. Realmuto supplied the majority of the offense by swatting a grand slam in the seventh. It was his tenth home run of the year and he is arguably the best catcher in baseball right now. For the Rockies, all of their offense came on a solo home run and a sac fly, both by Gerardo Parra .  Parra is 24-for-63 in June (.381) and has rose his batting average from .275 to .305.

Wilmer Font gave the Rays 5.2 shutout innings against the Yankees in route to a 4-0 win. Willy Adames finished 2-for-4 and smacked his second home run of the year.

Yadier Molina belted two home runs and drove in three to lead the Cardinals to a 3-2 win over the Brewers. He now has eleven home runs in what has been a late career power-surge for Molina. Miles Mikolas hurled 6.2 innings of two-run ball and struck out five.

After giving up two runs in the first inning, Aaron Nola righted the ship and finished the game with six innings and those lone two runs against. He struck out five and is line for his ninth win of the year with the Phillies currently leading over the Nationals 5-3 in the eighth inning.

Zack Greinke is looking good for the Diamondbacks today; he is through five innings with no runs against and six strikeouts. They are currently leading over the Pirates 5-0 in the top of the sixth inning. David Peralta is 2-for-3 with a triple, double, and three RBI.

Tommy La Stella did not do much out of the leadoff spot for the Cubs, but he did make this catch:

Look out. Tommy La Stella has a baseball to catch. 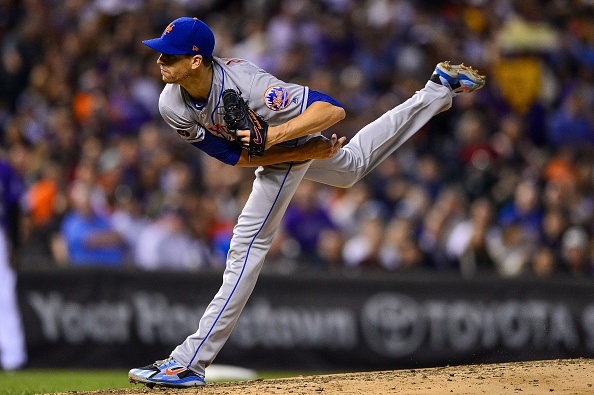 Clayton Kershaw vs. Jacob deGrom ; who comes out on top? Kershaw is making his return from a second DL stint. deGrom has pitched seven or more innings and given up two or fewer earned runs in seven consecutive starts.

The Red Sox scored five runs against Mike Leake in his last start, will today be a different story? The Red Sox lead MLB in both runs scored and in runs scored against right-handed pitching.

Marcus Stroman makes his first start since May 8; can he improve on his 0-5 record and/or 7.71 ERA?

Will J.D. Martínez or Mike Trout hit their league-leading 24th home run and break their tie at the top?

J. Guerra - RP
ARI
Junior Guerra (COVID-19) has returned to summer camp for the Diamondbacks.
Guerra was able to return after testing negative for COVID-19 twice. He had tested positive back on July 5. The 35-year-old is expected to be a big part of the Arizona bullpen after signing a one-year, $2.55 million contract back in December.
Added 6:53 pm (EST)
Added 6:53 pm (EST)

B. Morrow - RP
CHI
Robert Murray, formerly of The Athletic, reports that the Cubs are releasing Brandon Morrow.
Baseball America also has Morrow's release listed in their transactions page. The right-hander was re-signed as a non-roster invite in December, but dealt with a Grade 1 calf tear that kept him from throwing for the final two weeks before the COVID-19 shutdown. The hard-throwing right-hander has dealt with a bevy of injuries in his career, and while this could just end up being a logistical move, it's also possible that Morrow's time with the Cubs is coming to a disappointing end. Jon Heyman of MLB Network reports that Morrow underwent a procedure for a pinched nerve, and does plan on pitching during the shortened 2020 campaign.
Added 6:20 pm (EST)
Added 6:20 pm (EST)

J. Teheran - SP
LAA
Angels manager Joe Maddon told reporters that Julio Teheran might not be ready for the start of the season.
Teheran is currently awaiting results from a COVID-19 test, but is hoping to join the Angels by the weekend. Even if he is able to report at that time, it does sound like because the former Atlanta starter will be behind, he may need a little bit more time before he's ready to join the Los Angeles rotation. While it may result in missing a start or two -- a bigger number than normal because of the truncated season, obviously -- it sounds like he should be there for the majority of the campaign.
Added 6:01 pm (EST)
Added 6:01 pm (EST)

M. Tanaka - SP
NYY
Masahiro Tanaka (head) was able to exercise again on Wednesday.
Tanaka has been able to do work on a stationary bike over the last few days after being diagnosed with a mild concussion that was caused by a liner off the bat by Giancarlo Stanton on Sunday. The Yankees are taking things very slowly with the right-hander -- and they certainly won't rush a player with a head injury -- but it does appear that he's going to be able to return to the mound in a relatively short time.
Added 5:09 pm (EST)
Added 5:09 pm (EST)

C. Frazier - RF
NYY
Clint Frazier (foot) was able to do some on-field running on Wednesday.
Frazier was not able to participate in first-to-third drills, however. The 25-year-old outfielder is currently dealing with plantar fasciitis, so the Yankees are taking things slowly with the outfielder. He should be ready to go for the start of the season, but what type of role Frazier will have is very much up in the air.
Added 4:53 pm (EST)
Added 4:53 pm (EST)

R. Mountcastle - SS
BAL
Orioles added INF/OF Ryan Mountcastle and OF Mason Williams to their 60-man player pool.
Both players finished intake screening Wednesday. They will be assigned to the Orioles' Alternate Camp once it opens. Mountcastle seemingly should still have a shot to make an impact with the O's at some point this year.
Added 4:12 pm (EST)
Added 4:12 pm (EST)

J. Mateo - SS
SD
Jorge Mateo has tested positive for COVID-19.
Padres manager Jayce Tingler said that Mateo had lost some of his sense of taste and smell, although it has started to come back. Obviously, it's questionable now as to whether Mateo -- who was acquired from the A's last week -- will be ready for Opening Day.
Added 4:02 pm (EST)
Added 4:02 pm (EST)