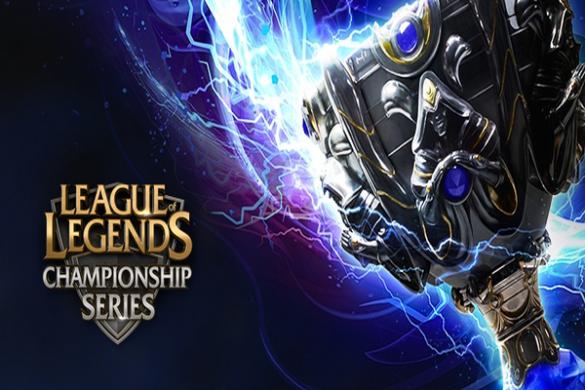 Sunday League of Legends pits first and second regular season placing teams Rogue and Mad Lions in the loser’s bracket for LEC. Meanwhile in North America, Team Liquid and FlyQuest face off in winner’s finals. Both matches are going to be absurdly close, but upon closer inspection, there are some individual differences between player skill level on each team.

Santorin is definitely an unorthodox choice for captain, but I do think there are reasons for optimism: I think Broxah has been the most “lacking” player on Team Liquid. While he’s fine individually and Jensen has been great, their actual 2v2 synergy hasn’t been spectacular and there exists discord between how they want to play the game. On the other hand, Santorin has been an MVP caliber jungler and has been a driving force in the resurgence of FlyQuest. I think FlyQuest has a stylistc advantage into Team Liquid, as shown in their victory over them in the regular season: Jensen can’t strictly “out lane” PowerofEvil, Broxah cannot punish Santorin’s control style, and Impact can’t significantly punish Solo. IgNar’s roaming style has slotted well into FlyQuest, and will pair well with Santorin to punish Broxah. That being said, I think another fantastic option for captain is Carzzy. He’s the most expensive captain, but bottom lane has been a relative weakness for Rogue while MAD have an extremely solid pairing in Carzzy and Kaiser. Between the two, it’s hard to choose, but I prefer Santorin due to his lower cost and higher overall KDA.

My reasoning for picking Solo over Impact is straight forward: I think a lot of Impact’s success later in the season has been predicated on Shen. I also think that FlyQuest will be smart enough to ban out Impact’s best champion. Aside from that, Solo has been solid. He was on Shen duty vs Cloud9 and looked solid despite having to blind top lane. Additionally, Solo had the 2nd highest KDA in the regular season, it doesn’t mean much, but Impact was sitting at 5th despite being on the winning-est team. Solo was an underrated gem this season, and I think over all FlyQuest just have the superior top side: it helps that IgNar is more active on the map, and has a tendency to support top side while CoreJJ is more focused on straight domination. If you want a different top laner, I’d actually choose Orome over Finn. Finn’s performance against FNC was pretty woeful, meanwhile Orome had some fantastic games against Odoamne on picks like Camille. It’s hard to choose between the two, but I definitely lean into the recency bias of Orome’s solid performances.

Shad0w has been the Summer MVP for good reason: he’s by far the most mechanically proficient jungle in the entire league. He put Gilius in the dirt in MAD’s match against Schalke, and looked better on the day against Jankos. While I think Selfmade has a higher ceiling, I think that Shad0w is better mechanically- it helps that Inspired has lost his killer instinct as of late, while Shad0w has stepped up nicely to compensate for underperformances elsewhere. I think Shad0w has what it takes to carry the game for MAD. Inspired is clearly intelligent, but Shad0w has hands. If you’re looking for a different jungler, I would pick up Santorin here if you chose a different captain for the before mentioned reasons.

Mid lane is the most difficult role on the day. Each player has clear strengths and weaknesses between Jensen, PowerofEvil, Larssen, and Humanoid. PowerofEvil has a great jungler, but can be stylistically lacking. Larssen has a high mechanical ceiling, but is prone to overplaying in an attempt to carry his team. Jensen is a solid all around player, but lacks synergy with his jungler. Humanoid is solid in the regard that he is likely the most “complete” player out of each of them, the issue is he can display some mechanical weakness. However, Humanoid has the best pairing with his jungler, and he serves Shad0w very well and offers a good lane to play around. Larssen’s aptitude to overplaying is seen as far back as Rogue’s 2019 summer with his infamous Corki package, which sealed him out of Worlds last year. If you’re not convinced by Humanoid, it’s a tough sell, but I prefer PowerofEvil to Jensen. Nothing wrong with Jensen in the slightest, just that I believe FlyQuest has a more complete team than Team Liquid. I think Team Liquid’s success is mostly due to the weakness of the LCS as a league as opposed to them being good, and I think WildTurtle coming back into form has greatly improved FlyQuest to be potential champions in play-offs this split. Also, being stylistically limited is hardly a limit when your style is working out very well for yourself.

ADC is similarly difficult to choose: Tactical and WildTurtle is too close to call due to their supports both being fantastic, but I do think that MAD’s bottom lane is superior to Rogue’s, while Rogue may have the better mechanical mid laner, Carzzy has shown brilliance at times despite being lacking since the meta was shaken. I do think that an upward trend is indicative of Carzzy coming back into form, despite the fact his past performances were against Neon, one of the weaker ADCs in the league. Carzzy did have a solid performance against G2’s Perkz and Mithy, which goes a long ways to assessing the strength of MAD. While I think Hans is a solid player, I think Carzzy and Kaiser have the potential to be the best bottom lane in the LEC on the correct day, while I don’t feel the same way about Vander and Hans. If you want a different ADC, I would actually choose Tactical. WildTurtle has been fantastic, but I think IgNar will finally be punished by CoreJJ and Tactical when IgNar roams, and Turtle will be the one with the short end of the stick.

As before mentioned, I think Kaiser has the highest ceiling out of any support in the league. He’s a natural innovator, and MAD’s success earlier in the season was based around their fantastic jungle and support. Kaiser has invented picks like Pantheon support and Wukong Senna bottom lane, and now would be a fitting time for MAD to throw out their newest creation onto the rift. Vander is a solid player with some of the lowest death numbers in the league, but his relative safety as a player contrast’s Kaiser more assertive nature. Kaiser is a player who will rack up points. Otherwise, I would recommend CoreJJ for the reasons mentioned above: he’s just a fantastic player and a likely pick for summer split MVP.

All things considered, I would choose FlyQuest. I think their team is more resistant to curveballs than anyone else, and they are not confused by new additions to the meta either. They know who they are, tanky top laner, variety jungler (typically something with gank assist), control mage mid lane, meta ADC, and support who can impact the map. Meanwhile, teams like Team Liquid have a wider breadth of what they are capable of playing. However, against a team like FlyQuest, that does not matter much. “When you are ignorant of the enemy, but know yourself, your chances of winning or losing are equal.” – Sun Tzu. That being said, if you’re not convinced by FlyQuest, we would recommend MAD Lions over Rogue.

Excluding G2 members, I think Shad0w has the highest mechanical ceiling out of any player in the LEC. His Lee sin is truly something spectacular, while I don’t like Lee sin as a champion, players like Shad0w and the titans of LPL truly make that champion look useful in ways that other players just don’t. Humanoid has come into his own this split, and while he had the occasional bad performance, he has proven to the world that SPY ’19 going to worlds was not a fluke. These two work together well and comprise a very solid 2v2.

Santorin’s career has had its ups and downs, but at this current moment, Santorin is at an all time high and is one of the best junglers in North America, if not the best jungler. While FlyQuest didn’t have a difficult time in play-offs considering their match-ups, they are more than deserving of being called the 2nd best team in North America, if not the 1st. In the mid lane is PowerofEvil, who has become one of the best team fight mid laners in North America alongside Bjergsen. While taking down Jensen will be no easy task, I do think FlyQuest have an invaluable tool in Santorin. Broxah hasn’t been bad, but he definitely hasn’t been a top tier jungler since coming to North America. He played impressively against Closer, but that’s not spectacular seeing he had a much superior top side. Either way, this is Santorin’s chance to make a mark.

This is the bottom lane that should, in theory, be the best in the LEC outside of G2. Both players have tremendously high mechanical ceilings, and they’re incredibly smart too. Unfortunately, these two can be off the same page at times and it leads them into bad scenarios. Kaiser and Carzzy were both at the top of the league earlier in the split, and their match against Schalke looked like a much needed return to form. It’s really up in the air on who is the better bottom lane on the day, but the information granted to us from Friday’s game would lead us to believe it’s Carzzy and Kaiser.

Santorin vs Broxah is strictly favorable for Santorin, the issue comes in with his team and especially his bottom lane. All things considered, I would definitely give the edge to FlyQuest. Shad0w and Carzzy are two different matters: Shad0w was the king of the regular season, 2nd to only Gilius once he made his return, and perhaps Selfmade when he was on his game. Inspired is by no means bad in the slightest, but Shad0w’s mechanical ceiling is quite frankly absurd. On the other hand, Hans Sama has been a relative weak point for Rogue, while Kaiser and Carzzy have been top of the league. Hans isn’t bad either, but he is the weakest out of the ADCs still in play-offs now that Neon has been eliminated.

Don’t get me wrong, I fully understand why FlyQuest and their players are so cheap: they were 3rd in the regular season, and TL was 1st. Also, going 5 games against EG and 4 against C9 isn’t as convincing as a 3-0 dumping of GGs. What I will say though, is that TL’s series against GGs was in many ways closer than FLY’s series against C9 if you’re looking strictly from a game to game basis. Additionally, Solo has been an absolutely fantastic player in top lane, and Santorin is easily MVP caliber. I’ve been wrong before, but I definitely think FlyQuest have an overwhelming chance to take the series on the day.