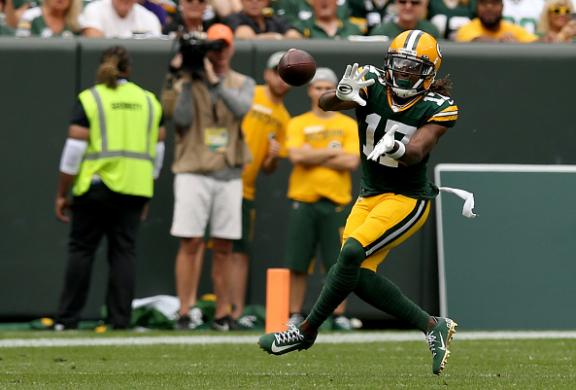 Well it’s been one hell of a fantasy football off-season to say the least. As free agency began, so did COVID-19. We saw some big names change scenery with the biggest one going from Boston to Tampa Bay. Others were sent packing by their teams in trades and others are still waiting to sign. The draft went on as scheduled except we didn’t get to see Vegas in all its glory, but instead got to see Roger Goodell in his basement, a place that David Portnoy wasn’t welcome. OTA’s were cancelled and TB12 went to the wrong house to pick up his playbook in Tampa. Camp was supposed to start this past week, but instead we have positive tests and opt outs. Folks, it’s going to be quite a ride.

To get you prepared for this roller coaster ride which will be way worse than any you can experience at Cedar Point in Ohio, the Mock Draft Army is back! Many of our regulars won their leagues and I can say that I made the playoffs in seven of my eight leagues and took down my first ever main event in the FFPC. Mock drafting works. Howard Bender’s idea about 10 years ago of having live drafts with real people is the best way to prepare. It helps you zig when the draft room zags.

We got off to a rocking start in our first mock with the retired general Bender joining in along with Jim Coventry from Rotowire, Sean Mitchell from Fantasy Alarm, and many familiar names to the Army. It was a 17 round mock with PPR scoring and starting lineups consisting of QB, 2 RB, 2 WR, TE, Flex, K, and Def.

I drew the 9th slot in this 12 teamer. It’s probably my least favorite position this year as the first 8 picks have been pretty chalk. Maybe not in the exact order but CMC, Barkley, Zeke, Kamara, Michael Thomas , Cook, Mixon, and Henry were the top eight in both non SFlex mocks this week. The 9th slot is where we see the divergence. Some would go running back with Miles Sanders, Kenyon Drake, or Nick Chubb . Others would go WR with Devante Adams, DeAndre Hopkins or Julio Jones . I’m sure there’s an occasional Travis Kelce thrown in for good measure. 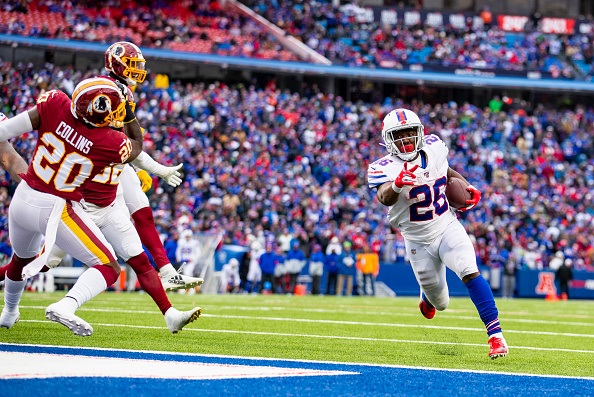 Since this was the first MDA mock of the year, I decided to go with two WRs in the first two rounds and see what type of RB would be left for me in rounds three and four. So I started with Adams and had the choice between Hopkins and Julio and went with Nuk in round two.  When the picks got back to me in round three, I was slightly ill. My top choices were Melvin Gordon , David Montgomery , Devin Singletary , Le’Veon Bell, and Raheem Mostert .  I took MGIII in round three and after Monty went two picks before me, I took Singletary over Bell and Mostert.  Mostert was considered, and Bender took him with the next pick which made me think twice about that decision. At this point with Kupp/Thielen/Sutton/Woods still available, a RB in round 1 or 2 may have been the better choice.

By going with two WR first, I had to go RB with my next two picks. Jim Coventry may have benefitted from this move.  In round five most elected to pick a 3rd RB or WR.  Jim picking on the turn looked at the board and saw both Mark Andrews and Zach Ertz available and snagged both. Jim was surprised that they were both there as he has them as round three types. It brings up a good point.

This is what the mocks are for. Did the drafters purposely let the TEs slip as they concentrated on RB and WR? Is this what you would see in late August, early September when real drafts will be taking place? In the mocks the next two nights Ertz went in round four in both and Andrews went in the 4th and 5th. We’ll see what happens next week.

There weren’t many surprises the rest of the draft. The Fantasy Alarm evaluator splits up the standings by starters/bench/total.  Twin Power took home the starters honors, and Howard took home the bench and total honors.  It was a great start to the mock draft season.  Next week we’ll see how things go with a 10 teamer and one with IDPs too! We’ll see if there are any trends starting to shape up as further news comes out with opt outs, injuries, and maybe the beginnings of news from camps.

Stay safe and look for this week’s schedule on RTSports at www.rtsports.com/mock-draft-army-football.  You can also follow me on Twitter @gasdoc_spit. 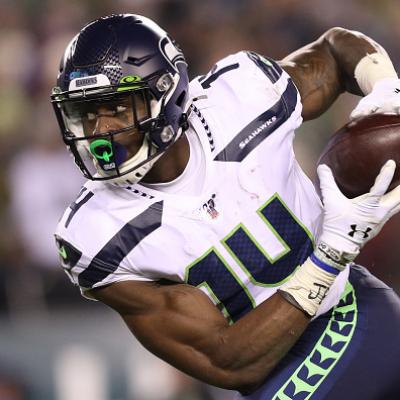 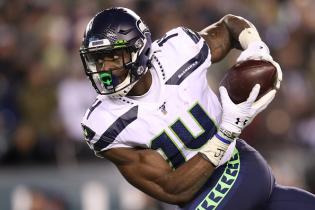 NFL Keenan Allen has big day on 19 targets vs. CAR

NFL Mike Davis gets 21 touches in Week 3 vs. LAC

NFL Metcalf scores late but fumbles away a second TD

J. Cook - TE
NO1
Jared Cook left Week 3 against the Packers with an ankle injury.
Cook was limping badly before he was taken to the locker room. He had two catches for 21 yards on three targets. Adam Trautman will pick up Cook's snaps.
Added 10:39 pm (EST)
Added 10:39 pm (EST)

L. Perine - RB
NYJ1
Lamical Perine rushed seven times for 24 yards, adding two catches for -1 yards in New York's Week 3 loss to the Colts.
Frank Gore out-touched Perine 16 to 9 as the rookie worked directly behind the veteran until the game got completely out of hand. Perine is an interesting addition off waivers based on the idea Adam Gase is let go if the team starts the year 0-4 after Thursday night's contest against the Broncos.
Added 10:24 pm (EST)
Added 10:24 pm (EST)

B. Berrios - WR
NYJ
Braxton Berrios caught all four of his targets for 64 yards and a touchdown in New York's Week 3 loss to the Colts.
Berrios was the lone bright spot for the Jets in an otherwise horrific performance, scoring the team's only touchdown after Sam Darnold bought time in the flats and found Berrios open in the right corner of the end zone. He also beat Xavier Rhodes for a 28-yard gain in the first quarter when the contest was still competitive. Berrios only received the opportunity because both Jamison Crowder (hamstring) and Breshad Perriman (ankle) were scratched, making the former a longshot for a full-time role unless those two aren't able to heal in time for Thursday's tilt against Denver.
Added 10:19 pm (EST)
Added 10:19 pm (EST)

K. Ballage - RB
NYJ
Kalen Ballage rushed two times for eight yards, hauling in all five of his targets for 44 yards in New York's Week 3 loss to Indianapolis.
Ballage was leaned on late when the Colts inserted its reserves in the second half, ultimately handling seven touches to Frank Gore's 16. Although Ballage's usage in the receiving game was plentiful, it's not something fantasy players should become accustomed to. He's a desperate flier in the deepest of leagues and nothing more.
Added 10:16 pm (EST)
Added 10:16 pm (EST)

C. Herndon - TE
NYJ1
Chris Herndon caught 3-of-5 targets for 21 yards in the Jets' Week 3 loss to the Colts.
The good news is Herndon lined up in the slot for a season-high 12 snaps. The bad news is that he still plays for Adam Gase and thus is nothing more than bench fodder for the foreseeable future. His five targets tied Kalen Ballage for a team-high mark without either Jamison Crowder (hamstring) or Breshad Perriman (ankle) available Sunday. Fantasy players can keep Herndon benched until Gase is inevitably removed from his coaching ivory tower.
Added 10:11 pm (EST)
Added 10:11 pm (EST)

F. Gore - RB
NYJ1
Frank Gore rushed 15 times for 57 yards in New York's Week 3 loss to the Colts.
Gore handled 15 of the Jets' 24 running back carries, averaging an empty 3.8 yards per run as the Colts' front-seven teed off on Sam Darnold throughout play. Even in shouldering 16 of the team's 32 backfield touches though, Gore isn't a viable option unless fantasy players find themselves reeling in 14/16-team leagues. Thursday's short turnaround against the Broncos makes for another horrendous matchup for the 37-year-old veteran.
Added 10:06 pm (EST)
Added 10:06 pm (EST)

J. Guyton - WR
LAC
Jalen Guyton caught 2-of-3 targets for 23 yards in the Chargers' Week 3 loss to the Panthers.
Coming off a touchdown catch on two targets last week, Guyton got a few looks from Justin Herbert against Carolina. He should stay on your local waiver wire unless Mike Williams (hamstring) misses Week 4 against the Bucs. Even then, Guyton is only viable in deep formats.
Added 10:03 pm (EST)
Added 10:03 pm (EST)