Ben Chiarot would recommend Montreal to any unrestricted free agent.

Of course, Chiarot signed with the Canadiens as an unrestricted free agent last summer, so he knows what he's talking about. But Montreal tends to struggle when it comes to recruiting free agents. “I would say if you like playing in front of a full building and a place where they love hockey—and there’s so much history in the city around the team and in the Bell Centre—it’s a perfect place to play as a hockey player,” Chiarot said on a conference call. “For me, there’s no better place to play than in Montreal. Hockey is everything there and I think, as a hockey player, that’s what you want. You want a place that cares and a place that loves hockey, and that was a big reason why I signed there. So that would be the first thing that I would tell someone if they’re were trying to decide on coming to Montreal.” Apr 16 8:03 pm (EST) 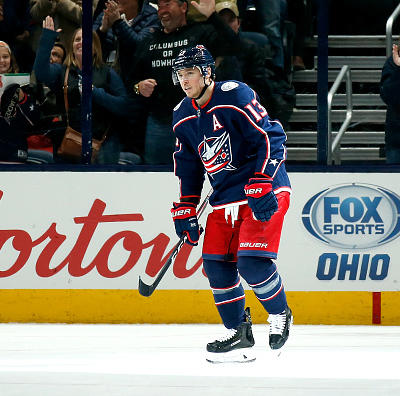 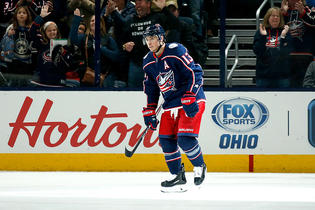 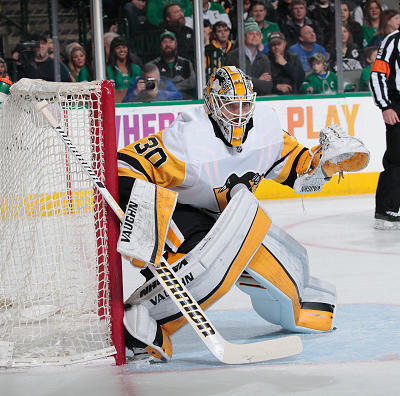 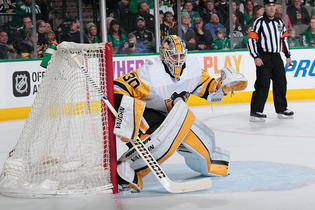 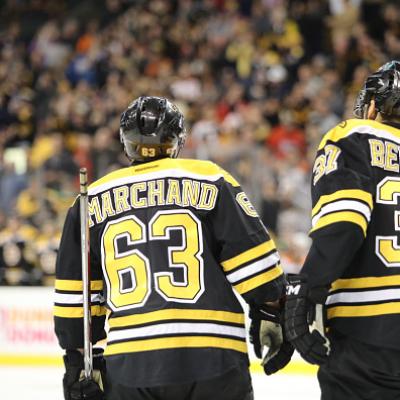 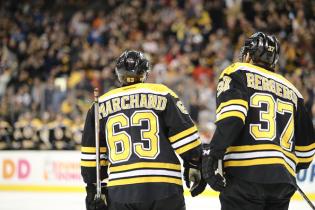 A. Ovechkin - F
WSH
Boston Bruins winger Brad Marchand called out Alex Ovechkin for breaching the COVID-19 rules.
There is no love lost between the two and Marchand put in his two cents worth Friday. “I think the big thing is, it’s more of a respect thing,” Marchand said. “We all want to be able to play, and there’s rules put in place for a reason. They’re not that hard to follow. We all know the consequences of breaking the rules, and we know what the rules are. So they brought that on themselves. We’ve all been told very heavily what we’re allowed to do and what we’re not allowed to do, so it is what it is on their side of things.” We can't wait for Saturday January 29 when the two teams meet again as it is the first possible time for Ovechkin and his three teammates to be eligible to return.
Added 8:31 am (EST)
Added 8:31 am (EST)

J. McCann - F
PIT
Jared McCann scored his first of the season Friday.
Well, he was given credit for the goal in which Rangers blueliner Ryan Lindgren knocked the puck into his own net after McCann was the last Penguin to touch the puck. McCann began the season with an assist in each of his first two games but was on a two-game pointless drought before Friday's game. He has some fantasy value but is more of a waiver wire pickup if you are desperate.
Added 8:24 am (EST)
Added 8:24 am (EST)

A. Fox - D
NYR
Adam Fox scored his first of the season Friday.
Fox's goal was on the power play as he has taken over from Tony DeAngelo as the quarterback of the first unit. DeAngelo returned to action Friday after being a healthy scratch the previous two games but it was still Fox on the first unit. Look for Fox to have a big season in New York as 30-35 points in 56 games is within his grasp.
Added 8:21 am (EST)
Added 8:21 am (EST)

A. Lafreniere - F
NYR
Alexis Lafreniere still has not picked up a point in his NHL career.
Lafreniere has played four games and the first overall pick in the 2020 Draft has yet to hit the scoresheet despite moving from the third line to second and finally the first line Friday where played with Chris Kreider and Mika Zibanejad.  Lafreniere played 15:06 including 2:35 on the power play but did not see the ice during the five minute overtime. He is an outstanding prospect and so don't drop him too soon from your fantasy team.
Added 8:06 am (EST)
Added 8:06 am (EST)

N. Dobson - D
NYI
Noah Dobson has three assists in four games as his role on the Islanders has grown.
While Dobson saw only 31:27 minutes of power play time last season, in four games this season he has already played 17:20 with the man-advantage. If he is still available in your fantasy league, he would be a worthwhile waiver wire addition.
Added 7:49 am (EST)
Added 7:49 am (EST)

H. Lindholm - D
ANA
Hampus Lindholm potted his first goal of the season Friday in a 3-2 overtime loss to Colorado.
Lindholm;s goal 47 seconds into the second period tied the game at 1 apiece. He had two goals and 22 points along with 71 blocked shots and 109 shots on goal last season in 55 games, giving him some fantasy value in very deep leagues.
Added 7:20 am (EST)
Added 7:20 am (EST)

R. Getzlaf - F
ANA
Ryan Getzlaf's assist on Hampus Lindholm's goal was his second of the season.
Getzlaf broke a three-game pointless drought after picking up an assist in the opener. The aging veteran has little fantasy value at this time.
Added 7:17 am (EST)
Added 7:17 am (EST)