Kirk Cousins completed 28-of-40 passes for 405 yards and three touchdowns in the Vikings' Week 17 win over the Lions.

There was more good than bad with Cousins in 2020. He set career highs in passing touchdowns (35) and touchdown rate (6.2%) despite playing behind a suspect offensive line. The Vikings were a run-first team at heart but lacked the defense to sustain leads, forcing Cousins into 32.25 attempts per game and eventually into a career-high 13 interceptions. If not for Justin Jefferson’s miraculous rookie season, things could have gone off the rails, but the rookie acted as a one-for-one Stefon Diggs replacement. With Cousins, Jefferson, Adam Thielen, Irv Smith, and Dalvin Cook all under contract for next season, the Minnesota offense will essentially be running it back in 2021. Albeit with a limited ceiling in the era of dual-threat quarterbacks, Cousins will have QB2 appeal then as long as the Vikings don’t bring in serious quarterback competition during the offseason. Their cap space will make that nearly impossible via free agency, so all eyes are on the NFL Draft. Minnesota can save $35M against the cap by cutting Cousins after the 2021 season. Jan 03 4:08 pm (EST) 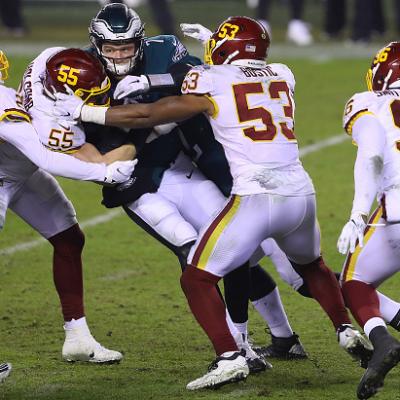 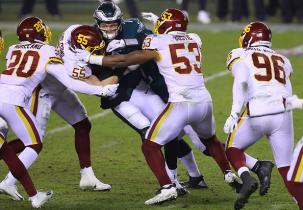 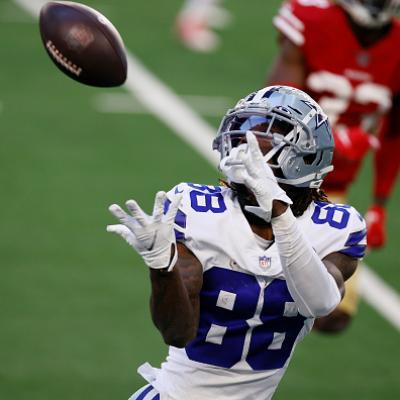 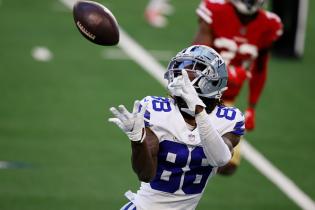 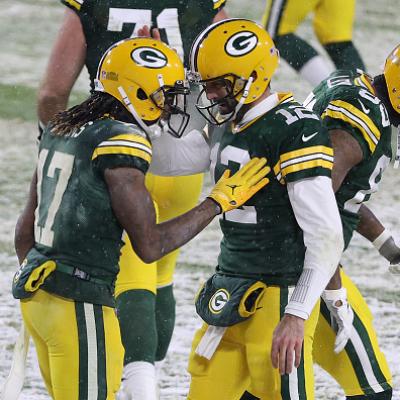 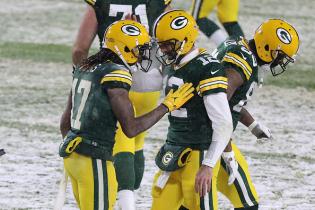 L. Jackson - QB
BAL1
Lamar Jackson left with trainers in the Ravens' Divisional Round game against the Bills.
Jackson was chasing the second bad snap of the game when he went down. The combination of twisting and a defender landing on him led to him being placed in the concussion protocol. Baltimore is heading into the fourth quarter down by two touchdowns. The Ravens have Tyler Huntley, an undrafted free agent rookie from Utah, as Jackson's backup.
Added 10:30 pm (EST)
Added 10:30 pm (EST)

T. Higbee - TE
LA1
Tyler Higbee caught both of his targets for five yards in Los Angeles' Divisional Round loss to the Packers.
A fitting end to a disastrous year. Although an offseason debate immediately ensued any time anyone mentioned Higbee's outlook following his infamous five-game stretch (43/522/2) to cap the 2019 season, the 28-year-old produced far less than anyone could have ever imagined, failing to eclipse six targets or 70 yards in any of his 17 appearances (playoffs included). He finished 22nd-overall in fantasy points per game (8.5) among tight ends, scoring three of his five touchdowns while matched up against Philadelphia's warm bodies at linebacker in Week 2. Oddly enough, Higbee should still be considered a viable bounce-back candidate in offseason drafts since Gerald Everett could land elsewhere as an unrestricted free agent.
Added 10:29 pm (EST)
Added 10:29 pm (EST)

M. Brown - RB
LA1
Malcolm Brown caught his only target for four yards in Los Angeles' Divisional Round loss to the Packers.
Brown emerged as a hot waiver wire ticket in Week 2 when Cam Akers suffered a significant rib injury but was ultimately out-performed by Darrell Henderson in the ensuing weeks and reverted to being used as the team's primary back on passing downs. Brown, 27, will still enter free agency fresh off a career-high in carries (101) and touches (134), landing elsewhere as a proven veteran and serviceable backfield relief with league-tested hands as a receiving threat.
Added 9:52 pm (EST)
Added 9:52 pm (EST)

V. Jefferson - WR
LA
Van Jefferson caught 6-of-7 targets for 46 yards and a touchdown in Los Angeles' Divisional Round loss to the Packers.
Jefferson played behind Josh Reynolds for a majority of the season, getting out-snapped 802-256 for the team's No. 3 receiver role, but did respond with 10/96/1 on 15 targets when asked to slide into the lineup for Cooper Kupp in Week 17 and the Divisional Round. With a second-round pedigree and, more importantly, Reynolds presumably out the door in free agency, Jefferson will open 2021 as a terrific late-round flier, dynasty league buy, and starter in three-wide sets under coach Sean McVay.
Added 9:43 pm (EST)
Added 9:43 pm (EST)

J. Reynolds - WR
LA1
Josh Reynolds caught 3-of-4 targets for 65 yards in Los Angeles' Divisional Round loss to Green Bay.
26 in February, Reynolds will presumably hit the open market fresh off career-highs in targets (81), catches (52), and receiving yards (618) as Los Angeles' third receiver. The writing was on the wall the moment the organization pulled the trigger on Van Jefferson in the second round, but Reynolds still logged a career-high 802 snaps (72%) for an offense that called the league's sixth-most pass plays from 11 personnel. Given his age and experience under coach Sean McVay, Reynolds will likely garner a significant contract as a starter in free agency.
Added 9:33 pm (EST)
Added 9:33 pm (EST)

J. Goff - QB
LA1
Jared Goff completed 21-of-27 passes for 174 yards and one score in Los Angeles' 32-18 Divisional Round loss to the Packers.
Although he closed the year with a gutsy performance (and surgically-repaired thumb) at Lambeau Field, Goff's 3,952 passing yards in 2020 would've fallen well short of the 4,600 he tossed in both of his last two campaigns even if he was available for the team's Week 17 game against the Cardinals. His final box score will show a career-high 67% completion rate across 15 starts, but the 26-year-old still struggled immensely under pressure and cowardly finished ahead of only Alex Smith (3.8), Jimmy Garoppolo (3.9), and Drew Brees (6.3) in air yards per attempt (6.5). Unfortunately for the Rams, Goff's $34.6 million cap hit in 2021 — fifth-highest among all players next year — ensures he'll be back under McVay for at least one more run.
Added 9:17 pm (EST)
Added 9:17 pm (EST)

C. Kupp - WR
LA1
Cooper Kupp (knee) won't play in the Divisional Round against the Packers.
Kupp was bound for regression in 2020 after converting 6-of-10 targets inside the 10-yard line into touchdowns the year prior, but he still encouragingly finished second on the team in targets (124) behind Robert Woods (129) in back-to-back years. He showed no signs of slowing down after being used as a part-time player to close the 2019 season, yet again accruing 90-plus catches in only his second year removed from a torn ACL. Although his yards per target (7.9) dipped to a career-low mark from Jared Goff this year, Kupp will again be ranked alongside Woods as a low-end WR2 given his guaranteed role with the Rams for the 2021 season.
Added 9:15 pm (EST)
Added 9:15 pm (EST)

R. Woods - WR
LA1
Robert Woods caught 8-of-10 targets for 48 yards in Los Angeles' Divisional Round loss to the Packers.
Woods again led the Rams in targets (129) and air yards (1,169) in 2020, matching a career-high in touchdown receptions (6) while rushing for 150-plus yards for the second time in the last three years. He’s quietly accrued at least 129 targets in every season since 2018, suiting up for 47 of a possible 48 regular season games in that span. Although Woods has consistently averaged a 23% target share from Jared Goff the past three years, it’s possible the former sees a slight uptick in volume for the 2021 season since Josh Reynolds is likely to land elsewhere in free agency. Woods will inevitably be tied to the hip with Cooper Kupp in offseason rankings, but it’s Woods who remains the more valuable option between the two in a vacuum moving forward.
Added 9:05 pm (EST)
Added 9:05 pm (EST)