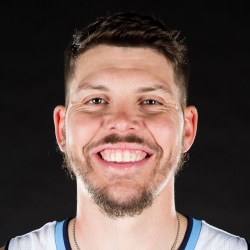 Tom Thibodeau is widely believed to be the frontrunner for the job, as reported by Adrian Wojnarowski in early June, but the Knicks are casting a wide net in their search. Other coaches expected to interview include current interim coach Mike Miller, former Nets coach Kenny Atkinson, 76ers assistant Ime Udoka, and former Hawks and Knicks coach Mike Woodson. Jul 08 2:20 pm (EST) 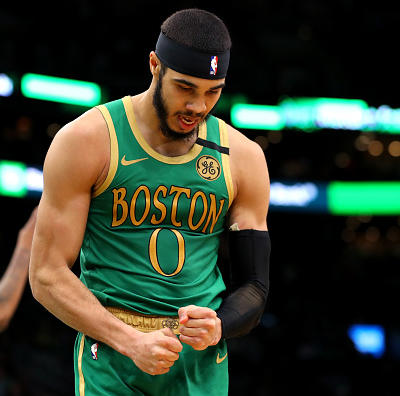 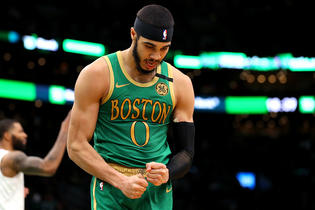 No Regrets When it Comes to NBA Injuries
Steve Pimental
Published Jan 10 1:00 pm (EST)
View All

NBA Bogdan Bogdanovic pops off for 35 points in win

NBA Brook Lopez back with the starters Thursday

B. Simmons - PG
PHI
Ben Simmons (partially dislocated left knee cap) will take the next few ways to evaluate his medical options, but he's hoping to avoid season-ending knee surgery.
It's possible Simmons will require arthroscopic surgery to correct the knee issue, and while that's not a super invasive procedure, it would certainly involve a timetable that would keep him out for the remainder of the 2019-20 season. We'll be tracking this closely, but while he's out, Al Horford should return to the starting unit and Shake Milton will be asked to do a lot more on offense. Joel Embiid should also see a nice uptick in usage.
Added 4:40 pm (EST)
Added 4:40 pm (EST)

R. Holmes - C
SAC
Richaun Holmes didn't bring much to the box score during Thursday's win over the Pelicans, finishing with eight points, five rebounds, two assists and two steals over 32 minutes.
Holmes had a knee-to-knee collision with J.J. Redick, and he also appeared to tweak something with his hand, but he played through both issues, which would indicate he's fine. While the counting stats weren't great for him today, he did a lot of things for Sacramento to help them get the win, and finished with a team-high plus/minus rating of +19.
Added 4:34 pm (EST)
Added 4:34 pm (EST)

H. Barnes - PF
SAC
Harrison Barnes finished Thursday's win over the Pelicans with 22 points, two 3-pointers, six rebounds, two assists and one steal over 34 minutes.
Barnes had been struggling through his first three games in the Bubble, and he was coming off a six-point, 2-of-6 shooting performance, but he was much better today and much more aggressive in seeking out his own shot. De'Aaron Fox was phenomenal in the win with a 30-point, 10-assist double-double, adding one triple, three boards, three steals, one block and three turnovers in 37 minutes.
Added 4:30 pm (EST)
Added 4:30 pm (EST)

B. Bogdanovic - SG
SAC
Bogdan Bogdanovic went off for a career-high 35 points (13-of-20 FG, 3-of-3 FT) in Thursday's win over the Pelicans, adding four boards, three dimes, six treys, one steal and zero turnovers across 38 minutes.
Bogdanovic had one of the worst games of his career on Tuesday, going 1-of-15 from the field with his only make coming in overtime, but he bounced back in a big way today — drilling his first seven shots while going 5-of-5 from distance and he had 24 points by halftime. He also helped the Kings snap a three-game skid and the 49 points they dropped in during the first quarter set a new franchise record in the Sacramento era.
Added 4:19 pm (EST)
Added 4:19 pm (EST)

A. Len - C
SAC
Alex Len saw 15 minutes off the bench on Thursday and finished with eight points, six rebounds, one steal and three turnovers in a win over the Pelicans.
Len logged just three minutes in his Bubble debut on Tuesday, but he was more involved in the rotation today, which resulted in Harry Giles logging just 58 seconds with the second unit. With the Kings finally getting a win today, Luke Walton may opt to go with a similar rotation on Friday, which isn't great news for Giles.
Added 4:16 pm (EST)
Added 4:16 pm (EST)

J. Holiday - SG
NOP
Jrue Holiday scored 17 points on 7-of-10 shooting in a loss to the Kings on Thursday, adding two triples, five boards, five dimes, one steal, one block and four turnovers across 29 minutes.
Holiday tweaked his right ankle on Monday, but that didn’t appear to give him any issues today, and he was a bit more aggressive in seeking out his own shot than usual. Unfortunately, the Pelicans dropped another game today, and it's looking increasingly likely that they will not be able to make the postseason or even the play-in tournament.
Added 4:10 pm (EST)
Added 4:10 pm (EST)

D. Favors - C
NOP
Derrick Favors didn't do much through 22 minutes as a starter on Thursday, finishing with six points, four rebounds, one assist and one turnover in a loss to the Kings.
It’s almost impressive how little Favors can do in the minutes he earns, and it’ll be interesting to see if the Pelicans try and bring him back as a free agent this offseason, or if they decide to turn over the reigns to guys like Jaxson Hayes or Nicolo Melli. If he's back in New Orleans next season, we wouldn't look his way until the later rounds on draft day.
Added 4:08 pm (EST)
Added 4:08 pm (EST)

Z. Williamson - PF
NOP
Zion Williamson hit 10-of-12 shots on his way to 24 points, two rebounds, two assists and nothing else over 22 minutes.
Williamson’s minutes have been expanding with each game, and he probably would have played a bit more today had the Pelicans not gotten blown out. That said, New Orleans is scheduled to play again tomorrow, so it’s possible Zion will be hit with a rest day or be on some form of minutes restrictions. We’ll have a better idea of what his minutes will look like by Friday tomorrow afternoon.
Added 3:52 pm (EST)
Added 3:52 pm (EST)