Jerami Grant hit 12-of-22 shots, two 3-pointers and 6-of-7 free throws for a career-high 32 points, six rebounds and five assists in Wednesday's overtime loss to the Hawks.

There haven't been a lot of great stories out of Detroit this season (Delon Wright, anyone?) but Grant has been a monster. He's now scored in double figures in 13 straight games and all of those have featured at least 22 points. He came in averaging 25.9 points, 6.1 rebounds, 1.0 steals, 1.2 blocks and 2.7 3-pointers in January and most of those numbers are going up after this one. If you drafted him this year, you got a steal, as he's a Top 20 player in some ranking systems. Unfortunately for Grant, the Pistons only have three wins to show for all his great work.  Yesterday 11:21 pm (EST) 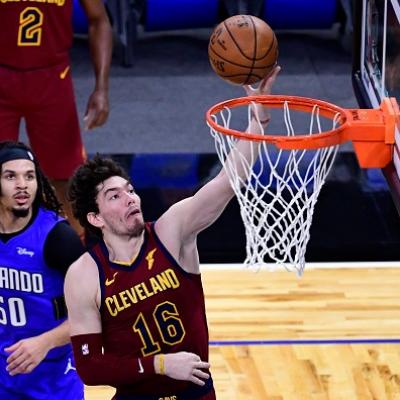 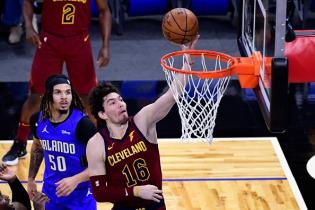 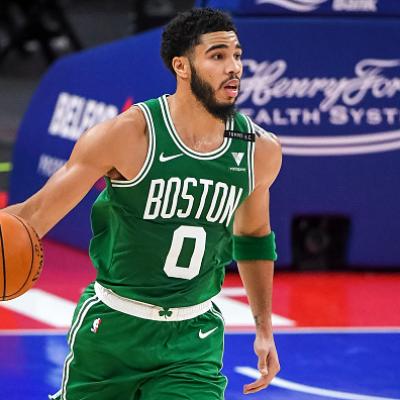 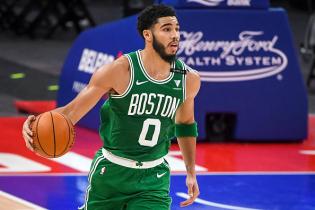 D. Favors - C
UTA
Derrick Favors (right knee soreness) is listed as probable for Thursday's game against the Pelicans.
Favors played 16 minutes in Tuesday's win over the Pelicans, tallying nine points and seven rebounds. Look for him to take on a similar workload in the rematch. Favors doesn't offer much in the way of fantasy value, so he can be left on the waiver wire.
Added 1:37 pm (EST)
Added 1:37 pm (EST)

W. Matthews - SG
LAL
Wesley Matthews (right Achilles soreness) is listed as probable for Thursday's game against the Bucks.
Matthews played 15 minutes off the bench in Monday's loss to the Warriors, and he should take on a similar role Thursday night. The veteran guard, who will be playing against his former team, does not offer much in the way of fantasy value at this point in his career. Leave Matthews on the waiver wire.
Added 1:33 pm (EST)
Added 1:33 pm (EST)

P. Siakam - PF
TOR
Pascal Siakam (groin soreness) did not take part in Thursday's practice.
Siakam, who took a hard fall during Wednesday's loss to the Heat, said after the game that his groin was bothering him. He didn't practice on Thursday, and no decision has been made regarding his availability for Friday's game against the Heat. We'll consider Siakam to be questionable as a result.
Added 12:34 pm (EST)
Added 12:34 pm (EST)

C. Zeller - C
CHA
Cody Zeller (fractured left hand) is listed as probable to play in Friday's game against the Bulls.
Zeller has been sidelined since December 23, when he broke his hand in the Hornets' season opener. Following Thursday's practice, he said that he does not expect to be on a minutes restriction, but the decision will ultimately be made by coach James Borrego. Getting Zeller back is a big deal for the Hornets, who lack depth at the position. Zeller's return will mean fewer minutes at the center position for starting power forward P.J. Washington, and fill-in Bismack Biyombo will drop back to the second unit. Biyombo didn't provide consistent fantasy value as a starter, so this shouldn't change much on that end.
Added 12:12 pm (EST)
Added 12:12 pm (EST)

P. Siakam - PF
TOR
Pascal Siakam said after Wednesday's loss to the Heat that he is currently dealing with a nagging groin issue.
The groin trouble hasn't been bad enough to limit Siakam's minutes, as he played 37 Wednesday night. That being said, he hasn't felt 100% recently, and a hard fall taken during the loss didn't help matters. "My groin’s been bothering me for a little bit, so that was definitely unfortunate," Siakam said after the game. Siakam wasn't listed on the injury report ahead of Wednesday's game, but this is something to keep an eye on ahead of Friday's rematch. Consider him to be probable for the time being.
Added 10:56 am (EST)
Added 10:56 am (EST)

D. Gafford - PF
CHI
Daniel Gafford has made a positive impression on Billy Donovan by the way in which he has handled inconsistent playing time, according to NBC Sports Chicago's Rob Schaefer.
Gafford has been in a tough spot this season, as in addition to starter Wendell Carter Jr. the Bulls have also used Lauri Markkanen and Thaddeus Young at the center position. On some nights, especially when Chicago is up against a smaller opponent, that has left the second-year big on the outside looking in. But that hasn't impacted the way in which Gafford has approached his job, which has made an impression on Donovan. "I give him a lot of credit because if there's one guy on our team that's been inconsistent minutes-wise its been him," Donovan said of Gafford after Wednesday's practice. "And it has nothing to do with the way he's playing or not playing as much as it's like, we've got an opportunity to throw Lauri at the 5 (center), this may be a good look against a specific team." With Carter's status for Friday up in the air due to a thigh injury, Gafford could be in line for rotation minutes. That isn't enough to make him a fantasy asset, but his shot-blocking ability makes Gafford a player worth tracking.
Added 10:10 am (EST)
Added 10:10 am (EST)

J. Wiseman - C
GSW
James Wiseman went 8-of-11 from the field and 4-of-5 from the stripe on his way to 20 points in Wednesday's blowout win over the Spurs.
Wiseman added six rebounds and four assists in his 25 minutes of floor time, and he likely would have had an even better stat line had the game not been a blowout. Some defensive stats would have been nice, but at least he finished the game without a single turnover after committing five over 13 foul-plagued minutes on MLK Day.
Added 1:55 am (EST)
Added 1:55 am (EST)