Michael A. Stein gives you the full MLB injury rundown from Spring Training, how long the players should be out, and how it should alter your draft strategies 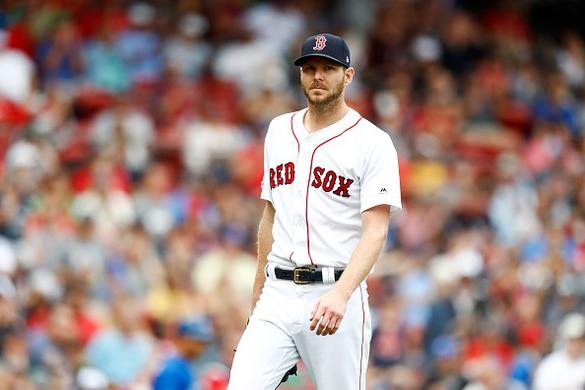 The calendar has turned to March and Opening Day is just a few weeks away.  Fantasy baseball draft season is in full force, and along with that comes the inevitable injuries that wreak havoc of draft strategies.  It is always better to draft as close to the start of the season as possible because we have the benefit of knowing who is hurt and can more easily pivot during drafts.  So without further ado, here is the next edition of the fantasy baseball emergency room for the 2020 season.

The Yankees injury woes have carried over into 2020 as Aaron Judge appears headed towards starting the season on the injured list.  He has been experiencing discomfort in his right shoulder and pectoral muscle, so he continues to undergo testing and further evaluation.  We should hopefully have some clarity on the situation soon as GMs need to know what to expect from him as they head into drafts.  Judge indicated that he does not need much time to get ready for Opening Day, so there is still hope he won’t miss any time.  However, he has missed 110 games over the past two seasons so there is little reason for optimism when it comes to this pending diagnosis.  When healthy, Judge is an elite fantasy player and worthy of being an OF1.

Fantasy GMs are pulling their hair out over Chris Sale who has been diagnosed with a flexor strain in his left arm.  This is good news in that there was serious concern that he would need Tommy John surgery after he was shut down last week.  However, this does not mean that isn’t an eventual necessity depending on how this injury progresses.  Sale is still working out with the team in spring training but will not throw for a week.  He will certainly begin the season on the injured list and should be considered a major risk heading into 2020.  Sale has a lengthy injury history and this recent setback will not give GMs any assurances about his value heading into the season.

Snell is working his way back from elbow surgery he had last year and is still hoping to be ready for Opening Day.  He succeeded in his goal of throwing a bullpen session on Friday, and depending how he feels over the weekend will determine whether he is able to pitch in a game early next week.  He did have some soreness in the elbow last week and got a cortisone injection that seemed to help.  As of now, it appears to be a 50/50 chance for him to be ready for Opening Day.  The former Cy Young Award winner is coming off a disappointing 2019 season when he went 6-8 with a 4.29 ERA, 1.27 WHIP and 147 strikeouts in 23 starts.  Fantasy GMs are hoping that a surgically-repaired elbow will return him to his 2018 form. 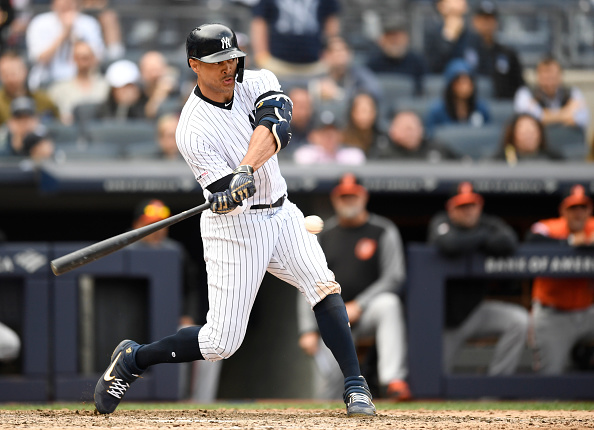 The Yankees are cautiously optimistic about Stanton being ready to debut at some point in April as he continues dealing with his calf injury.  He was diagnosed with a Grade 1 strain of his right calf, which is the latest in a myriad of injuries he has sustained over the last couple of years.  Fantasy GMs appear hesitant to overspend on him in drafts as he is lasting much longer than would normally be expected.  He could be a bargain depending on what round he is draft in, but Stanton needs to prove he can stay on the field for an extended period of time in order to garner trust from fantasy GMs.

The Indians and fantasy GMs appear to have avoided a catastrophe after Oscar Mercado was taken out of Thursday’s game when he suffered a wrist injury while diving to make a catch in the outfield.  He has been diagnosed with a sprained left wrist and will undergo additional testing and evaluation to ensure that there is no structural damage.  Mercado is a solid fantasy outfielder given his combination of both speed and power.  He had a very impressive rookie campaign last year when he hit .269 with 15 home runs, 54 RBI, 70 runs scored and 15 stolen bases.  GMs should keep close tabs on his status because his draft position could slip a little if there is any indication he won’t be ready for Opening Day.

The Phillies have confirmed that Andrew McCutchen will begin the season on the injured list as he continues working his way back from last year’s ACL injury.  His inaugural season in Philadelphia was cut short when he tore his left ACL and underwent season-ending surgery.  He was an effective leadoff hitter for the Phillies and should be a solid source for runs scored despite the significant drop in batting average and home runs at this point in his career.  The Phillies are hopeful he will be ready to go before May so he could be a valuable asset to target later in drafts.

The A’s received a big scare this week when A.J. Puk was diagnosed with a left shoulder strain.  He then went for a second opinion from Dr. Neal ElAttrrache who confirmed that there was no structural damage in the shoulder.  This is great news for Oakland and fantasy GMs who are banking on a breakout performance from the young phenom.  Puk had an impressive cup of coffee with the A’s last year going 2-0 with a 3.18 ERA, 1.32 WHIP, 13 strikeouts and two holds in ten games.  He is in the mix for a spot in the starting rotation, but he will be on an innings limit this year that will limit his fantasy value.  It is questionable whether he will be ready for Opening Day, but it does not matter much as he will likely be limited to approximately 120 innings for the entire season.

Cardinals relief pitcher Andrew Miller has been dealing with what appears to be a nerve issue as he has had issued gripping the baseball.  He has undergone testing and examination, yet he claims that he is not in any physical pain.  The fact he has issues gripping the ball is alarming, so GMs should be cautious before drafting him for his potential closing opportunities this season.  St. Louis’s closer, Jordan Hicks , is recovering from Tommy John surgery and Carlos Martínez is headed back to the rotation.  The Cardinals have several contenders to receive save opportunities this season, and Miller is certainly one of them as he racked up six saves in an otherwise shaky 2019 season.

Did you ever wonder what it looked like to set $20,000,000 on fire?  All you have to do is do a Google image search for Jed Lowrie and you will have your answer.  The Mets infielder is still wearing a large brace on his knee and continues dealing with leg injuries that limited him to just a handful of at bats in 2019.  No one seems to have any answers for Lowrie’s ailments or a timeframe on when he might actually be ready to play.  He should not be drafted in any fantasy baseball league format.

W. Craig - 1B
PIT
Pirates designated 1B Will Craig for assignment.
Ashton Goudeau, claimed off waivers from the Rockies on Wednesday, will fill the vacant 40-man roster spot. Craig, 26, went 0-for-4 with a strikeout in his first taste of MLB action this past season in Pittsburgh.
Added 3:18 pm (EST)
Added 3:18 pm (EST)

A. Cimber - RP
CLE
Indians designated RHP Adam Cimber for assignment.
The move clears out a 40-man roster spot for Jordan Humphreys, who was claimed off waivers from the Giants on Wednesday. Cimber has posted a 4.37 ERA over his last 68 major league innings between 2019-2020.
Added 3:15 pm (EST)
Added 3:15 pm (EST)

R. Núñez - 1B
BAL1
Orioles released 1B/DH Renato Nunez.
Nunez went unclaimed on waivers, but he should now command multiple offers in free agency after putting up a strong .816 OPS with 12 home runs and 31 RBI over 52 games for Baltimore during the shortened 2020 campaign. NL teams may have been hesitant to claim him given the still-uncertain DH situation for 2021.
Added 3:10 pm (EST)
Added 3:10 pm (EST)

J. Humphreys - SP
CLE
Indians claimed RHP Jordan Humphreys off waivers from the Giants.
Humphreys was designated for assignment by the Giants last week. The 24-year-old has yet to appear in a major league game but owns a promising 2.60 ERA with 177 strikeouts in 169 2/3 career minor league innings.
Added 3:06 pm (EST)
Added 3:06 pm (EST)

C. Shaw - LF
BAL
Orioles claimed 1B/OF Chris Shaw off waivers from the Giants.
Thomas Eshelman has been designated for assignment by Baltimore in a corresponding roster move. Shaw, 27, has put up strong numbers in the upper minors but is a career .153/.244/.222 hitter at the MLB level.
Added 3:03 pm (EST)
Added 3:03 pm (EST)

J. Guerra - RP
ARI
Diamondbacks released RHP Junior Guerra.
Guerra was designated for assignment by the D-backs last Friday and will now officially hit the free agent market. The 35-year-old native of Venezuela has enjoyed some success in the majors, working as both a starter and reliever, so there should be offers out there for him this winter. He registered a 3.04 ERA with 21 strikeouts over 23 2/3 innings during MLB's condensed 2020 campaign, and he earned three saves for Arizona in 2019.
Added 2:51 pm (EST)
Added 2:51 pm (EST)