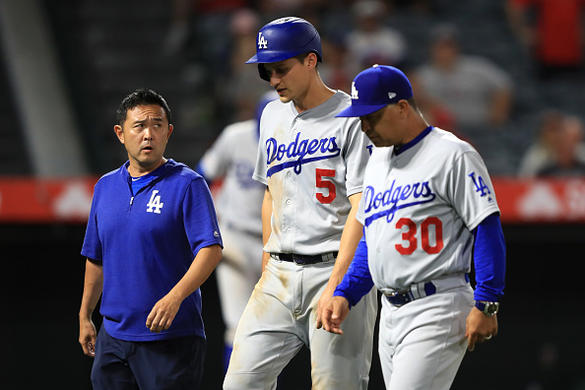 Fantasy GMs lost another young stud this week as the carousel of injuries continues to mount.  It can be quite demoralizing when foundational players on a fantasy roster go out with significant injuries, but the beat must go on and the next player must step up.  This is also a good time during the season for GMs to attempt to make a trade by preying on the desperation of others who have lost key players.  It is never a good idea to act in desperation, but human nature usually takes over and people tend to overreact to bad news.  Stay aggressive with your roster management regardless of whether you are dealing with the chaos of injuries.  So without further ado, here is the next edition of the fantasy baseball emergency room.

Fantasy GMs suffered a big blow this week with the loss of Dodgers shortstop Corey Seager .  He was finally getting back on track offensively over the last week batting .500 (15-for-30) in his last seven games to raise his batting average to .278.  Unfortunately, he suffered a Grade 2 strain of his left hamstring while running the bases on Tuesday and has been placed on the 10-day injured list.  An MRI confirmed the severity of the injury which means that he will be out for an extended period of time.  Seager is one of the best young players in the game but has been hampered with crippling injuries over the past two years.  Chris Taylor will likely take over at shortstop while Seager is out. 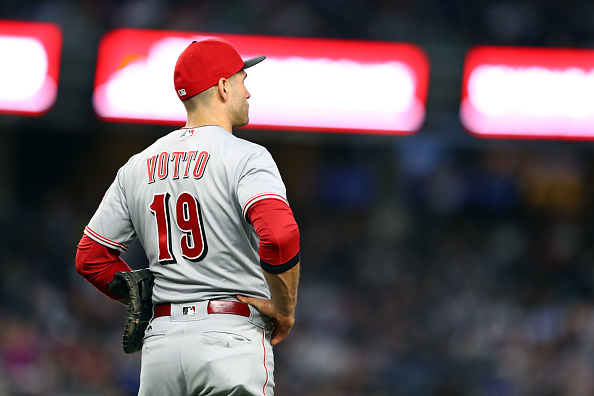 Veteran first baseman Joey Votto was taken out of Wednesday’s game against Cleveland with stiffness in his back.  This came after he had already homered so the stiffness likely came sometime after that.  He has had a very disappointing season thus far batting .257 with six home runs, 15 RBI, 32 runs scored and one stolen base.  He is considered day-to-day right now and may require some additional rest to ensure that he is fully healed before returning.

There is finally some good news to report about A.J. Pollock who has been on the 10-day injured list for several weeks with an infection in his surgically repaired elbow.  He had a PICC line inserted in his arm to provide antibiotics and this was finally removed which means he can begin progressing towards a potential return.  Pollock could even begin starting some baseball activities over the weekend which is a positive development.  He was a big free agent signing for the Dodgers who knew his injury history so they should not be surprised by his lengthy absence.  Pollock is available on the waiver wire in many leagues and is worth stashing if you have an available roster slot for him.

The Blue Jays placed closer Ken Giles on the 10-day injured list with inflammation in his right elbow.  The roster move is retroactive to June 11 and is expected to be back immediately once he is eligible to return.  Giles revealed that he could not recover quickly enough after he pitched in consecutive games so the hope is that this stint on the injured list will give him sufficient time to feel better.  Giles has been stellar thus far with a 1-1 record along with a 1.08 ERA, 1.04 WHIP, 11 saves and 42 strikeouts in 25 games.  Fantasy GMs looking for a quick fix should turn to Joe Biagini who will most likely assume closing duties while Giles is out.

Veteran outfielder Alex Gordon is dealing with a  back injury which cost him Thursday’s game agains Detroit in his home state of Nebraska.  The nexus of the injury comes from when he was hit by a  pitch on Wednesday and subsequently is suffering from nerve issues.  It does not appear that he will miss too much time but it is certainly plausible that he is given multiple days off to rest and recover.  Gordon has had somewhat of a renaissance season thus far batting .274 with ten home runs, 39 RBI, 40 runs scored and four stolen bases.

There is a good chance that Brandon Nimmo rejoins the Mets this weekend in St. Louis as he has been working his way back from a neck injury.  There were high expectations for Nimmo heading into the season but he has been a major disappointment thus far batting just .200 with three home runs, 14 RBI, 20 runs scored and one stolen base.  He has struck out at an alarming rate and lacked the plate discipline that made him such a fantasy asset in 2018.  He is probably available on the waiver wire and could be a viable option if he proves he is more patient and disciplined at the plate.

Another Yankee is on the injured list as Kendrys Morales joins the long list.  He was placed on the 10-day injured list with a strained left calf that he sustained during the doubleheader against the Mets on Tuesday.  Morales has not established himself as a viable fantasy option as he is batting only .194 with two home runs, 12 RBI and 16 runs scored.  The Yankees recalled Mike Tauchman from the minor leagues to take Morales’ place on the roster.  Morales can be dropped in any league format as he will still be available on the waiver wire when he is ready to be activated.

Shenanigans should be called on the Braves for placing Kevin Gausman on the 10-day injured list.  Atlanta claims he is suffering from plantar fasciitis but it is more likely that he is dealing with a case of pitching like crap-itis.  He has been lit up over his past few starts and seen his record drop to 2-5 with an abysmal 6.21 ERA, 1.51 WHIP and 64 strikeouts in 62.1 innings.  However, if this is a legitimate injury then Gausman will likely be out for a significant amount of time.  The Braves will turn to Sean Newcomb to take Gausman’s spot in the rotation and they will also receive a boost once Dallas Keuchel is ready to be activated.

The Phillies have been without David Robertson since April as he has been dealing with an elbow injury.  The free agent acquisition was not impressive through his first seven games going 0-1 with a 5.40 ERA, 2.10 WHIP and six strikeouts.  It was expected that he would begin throwing in May but the Phillies shut him down again after seeing the doctor.  The good news is that he did play catch earlier this week so it appears that there is some progress being made.  However, it will still be quite a while before Robertson is able to return because he has several more hurdles to clear.  Héctor Neris has ascended to the closer’s role and done a great job for Philadelphia so Robertson will likely be relegated to a setup role if and when he is able to return.

Urena was placed on the 10-day injured list with a strained lower back.  The roster move is retroactive to June 9 which was right after his last start when he got torched by the Braves.  The Marlins recalled Jordan Yamamoto to take his place in the starting rotation and his debut was a rousing success against the Cardinals.  Yamamoto won his debut pitching seven innings without allowing a run and striking out five batters making him a potential waiver wire target.  There is no need to lock up a roster slot for Urena right now as he is 4-7 with a 4.70 ERA, 1.45 WHIP and 51 strikeouts in 74.2 innings over 13 starts. 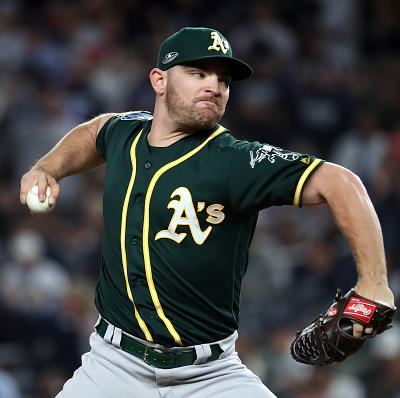 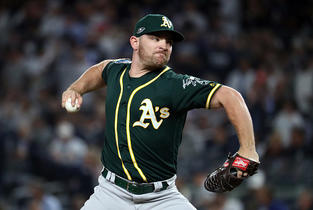