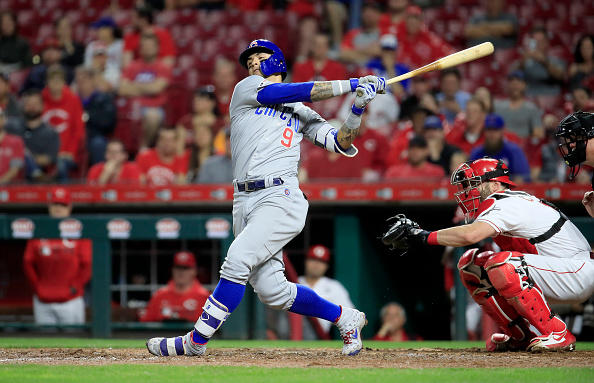 The 2020 Fantasy Football Draft Guide is Here! Draft with Confidence & Dominance with Complete Rankings, Strategies, Video Profiles, Award-Winning Analysis & More from the #FAmily. Save 50% off Instantly when you ORDER TODAY! + The Jim Bowden MLB Draft Guide FREE.
Fortunately for GMs the past four days were not as catastrophic as the time in between last week’s injury reports.  We all know injuries happen on a daily basis but sometimes it seems like they come in drastic bunches.  This edition of the injury report is dominated by a lot of injuries which are not serious enough to warrant a trip to the 10-day injured list.  These injuries are very frustrating for fantasy owners because it is not always clear when or if a player will be in the lineup or not until the last moment.  It also prevents GMs from making a corresponding roster move.  The only solace is that all GMs are dealing with the same problem so we are all suffering together.  So without further ado, here is the next edition of the fantasy baseball emergency room.

Baez was taken out of Sunday’s game against Washington with a contusion on his heel.  He was also out of the lineup on Monday but it appears that he could be able to return on Tuesday.  This is very good news for fantasy GMs who can ill afford to be without the versatile and elite middle infielder who is batting .319 with 11 home runs, 31 RBI, 34 runs scored and two stolen bases.  Addison Russell filled in for Baez but he is not worth owning in most fantasy formats. 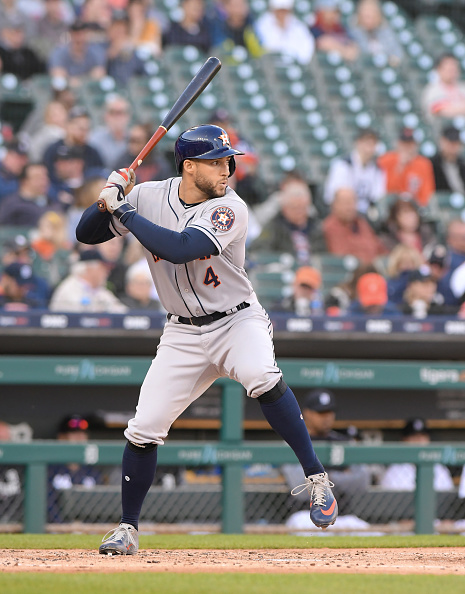 Springer has been one of the early season favorites for American League MVP as he is batting .313 with 17 home runs, 42 RBI, 41 runs scored and four stolen bases.  Unfortunately for fantasy GMs he was removed from Sunday’s game with stiffness in his lower back and then was held out of the lineup on Monday.  Springer did have an MRI which came back clean so the good news is that he avoided a serious injury.  However, it is still possible he could land on the 10-day injured list if he is not able to return as soon as the Astros hope.  Keep a close eye on his progress over the next couple days but expect him to miss at least another game or so before any longer term roster moves are made.

The Yankees keep on winning despite half their roster being on the injured list.  However, they are getting healthier by the day as Giancarlo Stanton is on his way back in very short order.  The Yankees slugger began a minor league rehab assignment on Monday and hit a home run in one of his at bats.  He will likely need an extended rehab assignment since he only had eight official at bats before being shut down on April 1.  Fantasy GMs should expect him back by next week barring any setbacks.

Fantasy GMs have been frustrated by the back and forth of Khris Davis being in and out of the lineup for the past couple weeks.  He originally sustained a hip injury in early May when he crashed into the outfield wall and he has clearly not recovered fully.  The A’s do not plan on putting him on the 10-day injured list at this time, but that might be the best thing for him.  He has had a major power shortage since an explosive start to the season and this hip injury and inconsistent playing time are not going to help matters at all.  GMs need to monitor his situation on a daily basis because it is anyone’s guess whether he is going to play on a given day.

There is very little good news to report about the Mets of late, but one item is that Michael Conforto appears to be free of any concussion symptoms for the past few days.  He is currently on the 7-day concussion injured list after being involved in a collision late last week and it appears that he could be ready to return once eligible on May 24.  Conforto appears to be coming into his own as a hitter as demonstrated by his .271 batting average with nine home runs, 21 RBI, 27 runs scored and three stolen bases.

On the complete opposite side of the spectrum from Michael Conforto’s pending return is the news that broke on Monday regarding Yoenis Cespedes.  It was reported that he sustained multiple right ankle fractures in an apparent accident on his ranch in Florida over the weekend.  He violently fell into a hole and is now being examined by doctors in New York.  Whatever chance he had at returning this year from surgeries on both of his heels seems to have evaporated completely with this recent debacle.  We can expect to receive additional information and details over the next few days, but fantasy GMs should probably give up on any chance of seeing Cespedes play in 2019. 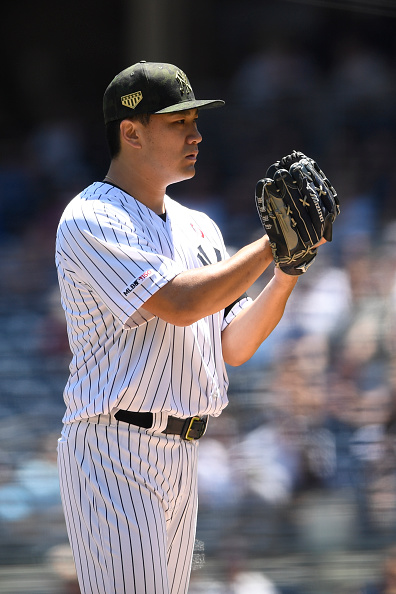 The injury bug seems to find everyone in pinstripes as Masahiro Tanaka was the latest victim over the weekend when he was struck on the right shin by a batted ball.  He was firing on all cylinders through six shutout innings before Yandy Díaz hit a comebacker that ricocheted off of Tanaka’s leg.  He suffered a contusion but reported that he was feeling better on Sunday and could be fine to make his next start later this week.  Tanaka has been very solid thus far with a 3-3 record and a 3.09 ERA, 1.13 WHIP and 53 strikeouts in 58.1 innings over ten starts.

There are plenty of reasons to question Yasiel Puig ’s heart and passion for baseball, but not when he is diving into the crowd to try and make a catch.  That is exactly what he did on Sunday against his former team when he dove into the stands to make a spectacular catch and suffered a sprained right shoulder in the process.  He was taken out of game and is considered day-to-day right now.  It does not appear that this injury will warrant a stint on the 10-day injured list so expect him back on the field within the next couple days.  Puig still has not gotten into a groove offensively as he is only batting .206 with seven home runs, 25 RBI, 17 runs scored and seven stolen bases

Perhaps it was karma that caught up to Yandy Díaz as he was hit by a pitch on his left hand on Sunday and is now considered day-to-day with a contusion.  Diaz is the one who hit the comebacker at Masahiro Tanaka the day before, so the baseball gods served up some justice.  Obviously neither event was intentional, but both players are now banged up.  Diaz has been solid thus far batting .256 with nine home runs, 22 RBI, 26 runs scored and one stolen base.  He shouldn’t miss much time so expect him back within a matter of days. 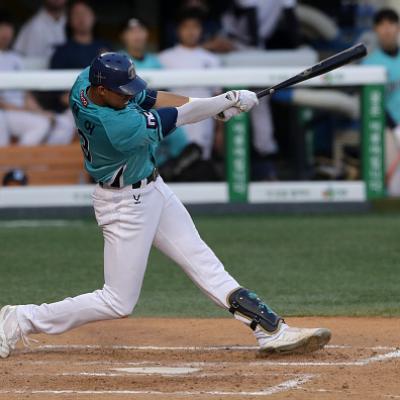 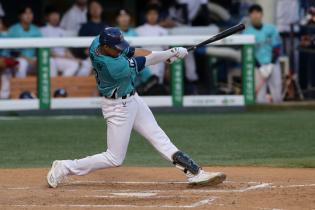 S. Kingery - 2B
PHI
Matt Breen of the Philadelphia Inquirer reports that Scott Kingery, Tommy Hunter, Hector Neris and Ranger Suarez were all placed on the COVID-19 injured list.
The Phillies announced previously that the four players had been placed on the IL, but they didn't provide any further details. Rules prevent the club from saying the IL stints are COVID-19 related, but Breen has been able to confirm that they are. It doesn't necessarily mean that any or all of the players have tested positive, rather it could be that they're showing symptoms or have had contact with an infected person.
Added 4:16 pm (EST)
Added 4:16 pm (EST)

S. Domínguez - RP
PHI
Phillies manager Joe Girardi revealed Thursday that Seranthony Dominguez (elbow) has yet to undergo Tommy John surgery.
Tommy John surgery was recommended for Dominguez back in March, but he's had problems leaving his native Dominican Republic and returning to the United States to undergo the operation and it's unclear when he might finally go under the knife. With the delay, he now might not be ready to pitch again until 2022.
Added 3:39 pm (EST)
Added 3:39 pm (EST)

C. Mlodzinski - SP
PIT
Pirates signed supplemental first-round pick RHP Carmen Mlodzinski.
Jim Callis of MLB.com says that Mlodzinski will receive a signing bonus of $2.05 million, which is about $300,000 under slot. There are questions as to whether Mlodzinski can ultimately start, but when he's at his best his stuff can be nasty. Callis says that the Pirates have also signed second-round pick Jared Jones for $2.2 million, giving him a significantly above-slot deal in order to keep the high schooler away from the University of Texas.
Added 3:20 pm (EST)
Added 3:20 pm (EST)

G. Cole - SP
NYY
Gerrit Cole threw three innings in a simulated game Thursday and worked at 96-99 mph on the gun, according to pitching coach Matt Blake.
Cole isn't entering the restart with any limitations. If all goes as planned, Cole will face off against Max Scherzer and the Nationals on Opening Night three weeks from today.
Added 2:37 pm (EST)
Added 2:37 pm (EST)

T. Ross - SP
SF
Free agent Tyson Ross has joined his brother in saying he's sitting out the season.
Nationals starter Joe Ross said earlier this week that he was opting out. Ross was in camp with the Giants on a minor league deal, but he was released last week.
Added 12:40 pm (EST)
Added 12:40 pm (EST)

J. Quintana - SP
CHI1
Jose Quintana required surgery on his left thumb after getting hurt washing his dishes at home, and he won't resume his throwing program for another two weeks.
He needed a nerve repaired in his thumb, and he required five stitches afterwards. One imagines this will put Quintana at least three or four weeks behind at the beginning of the season. This should ensure that Tyler Chatwood opens up in the Cubs' rotation, with Alec Mills becoming the favorite to move into the fifth spot.
Added 11:50 am (EST)
Added 11:50 am (EST)

B. Drury - RF
TOR
Blue Jays placed infielder-outfielder Brandon Drury on the 10-day injured list, retroactive to June 30.
Drury, RHP Elvis Luciano, RHP Hector Perez and OF Jonathan Davis are going on the IL with undisclosed issues. Drury is slated to be a part-time player for the Blue Jays this season. He was a disappointment last year, hitting just .218/.262/.380 in 447 plate appearances.
Added 11:35 am (EST)
Added 11:35 am (EST)