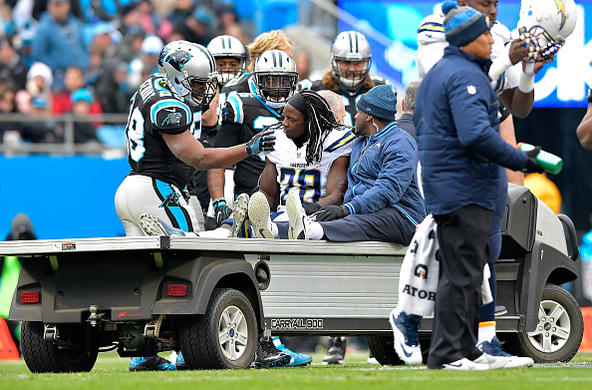 Happy and healthy New Year to everyone as we ring in 2019 and the NFL playoffs.  Congratulations are in order for all of the GMs who won leagues by overcoming adversity due to a rash of injuries to key players down the stretch.  Just because the regular season is over does not mean the fantasy season is over.  There are many postseason fantasy leagues to participate in, so we are here to keep you apprised of all the significant playoff injuries.  So without any further ado, let’s delve into the first postseason edition of the 2019 fantasy football emergency room.

Gordon missed three games down the stretch and returned for Week 17 against Denver.  However, he did sustain an injury to his ankle which compounds the knee injury he already had.  Gordon will clearly be less than 100% in the Wild Card game against Baltimore which means that Austin Ekeler and Justin Jackson should get some snaps to keep Gordon fresh.  He finished the season with 885 rushing yards and ten touchdowns to go along with 50 catches for 490 yards and four touchdowns in 12 games.  He is a high risk/high reward fantasy option for the week. 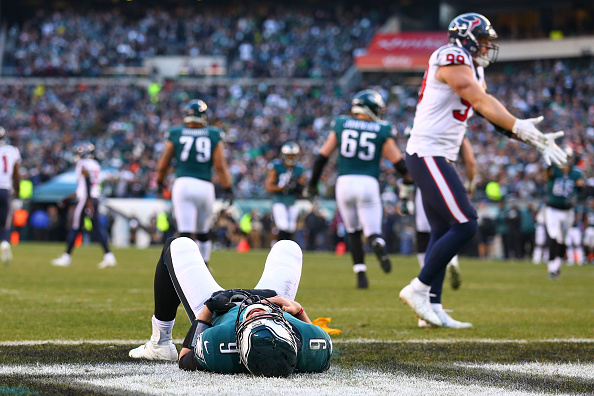 Cinderella is looking to make a sequel as Foles once again came out of the bullpen to lead the Eagles into the playoffs.  In doing so, he amassed 1,413 yards passing along with seven touchdowns and four interceptions.  Foles leads the Eagles into Chicago where the Bears defense has been ferocious all season thanks to the addition of Khalil Mack .  Foles was taken out of last week’s game after re-aggravating a rib injury but it was later revealed he only sustained a bruise.  It has been confirmed by the Eagles coaching staff that Foles will be under center this weekend with an opportunity to make history.

Hilton has not practiced this week but that will not change the fact that he is expected to be on the field when the Colts play in Houston this weekend.  Hilton has been dealing with an ankle injury for quite some time and Head Coach Frank Reich intimated that Hilton played through the pain since they were must-win games down the stretch.  He has risen to the occasion and should be a big factor in Andrew Luck ’s aerial attack against the Texans.

Inman is coming off a huge game last week against Tennessee in which he caught five passes for 77 yards and a touchdown.  That represents a significant percentage of his production for the entire season but it could just mean he is peaking at the right time.  Inman is dealing with both a shoulder and finger injury, so he has been limited in practice this week.  Right now there is no reason to believe he won’t be on the field lined up opposite T.Y. Hilton , so Inman could be a big value pick for postseason leagues.

It has been exhausting all season long trying to pin down Coutee’s status from week to week.  He has been dealing with a hamstring injury since what feels like forever ago and has been in and out of the lineup all season long being limited to just six games.  The Texans need him more than ever now that Demaryius Thomas is out for the year.  Coutee will likely be a game-time decision which makes things difficult for GMs, but he does have a big upside considering he lit the Colts up for 109 yards when they played back in September.  The fact he has been practicing in a full capacity this week is a good sign that he will be on the field.

Robinson has been practicing in a full capacity this week which bodes well for his status for the Wild Care game against the Eagles.  He has been banged up all season so it would be nice to finally see him on the field fully healthy with a complete complement of offensive weapons around him.  Despite missing three games this year, Robinson did accumulate 55 catches for 754 yards and four touchdowns.  However, he is not the Bears wide receiver to target for maximum fantasy value this week. 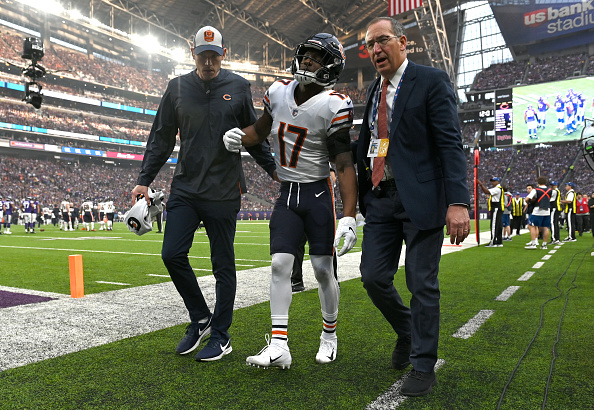 More good news for the Bears as rookie Anthony Miller has also been practicing in a full capacity this week as he is recovering from a shoulder injury.  Miller’s status for the playoffs was murky last week but he has clearly made significant progress.  He finished his rookie season catching 33 passes for 423 yards and seven touchdowns.  Miller is the Bears best bargain value wide receiver for playoff leagues as he has demonstrated the ability to get open in the end zone.

Veteran Mike Wallace was activated off of injured reserve a couple weeks ago but he still has not played yet.  The Eagles wide receivers have been performing at a high level since Nick Foles took over so there was no sense of urgency to get Wallace back on the field.  He could see some time this weekend in the Wild Card game in Chicago as he would be a change of pace tall deep threat as opposed to the Eagles primary wideouts who are more possession receivers.  Wallace is now 32-years old so we don’t know how much he has left in the tank, especially after not having played all season.

Despite what Stephen A. Smith says, Hunter Henry has not played all season.  The Chargers have not made a decision whether Hunter Henry will play this weekend after having missed the entire year due to a knee injury.  He would be a welcome addition to the Chargers offense which could be affected by Melvin Gordon ’s limitations.   Henry possesses value as a TE2 after averaging just over 40 catches for 528 yards and six touchdowns from 2016-2017.