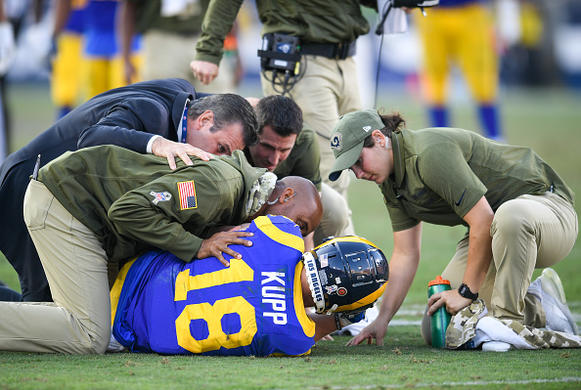 The fantasy playoffs are just a couple weeks away and every injury is now magnified even more.  At least we have some finality and resolution to the Le’veon Bell saga from which we can now move on.  There are also six teams with a bye for Week 11 making it even more difficult for GMs to compensate for injuries in lineups.  It is times like these that separate the have’s from the have not’s in fantasy football, so remain proactive and aggressive on the waiver wire.  So without any further ado, let’s delve into the next edition of the 2018 fantasy football emergency room. 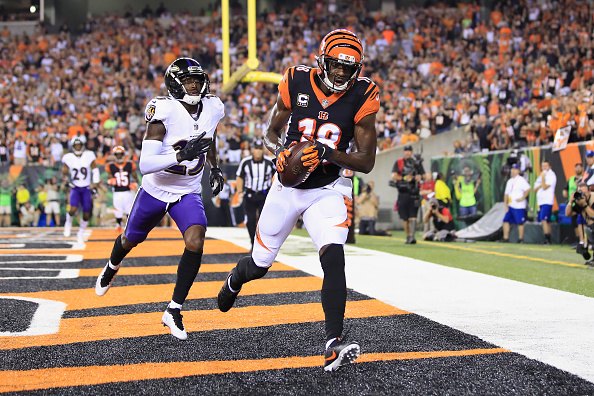 We already knew that A.J. Green would miss the next two weeks with a toe injury, but now it seems more likely that he won’t be back until sometime in December.  This is a big loss for fantasy GMs who have relied on their elite wide receiver all season with 45 catches for 687 yards and six touchdowns.  Cincinnati will have to find some way to compensate for his loss which means that Tyler Boyd and John Ross will have to step up in his absence.

The drama over Le’veon Bell appears to now be over and Connor will remain fully entrenched as the Steelers number one running back.  He has rushed for 771 yards and ten touchdowns along with 39 catches for 387 yards and one receiving touchdown making him a high-end RB1.  Connor is in the concussion protocol but the Steelers expect him to practice this week and be cleared shortly.  His status for Week 11 against the Jaguars looks good, but this will be a difficult matchup going up against their solid defense.  Connor is a must-start and has made most GMs forget about Bell.

This technically isn’t an injury, but Bell’s decision not to report by Tuesday has a similar effect as a season-ending injury.  He has now passed the deadline by which to report and is now ineligible for the rest of 2018.  Bell is unquestionably the biggest bust in the history of fantasy football given that he was a consensus top-three draft pick and provided no value whatsoever.  He will likely land somewhere next year but after a year of inactivity it remains to be seen whether he can still perform at such an elite level going forward.  He can now be dropped in all redraft leagues.

Diggs returned to practice this week and has proclaimed that he will be on the field on Sunday night when the Vikings play the Bears.  He has had two full weeks to heal his rib injuries and now looks to build on his 58 catches for 587 yards and four touchdowns on the season.  This showdown for control of the NFC North will be contentious, and Diggs figures to have a prominent role in the outcome.  He is a must-start in any league format despite the probability that this game is a low-scoring defensive struggle. 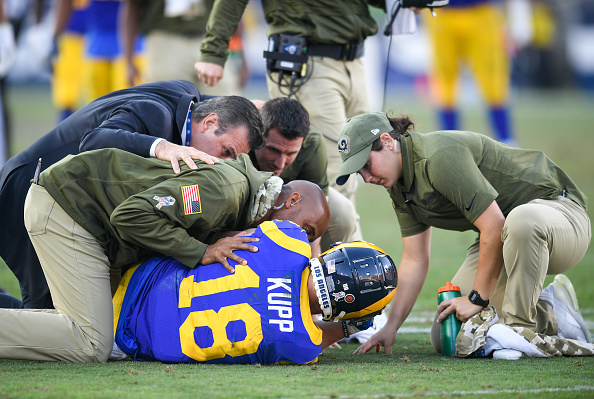 The Rams prolific offense suffered a big loss this past weekend when Cooper Kupp sustained a torn ACL which will end his season.  Kupp had just come back from a knee injury but now is done for the year.  He had 40 catches for 566 yards and six touchdowns making him a viable WR2 in many leagues thanks in large part to the Rams’ high octane offense.  With Kupp gone, the Rams will look to Josh Reynolds to be their third wide receiver after he had previously caught a couple of touchdowns earlier in the year when Kupp was out.

Graham did not practice on Tuesday as he is dealing with a knee injury.  However, he has missed practice several times this season but always ends up on the field so he can be counted on to play on Thursday night against Seattle.  Graham has 33 catches for 439 yards and two touchdowns thus far and is a must-start as he goes up against one of his former teams in prime time.

Marvin Jones underwent an MRI on his knee after suffering a bone bruise.  The good news is that the MRI did not reveal any structural damage but he is considered day-to-day at this point.  Detroit will face the Panthers this weekend and then they only have a couple days to prepare for their Thanksgiving Day matchup.  This timeline places Jones’ status for both games in jeopardy so you will need to follow up for further updates later in the week.  He has 35 catches for 508 yards and five touchdowns now as the Lions primary wide receiver after Golden Tate was traded.

Watkins missed last week’s game against Arizona with a foot injury but it is expected that he will be back for this coming week’s showdown against the Rams.  The good news is that he will have an extra to recover since Kansas City will be playing on Monday night, so GMs should plan on having him in the lineup since the game is expected to be an extremely high-scoring shootout between two 9-1 teams.

Carson missed last week’s game with a hip injury but will be back on the field on Thursday night against Green Bay.  Seattle will rely on a three-headed monster in the backfield which limits the fantasy value of Carson, and Rashaad Penny .  Carson has rushed for 497 yards and two touchdowns in seven games thus far, and he would only be a Flex option in deep leagues where GMs need a replacement due to players on a bye.

The injury issues continue for Randall Cobb who will miss another game this week due to a hamstring injury.  He only has 26 catches for 258 yards and one touchdown thus far and has barely any fantasy value at this point.  Marquez Valdes-Scantling is firmly entrenched as the Packers’ number two wide receiver now with Equanimeous St. Brown next on the depth chart.  Cobb can be dropped if you are in need of a bye week replacement on your roster.

DeVante Parker is "week to week" with a sprained AC joint in his shoulder.

"Week to week" typically means a player will miss the forthcoming game, then be evaluated on a day-by-day basis thereafter. The good news Miami has a Week 11 bye. Parker should have a great chance to return for Week 12 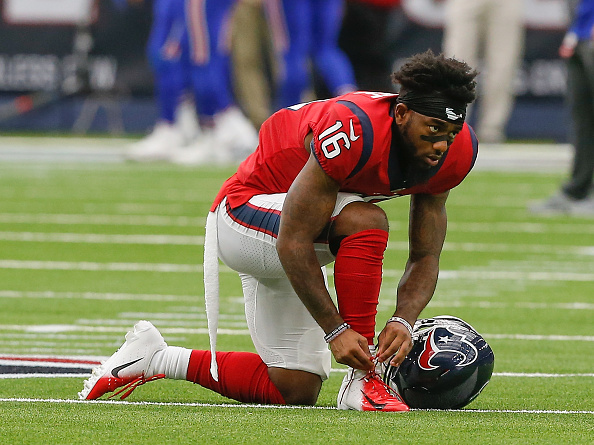 Coutee has previously indicated he would only return when he was 100% healthy and recovered from his hamstring injury which cost him a couple games before the team’s bye week.  The latest reports out of Houston indicate that there is a good chance he will be back this weekend against the Redskins.  However, it is unknown what kind of impact he will have since the Texans acquired Demaryius Thomas which relegates Coutee to the third receiver slot.

If you blinked then you may have missed Dez Bryant ’s time on the Saints.  The veteran free agent wide receiver signed with New Orleans last week and then proceeded to tear his Achilles in practice which has ended his season before it began.  Bryant was a huge target on the waiver wire but now he can be dropped as he aims to recover in preparation for 2019.  The Saints have now signed Brandon Marshall after Bryant went down with the injury, but Marshall does not warrant the same kind of hope or optimism that Bryant brought to the table as a fantasy free agent acquisition.

Ravens quarterback Joe Flacco is dealing with a hip injury which is preventing him from getting in much practice.  That should not prevent him from taking the field as John Harbaugh has stated that Flacco will play if he is healthy enough and that he does not need to practice in order to be ready to play.  Flacco has had a pedestrian season thus far throwing for 2,465 yards along with 12 touchdowns and six interceptions.  He only has fantasy value as a streaming option in two-quarterback leagues.

The Eagles suffered a big defensive loss last week when Ronald Darby suffered a torn ACL in their loss to the Cowboys.  Darby was Philadelphia’s best cornerback and now they go up against a Saints offense that dropped 51 points on the Bengals last week.  Darby had 43 tackles along with one interception on the season and this injury now further diminishes the value of the Eagles defense/special teams and makes opposing offensive players a more attractive streaming option.