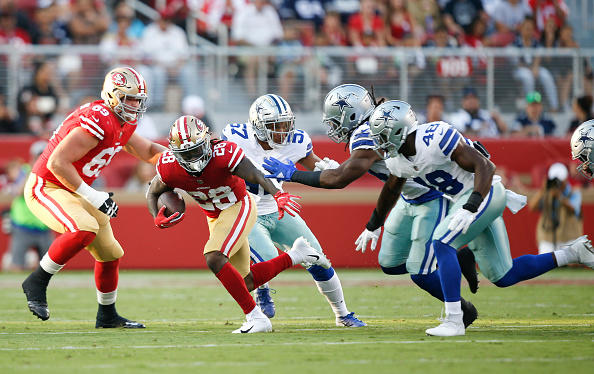 Finally, the preseason is over and we will have real football games in a matter of days.  Fantasy GMs should be finishing up their drafts and those who still have yet to draft will have the fortune of knowing that a premier running back can be taken off the board due to a season-ending injury.  There is always risk when drafting several days before the start of the season because players can be lost for good, as we just saw over the weekend. So without any further ado, let’s delve into the next edition of the 2018 fantasy football emergency room.

The big news over the weekend centered on 49ers new running back Jerick McKinnon who suffered an ACL injury and will miss the entire season.  He sustained the injury in practice and the 49ers knew immediately that this was going to end catastrophically. Now they will turn to veteran Alfred Morris and Matt Breida to carry the load out of the backfield.  Both should be added in any league format even though Morris is likely going to be the starter.

The defending Super Bowl champions will start 2018 the way their championship season ended – with Nick Foles as their quarterback.  Incumbent Carson Wentz still has not been cleared for contact so Foles will get the start this Thursday against Atlanta and going forward until Wentz is able to return.  Foles had a great game against the Falcons in last year’s playoffs and is a viable option for Week 1 in two-quarterback leagues. 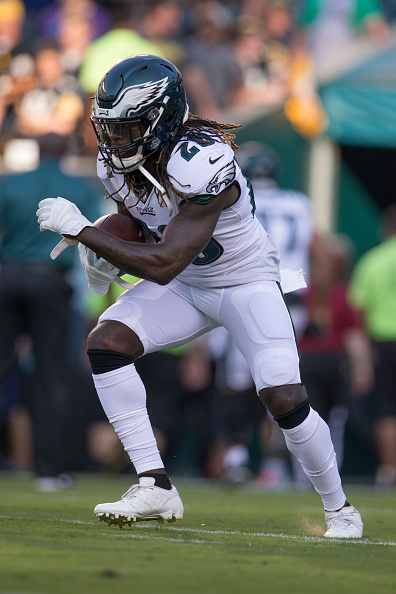 The Eagles have been decimated by injuries this preseason but they should have some positive developments with respect to running back Jay Ajayi .  He has been dealing with a foot injury for the past few weeks but returned to practice on Monday in a limited capacity. The Eagles fully expect Ajayi to be ready for Thursday night as he should see a heavy workload with both Carson Wentz and Alshon Jeffery already ruled out.

Baldwin indicated last week that he does not expect his knee to ever be 100% this year.  This is concerning for fantasy GMs who drafted him as a WR1 or WR2 expecting that he would be in for a huge season now that he is essentially Russell Wilson ’s only viable receiving option.  Baldwin will have to be cautious and smart when it comes to taking risks with his knee, so your expectations for him this season should be tempered somewhat given these limitations.

The Eagles activated Jeffery off of the PUP list late last week and announced that they expect him to miss the first two games of the season.  Jeffery has been recovering from a shoulder injury and the process has taken longer than expected. It is still good news that he is only going to miss two games as there was some discussion about him being kept on injured reserve and missing several more games.  Look for Nelson Agholor to see an increase in targets and be featured heavily in the Eagles offense while Jeffery is out.

The second-year tight end suffered a separated shoulder earlier in the preseason and has been slowly eased back into things since then.  His status for Week 1 is not confirmed yet but given the progress he has made lately it seems more likely than not that he will play. Kittle is coming off a solid rookie season and now is expected to play a big role in the 49ers offense, especially since the team just lost their star running back Jerick McKinnon for the season.

The Colts may be turning to Jordan Wilkins to start in Week 1 as Marlon Mack missed practice on Monday and is still hampered by a hamstring injury.  It was expected that Mack would start if he is healthy, but right now it does not look good for him to assume that responsibility. Wilkins is the much safer option at this point and is a strong candidate to be scooped up off the waiver wire.

Patriots rookie running back Sony Michel has been dealing with a knee injury for most of the preseason and returned to practice on Sunday.  It is still unknown whether he would be active for Week 1 so his status is still up in the air. Given his recent injury and the fact the Patriots are expected to spread rushing duties around to multiple rushers, Michel is not a good option to play this weekend even if he does suit up. 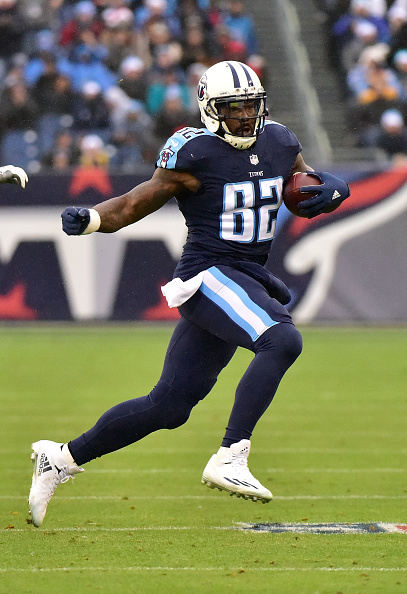 The veteran tight end has been dealing with a toe injury for several weeks but is expected to play against Miami in Week 1.  Walker is one of the most consistent and dependable fantasy tight ends in the league and is coming off a season in which he caught 74 passes for 807 yards and three touchdowns.  He is a viable starting option assuming he is on the field on Sunday.

The Jets will start rookie Sam Darnold under center this weekend and all eyes will be on him to see how the third overall pick in the draft will fare in his debut.  The Jets do not have many offensive weapons and will be without one of their better receivers this week. Jermaine Kearse will miss Monday night’s game against the Lions with an abdominal injury.  He had 65 catches for 810 yards and five touchdowns in 2017 and was expected to be a veteran presence for the rookie quarterback. His absence means Quincy Enunwa should play a bigger role in Week 1.

The Seahawks backfield is a little clearer now as they have placed J.D. McKissic on injured reserve which means that C.J. Prosise will begin the season as the third string running back.  Chris Carson is still expected to be the starter and see a majority of the playing time, but Rashaad Penny is expected to get opportunities as well and is worth owning in any league format.

Arizona tight end Jermaine Gresham has been dealing with an Achilles injury and finally returned to practice on Monday.  However, it is not expected that he will play in Week 1 which opens the door for Ricky Seals-Jones to emerge as the team’s primary tight end.  Gresham is not much of a fantasy option even when healthy as he is coming off a season where he caught 33 passes for 322 yards and two touchdowns in 14 games.