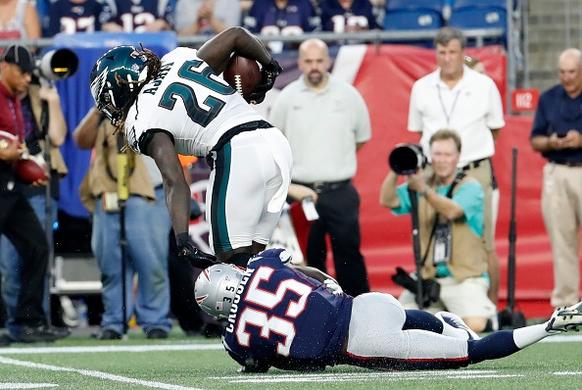 The third week of preseason is now in the books and Opening Night is right around the corner.  This week is also prime fantasy draft time so injuries will play a critical role in GMs’ decision-making.  The good news is that most starters will not see any action during the 4th preseason games, so key fantasy options should avoid health scares assuming they can stay healthy in practice.So without any further ado, let’s delve into the next edition of the 2018 fantasy football emergency room.

Barkley, the second overall pick in the 2018 draft, gave fantasy GMs a big scare a couple weeks ago when he suffered a hamstring injury in practice.  He has not played in a preseason game since but looked great in practice on Monday.  He is on track to be ready for Week 1 and still has solidified himself as a sure-fire first round draft pick in any league format.

The defending Super Bowl champions have a lot of questions heading into the season in terms of key offensive players.  We already know that Carson Wentz and Alshon Jeffery are questionable whether they will be ready for Week 1.  Now we can add Jay Ajayi to the list as he has been out for over a week with what is being described as a lower body injury.  Philadelphia will open the season next Thursday night which means that Ajayi needs to get ready very quickly in order to be on the field as the Eagles’ primary running back.  Ajayi’s backup, Corey Clement , is also dealing with a knee injury so it is possible that Wendell Smallwood and Darren Sproles have bigger roles in Week 1.

Gordon missed all of training camp and then suffered a hamstring injury when he did return in the preseason.  The Browns have announced that Gordon will not start in Week 1, but will play.  It is somewhat irrelevant whether he starts, but GMs should be cautious of him seeing limited playing time in order to ease him back into the fold.  Gordon has WR1 talent but GMs should temper their expectations given his inability to stay on the field. 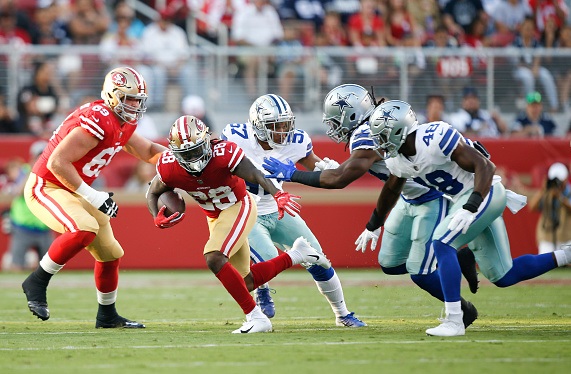 The 49ers are one of the leagues up and coming teams thanks in large part to the addition of Jerick McKinnon as the featured running back.  He is coming off a season where he rushed for 570 yards and three touchdowns along with 51 catches for 421 yards and two touchdowns.  Now he will get a chance to play most downs but is not going to take the field until the start of the regular season as he recovers from a calf injury.  McKinnon should still be drafted as a low-end RB1 or certain RB2 in any league format.

Engram suffered a concussion during the Giants’ third preseason game and is going through the league’s protocol.  The good news is that he has been catching passes and doing work in practice, so he appears to be heading in the right direction.  The Giants will likely be cautious with him for the remainder of preseason but all signs point towards him being ready for Week 1.  Engram will look to build off a solid rookie season in which he caught 64 passes for 722 yards and six touchdowns.  His presence in a potent offense makes him one of the top fantasy tight ends for 2018.

The Jaguars got devastating news about their number one wide receiver as Marqise Lee will miss the 2018 season after sustaining a serious knee injury.  He had a solid 2017 season catching 56 passes for 702 yards and three touchdowns.  Despite being Jacksonville’s top receiver, his fantasy value was limited because Jacksonville simply does not have a passing attack that garners enough relevance.  With Lee out, Keelan Cole becomes the Jaguars de facto number one receiver and the only one worth considering in very deep leagues.

After Jarvis Landry was traded, it appeared that DeVante Parker was ready to ascend in the fantasy rankings and become a viable WR2.  However, he sustained a finger injury earlier this summer and has still not received clearance to catch passes.  His status for Week 1 is very much in jeopardy which means that Kenny Stills and Danny Amendola will pass him with respect to fantasy relevance in drafts.  The other by-product of Parker’s absence could be Kenyan Drake ’s use in the passing game out of the backfield.

The Eagles injury woes have been well-documented and we can also add Nelson Agholor to the growing list with a lower body injury.  This is a significant development because Agholor was in line for additional targets if Alshon Jeffery does indeed miss time when the season starts.  Agholor was much improved in 2017 catching 62 passes for 768 yards and eight touchdowns, and he should be in line for an expanded role if Jeffery’s situation does not improve any time soon. 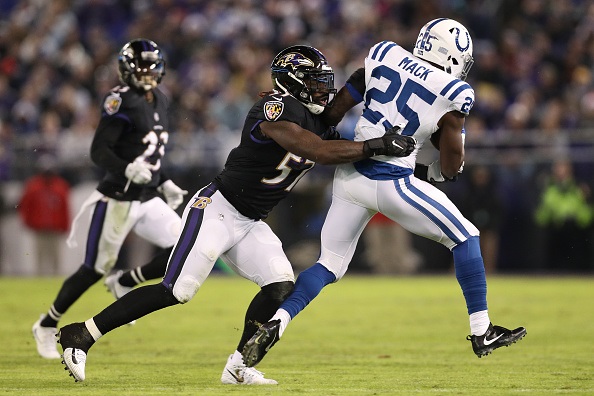 Marlon Mack is slated to be the Colts starting running back but those plans are in jeopardy for Week 1 as he remains out with a hamstring injury.  He has missed the past couple weeks and will likely need to get some practice in before the season starts in order to be active for Week 1.  If he is unable to go, then look for Jordan Wilkins to get a chance to lead the backfield.  Wilkins is one of a few options along with Nyheim Hines and Christine Michael , and none of them are viable fantasy options at this point.

Steelers tight end Jesse James was removed from last week’s preseason game against Tennessee when he suffered a contusion to his back.  He landed very hard after making a catch in the middle of the game and is now considered day-to-day.  James caught 43 passes for 372 yards and three touchdowns last year and was poised to see some additional playing time with fellow tight end Vance McDonald also banged up with a foot injury.

The Bills quarterback position is a disaster right now as Nathan Peterman is the last man standing at the moment.  A.J. McCarron’s shoulder is still problematic and rookie Josh Allen hit his head on the ground this past weekend and was looked at for a potential concussion.  There is no clear indication who will be under center come Week 1, but right now none of the options seem appetizing.  The biggest fantasy impact of these developments could be the strategy of starting any defense playing against Buffalo each week.