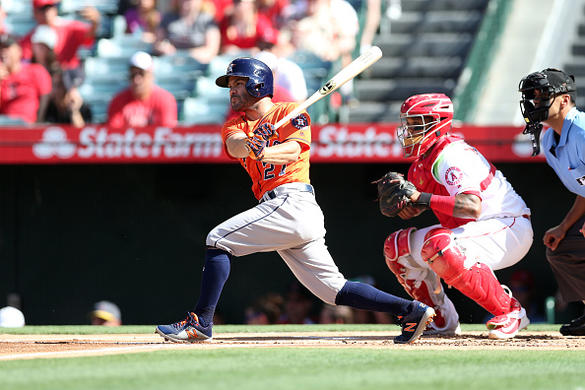 Happy non-waiver trade deadline day to everyone out there.  There have been a flurry of trades made over the past few days and we can expect some more before the deadline later this afternoon.  Trades in Major League Baseball tend to have dramatic repercussions on fantasy leagues, especially NL-only or AL-only leagues where players can essentially become nullified if they are dealt to the other league.  Closers who are traded can also lose significant value if they are dealt to a team to become a set-up reliever. In addition, injuries also precipitate MLB teams to make short-sighted moves so be wary of your injured players and whether they may lose some playing time when they eventually return.  This is why it is critical to pay close attention to the rumors and updates throughout the day so you can manage your team accordingly. So, without further ado, here is the next edition of the fantasy baseball emergency room.

The Astros placed 2017 MVP José Altuve on the disabled list due to a right knee injury.  The move was made retroactive to July 26 as Houston had hoped he would be able to come back quick enough to avoid a trip to the DL.  However, the Astros did not want to play short-handed any longer so they made the roster move to hopefully give Altuve enough time to recover and heal so he can be activated once he is eligible to return.  Altuve is having a solid season batting .329 with nine home runs, 46 RBI, 64 runs scored and 14 stolen bases. He has been solid but not as spectacular as he was last year. Keep him stashed and hope he is able to come back once the ten days are over. 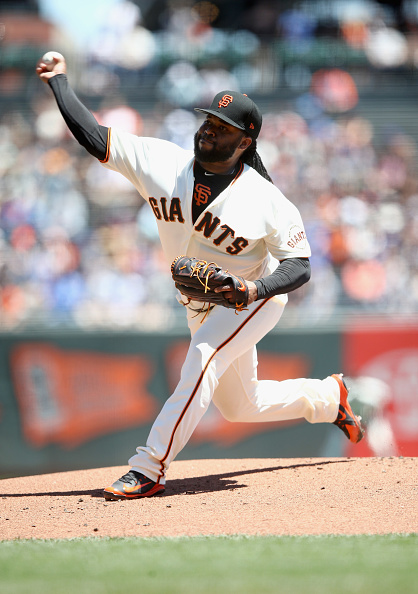 Disaster is knocking on Cueto’s door as Giants manager Bruce Bochy said that there is a “strong possibility” that Cueto will have Tommy John surgery.  He was suffering from a UCL tear and tried pitching through the injury but was met with horrendous results over his last four starts. He started the year incredibly well before hitting the disabled list at the end of April and then everything fell apart.  Cueto ends the season with a 3-2 record along with a 3.23 ERA, 1.11 WHIP and 38 strikeouts in 53 innings. Given the timing of this, it is very likely that Cueto will miss all of 2019.

Being placed on the paternity list is not an injury, but it is an extended absence for a player.  Anthony Rendón used his three days off on paternity leave but still needs more time away with his family so the Nationals placed him on the family medical emergency leave list.  The hope is that he will be back on Tuesday but right now that is up in the air.

Another third baseman is on the paternity leave list as Kyle Seager will miss a few games to be with his newborn child.  Seager has a disappointing batting average of .228 but does have 16 home runs, 57 RBI, 45 runs scored and two stolen bases.  Andrew Romine played third base on Monday in Seager’s absence and should continue to do so until Seager rejoins the team.

The Red Sox placed Rafael Devers back on the disabled list just a week after he came off the DL.  He missed a couple weeks with a shoulder injury before and now he is dealing with a strained left hamstring.  Boston is hopeful he will just need the minimum ten days off before he can return. Devers has been very streaky this season batting .245 with 15 home runs, 52 RBI, 45 runs scored and five stolen bases.  Boston does have internal options such as Eduardo Núñez and Brock Holt to fill in for Devers while he is out. They also helped alleviate some of their depth issues when they acquired Ian Kinsler so the loss of Devers will not be as disruptive. 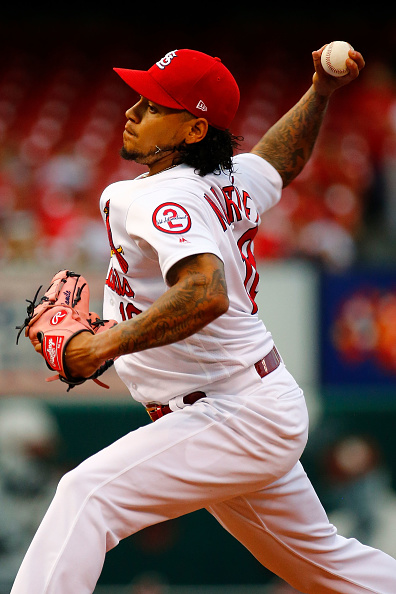 It is becoming increasingly possible that Carlos Martínez has thrown his last pitch of the season.  He was taken out of his last start with another shoulder injury and is certainly headed to the disabled list.  This will be Martinez’s third stint on the DL this year and his second related to his shoulder. The Cardinals are headed nowhere this season so it would be prudent to shut him down and avoid any further issues.  Martinez was expected to perform like an ace this year but has only compiled a 6-6 record with a 3.41 ERA, 1.38 WHIP and 98 strikeouts in 100.1 innings over 18 starts. Keep him stashed for now in redraft leagues.

The Dodgers pitching staff has been decimated by injuries this season and now Ross Stripling is the latest to be afflicted.  He had been stellar up until the All Star break but has struggled in his last couple starts. Apparently, he has been dealing with inflammation in his right big toe for the past couple weeks which could be a reason for the change in his performance.  Despite his recent struggles, Stripling still has a record of 8-3 with a 2.68 ERA, 1.13 WHIP and 119 strikeouts in 104 innings and should be stashed for the next couple weeks while he recovers.

The Pirates resurgence back into the playoff race was partially fueled by Dickerson’s red hot bat which has raised his batting average to .318 with 11 home runs, 44 RBI, 50 runs scored and six stolen bases.  Unfortunately, he suffered a hamstring injury last week and was finally placed on the disabled list for precautionary reasons. Pittsburgh is hopeful he can return immediately once eligible and pick up where he left off.  Austin Meadows was recalled from the minor leagues to replace Dickerson while he is out.

Peralta left Sunday’s game with a left shoulder injury and then missed Monday’s game against Texas.  He was available to pinch hit which is good news and indicates he should not miss much more time due to the tightness in his shoulder.  Peralta has had a solid season batting .285 with 16 home runs, 53 RBI, 48 runs scored and two stolen bases making him a viable option in any league format.  Check back later today to see if Peralta is able to return to the lineup.

Conforto was held out of Sunday’s game against the Pirates due to soreness in his left thumb which he sustained a couple weeks ago after getting jammed on a pitch.  He re-aggravated the injury earlier in the weekend so the Mets held him out ahead of a scheduled off day to give him some extra time to rest and recover. Conforto has been swinging the bat better over the past couple weeks and raised his batting average to .230 with 14 home runs, 39 RBI, 43 runs scored and two stolen bases.  He is not consistent enough of a hitter to rely on right now so do not be surprised if the pendulum swings the other way once he comes back.

The Giants placed Kung Fu Panda on the disabled list with a strained right hamstring.  Sandoval has endured several disastrous and unproductive seasons since he left San Francisco, but he has bounced back slightly this year batting .248 with nine home runs, 40 RBI and 22 runs scored.  These statistics are not good enough to warrant rostering except in NL-only leagues, and now this injury will likely render him completely irrelevant across the board.