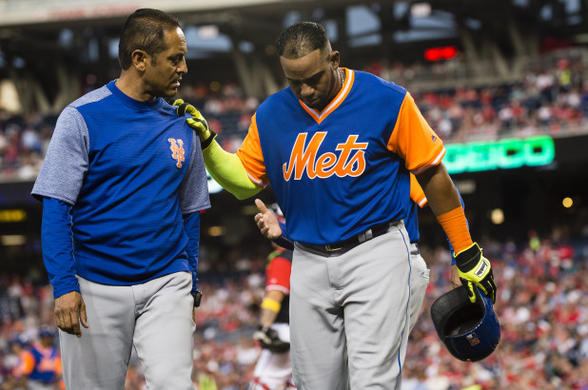 The first week of spring training games is underway and there is already chaos when it comes to injuries.  Drafts are starting to take place so GMs are already faced with dilemmas when it comes to evaluating risk and reward.  Spring training injuries should be viewed differently than regular season injuries because MLB teams are more likely going to be ultra conservative with players for the slightest tweaks, bumps and bruises.  That doesn’t mean these early maladies don’t serve as an omen for what’s to come, but it should not come as a surprise to anyone when key players are sidelined for an extended period of time at this point of the pre-season.  So without further ado, here is the next edition of the fantasy baseball emergency room. 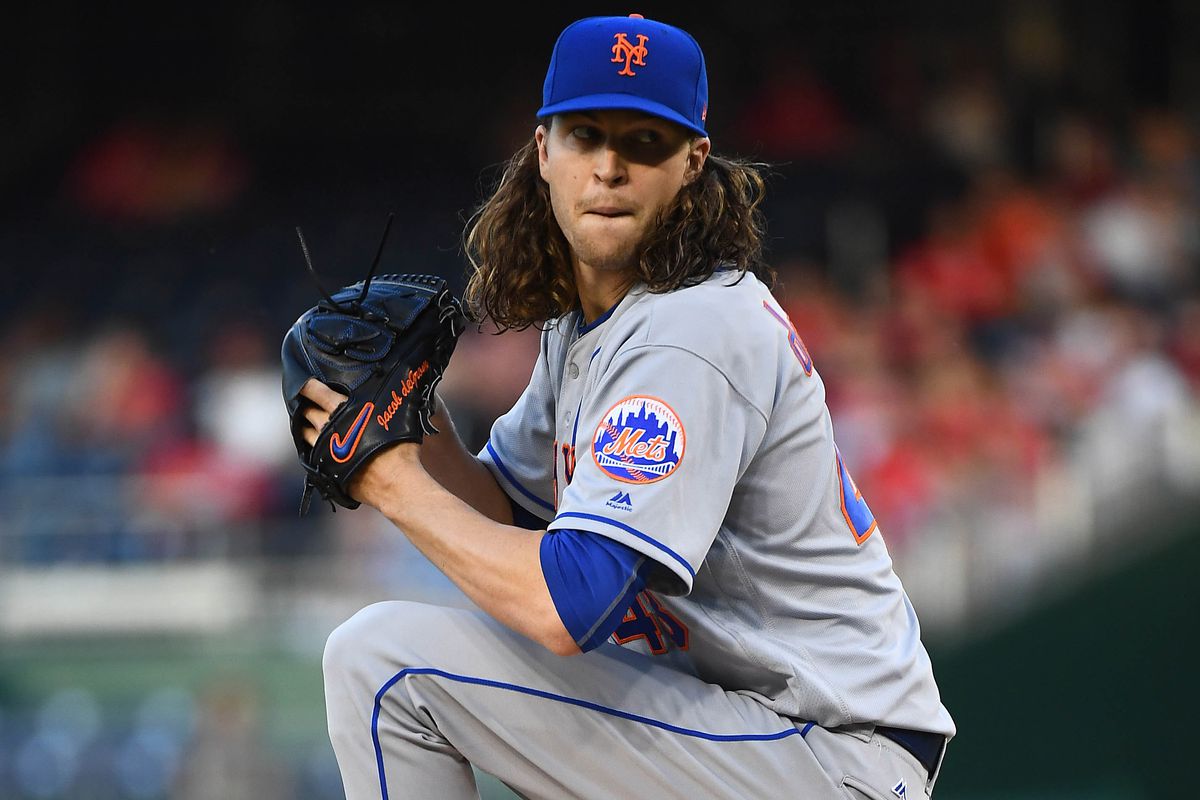 Jacob deGrom was the only Mets starting pitcher to essentially go unscathed from injuries last year as he made 31 starts and surpassed 200 innings.  Now just a couple weeks into spring training, he is experiencing stiffness in his lower back and will likely not see any game action in the immediate future.  The Mets do not plan on shutting him down completely, but they will be overly cautious with him to ensure that he does not exacerbate the problem.  Assuming he is healthy, he is a fantasy stud and should be drafted accordingly.

The Mets reported that Cespedes is dealing with some soreness in his shoulder and is considered day-to-day.  It can be expected that he will be given plenty of rest to ensure that he is fully healthy before he returns to game action as the team does not want to make the same mistake they made last year.  Cespedes has proven to be quite fragile the past couple years as he missed 30 games in 2016 and 81 games in 2017.  The Mets need him to stay on the field and solidify the middle of their batting order where he should be expected to put up 30/100 as long as his body holds up.  He is still an OF2 and could be a draft-day bargain if other GMs are overly concerned about his durability.

There was already concern about Hernandez coming into 2018 after he missed a lot of time last year.  The Mariners were expected to give King Felix extra days rest to preserve his health, but now there is another concern before the start of the season.  Hernandez was struck on his right forearm by a line drive on Monday and collapsed to the ground in pain.  Fortunately, x-rays came back negative and it appears he avoided any significant injury.  That being said, Seattle will shut him down for the immediate future and there is no time frame on when he may take the mound again. 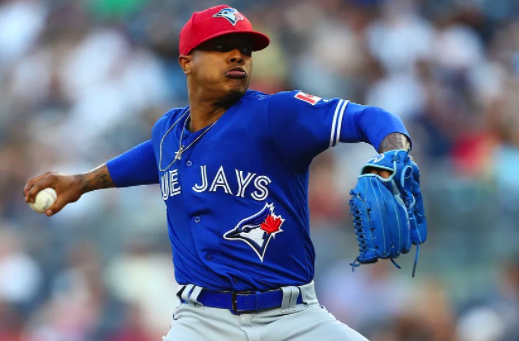 The Blue Jays have shut down starter Marcus Stroman who is suffering from inflammation in his right shoulder.  He had an MRI which did not reveal any structural damage, so that is good news.  However, there is no time frame on when he might get back on the mound.  Stroman was slated to be the anchor of Toronto’s pitching staff but his status for Opening Day could be in jeopardy depending on how much time he misses.

Frazier sustained a concussion this past weekend while making a catch and is going to be sidelined for a few days at the least.  The Yankees plethora of outfield sluggers makes this injury seem less significant because he is unlikely going to have a major role with the team at this point.  They can certainly afford to be cautious with him right now and you should expect he will begin the season in the minor leagues so he can get regular at bats once the season starts.

After Tampa Bay traded off several key parts of their team, it was expected that rookie Brent Honeywell may have a chance to crack the rotation at some point this spring or shortly after the season began.  However, he stopped a throwing session last week with pain in his left forearm and was diagnosed with a torn UCL.  It is expected that he will seek a second opinion, but the prevailing thought is that he will undergo Tommy John surgery in the near future.  This is devastating news for Tampa Bay and fantasy GMs who were banking on Honeywell serving as a sleeper in drafts.  He will miss the entire season and would not return until some point in the first half of 2019 at the earliest.

It has been an ominous start of spring training for the Mets young first baseman as he was benched for the first spring training game and is now out with a strained left quadriceps.  Smith underwent an MRI on Monday which did not reveal any significant damage, but it can be expected he will be slowly eased back into the mix after being shut down for a few days.  The Mets will likely go with Adrian Gonzalez as their first baseman to start the season so Smith is a candidate to stash in a minor league slot.

D. Moore - LF
SEA
Dylan Moore went 2-for-4 with a homer and a double in a loss to the Angels on Tuesday.
Moore hit his second homer of the season with a shot off of Kenyon Middleton in the seventh. The utility player has performed well in his limited time with the Mariners this year; as seen in his .320 average and .680 slugging percentage. He's a decent DFS play when he is in the lineup against southpaws, but that's about it.
Added 12:54 am (EST)
Added 12:54 am (EST)

T. Buttrey - RP
LAA
Ty Buttrey fired 1 1/3 scoreless frames to pick up a save on Tuesday against the Mariners.
The Angels' bullpen has been a disaster this year, and while it did allow two runs on Tuesday, Buttrey was able to silence the Mariners' bats to pick up his first save of the season. The 27-year-old threw 11-of-16 pitches for strikes; nice to see from a pitcher that has struggled with command to begin 2020 and also was an issue in 2019. After this effort, it seems possible -- but not a lock -- that Buttrey gets more save chances going forward for the Angels.
Added 12:54 am (EST)
Added 12:54 am (EST)

J. Dunn - SP
SEA
Justin Dunn allowed three runs over four innings in a loss to the Angels on Tuesday.
This could have gone much worse. Dunn allowed a solo homer to Mike Trout and a two-run homer in the first, and he had no idea where his pitches were going early on; as seen in his four walks. Give the former top prospect credit, however, as he settled down very nicely and showed off the strikeout-stuff that makes him such an intriguing prospect. Still, until he improves his command -- significantly -- it’s going to be hard to trust him as a fantasy starter. Dunn squares off against the Rangers on Monday.
Added 12:54 am (EST)
Added 12:54 am (EST)

A. Heaney - SP
LAA1
Andrew Heaney allowed one run over 5 2/3 innings on Tuesday to pick up a victory over the Mariners.
Heaney did not have his best command on Tuesday, as he walked four and threw 52-of-87 pitches for strikes. Still, he was able to get the job done, with the only run coming across on an Austin Nola triple in the sixth. Pitching has been an issue for the Angels to begin the year, but Heaney has been effective with a 2.35 ERA over his first three starts. He’s scheduled to face the Athletics on Monday.
Added 12:53 am (EST)
Added 12:53 am (EST)

J. Altuve - 2B
HOU1
Jose Altuve launched a solo homer to help the Astros to a win over the Diamondbacks on Tuesday.
Altuve got the Astros on the board with a solo shot off of a struggling Madison Bumgarner. That was the only hit of the day, but if you're only going to have one, why not make it a homer? Altuve has now homered twice in 2020, but his .163/.280/.326 line is a disappointment for anyone who selected him with an early pick in March or July.
Added 12:02 am (EST)
Added 12:02 am (EST)