Michael Stein brings you all the latest updates on injuries around the NFL and the fantasy impact of each of them. 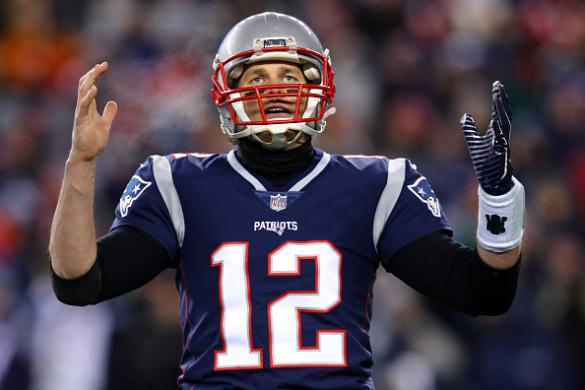 We are now down to the final four of the NFL season as we approach Championship Sunday.  Last weekend, football fans and fantasy GMs were treated to some unbelievable games and instant classics.  Now we are down to four teams with interesting storylines for every single one of the remaining quarterbacks.  If you are still alive in a fantasy playoff pool or doing DFS games, this will be a challenging week thanks in large part to the health of some key players.  Players and coaching staffs are going to do everything in their power to make sure they are on the field for these games, so don’t expect any conservative or cautious approaches like we tend to see during the regular season.  So, without further ado, here is the next edition of the fantasy football emergency room for the NFC and AFC Championship games. 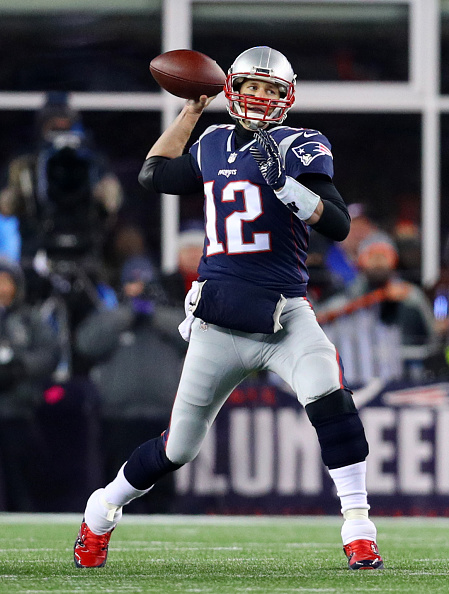 Tom Brady (QB-NE) – As if the Patriots aren’t already the subject of much of the drama that takes place in the NFL, they are at it again just days before the AFC Championship.  Tom Brady, the greatest quarterback in the history of the NFL, is seeking another Super Bowl trophy as he prepares for a showdown with the Jaguars on Sunday.  However, he has landed on New England’s injury report this week with a hand injury and has been limited in practice.  As per usual, the Patriots are being secretive and sarcastic about the situation as there are unconfirmed reports on how exactly he sustained the injury.  It is believed a teammate ran into his hand during practice but we do not know who it was.  Brian Hoyer is the backup and has plenty of experience so he will be ready to play in the unlikely event Brady is unable to suit up.  However, the chances of Brady missing the AFC Championship with anything less than a broken hand or torn ligaments is slim to none.  And slim just got hit by a bus.

Leonard Fournette (RB-JAX) – The rookie back is coming off a great game against the Steelers in the AFC Divisional Round in which he ran for 109 yards and three touchdowns.  Despite those gaudy statistics, he did not escape unscathed.  Fournette suffered an ankle injury in the first half against Pittsburgh but did return later on.  However, he wasn’t the same after the injury which raises concerns about his status and effectiveness for the AFC Championship against New England.  Fournette was limited in practice this week but the fact he was able to practice at all with the ankle injury is a good indication he will be ready for Sunday’s game against the Patriots.  Fournette was also involved in a minor car accident on Tuesday when he was rear-ended, but he didn’t suffer any injuries from that.

Adam Thielen (WR-MIN) – The Miracle in Minneapolis will go down as one of the greatest plays in NFL history as the Vikings did the unthinkable and defeated the Saints last weekend.  Stefon Diggs made the play of his life scoring the game-winning touchdown, but Minnesota’s other star wide receiver is dealing with a back injury.  Adam Thielen emerged as one of the best receivers in the league this year with 91 catches for 1,276 yards and four touchdowns.  He has been limited in practice this week due to the back issue but the Vikings do not seem overly concerned about his status for the NFC Championship against the Eagles.  He will likely play a key role as Minnesota goes up against a very good Eagles defense, so count on him to be targeted quite frequently by Case Keenum.

Rex Burkhead (RB-NE) – Burkhead practiced once again on Thursday and appears headed in the right direction towards playing this weekend in the AFC Championship.  However, he also practiced last week and was still held out of the AFC Divisional matchup against Tennessee.  He has been dealing with a knee injury since the last few weeks of the regular season and would provide New England with a good change of pace in the backfield and a real threat at the goal line and in the short passing game.  Regardless of whether Burkhead plays, Dion Lewis remains the featured running back for New England and should see a heavy workload, especially if there is any lingering concerns about Tom Brady’s hand.

Tashaun Gipson (DB-JAX) – Jacksonville had one of the top defenses in the league this year because they forced a lot of turnovers and held opposing wide receivers in check.  One of the primary reasons for that was free safety Tashaun Gipson, who had four interceptions during the regular season, and will play a critical role against the Patriots this coming Sunday.  However, his status for the game is questionable right now after missing the past couple days of practice due to a foot injury he sustained against the Steelers last weekend.  Gipson’s presence will very much be missed if he cannot play because the Patriots have so many weapons all over the field.  The Jaguars coaches are hopeful Gipson can get some time in at practice on Friday which would certainly bode well for his prognosis on Sunday.

Andrew Sendejo (DB-MIN) - The Vikings also had one of the top defenses in the league thanks in large part to the play of safety Andrew Sendejo.  He had 80 tackles and two interceptions during the regular season and would be a big part of Minnesota’s game plan to attack the Eagles this Sunday.  However, Sendejo suffered a concussion during the NFC Divisional game against the Saints and is still technically in the league’s protocol.  That being said, Sendejo has practiced multiple days in a row this week which makes it likely that he will be cleared to play against Philadelphia for a chance to go to the Super Bowl.

Michael A. Stein, Esq. is the Chief Justice of Fantasy Judgment, the industry's premier dispute resolution service.  You can contact him at michael.stein@fantasyjudgment.com or on Facebook and Twitter (@FantasyJudgment).