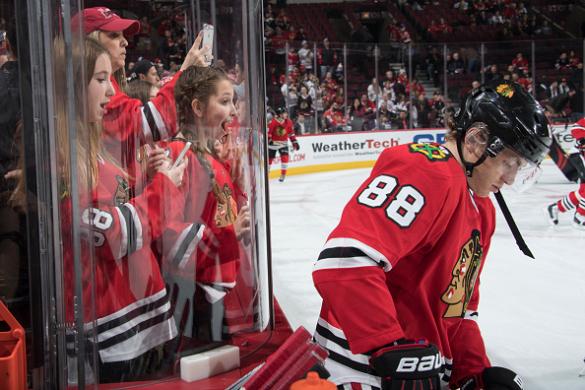 The right wing position is making a strong comeback. Chicago superstar Patrick Kane has been front and center of the revival, but Russians Nikita Kucherov and Vladimir Tarasenko are not too far behind. Sophomore Patrik Laine, who can play either wing position, spent most of '16-17 on the right side as a rookie and is potentially another generational talent. Kane is currently continuing a long-standing NHL tradition of right wing dominance: from Maurice Richard to Gordie Howe, to Guy Lafleur, Mike Bossy and Jaromir Jagr. There may be a few more Art Ross trophies in Kane's future. Here is the full list of top-20 fantasy right-wingers heading into 2017-18: 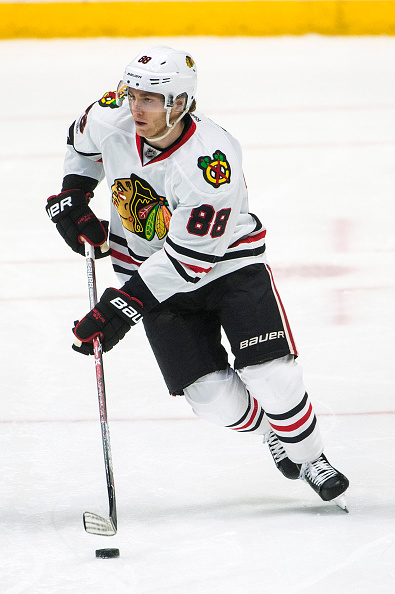 The dazzling dangler surrendered the scoring crown to Connor McDavid last season but will challenge again.

The Russian right-winger potted 40 goals last season, and he might not be done. Could 50 be on the horizon?

Speaking of 40-goal men, Tarasenko has one on his resume and came within a goal of a second last season.

Maligned for his different personality, all Kessel does is produce points and stay in the lineup. That is huge.

Is he the next franchise player for the Bruins? At the very least, Pastrnak is the next big thing for the Czech Rep. 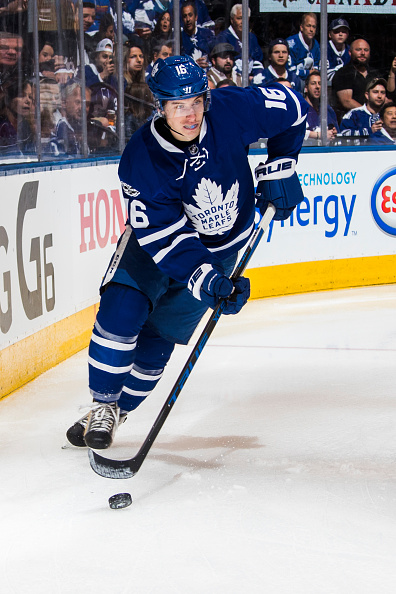 Like Nylander, Marner is hoping to continue the climb towards the position's elite in his second NHL campaign.

He continues to be among the most consistent scorers in the NHL, but his center (Joe Thornton) is aging.

Not long ago, Wheeler was Winnipeg's top scorer. He has since been surpassed by center Mark Scheifele.

A change of scenery could do wonders for Eberle, especially if he plays a lot alongside center John Tavares.

Traded to Edmonton for Jordan Eberle, Strome has the talent to shine next to Connor McDavid or Leon Draisaitl.

The Flyers need Voracek to revert back to 2014-15 form (81 points). He has the skill set to return to elite status.

He is as versatile as they come for Minnesota, and the tall forward seems poised for a career year in '17-18. 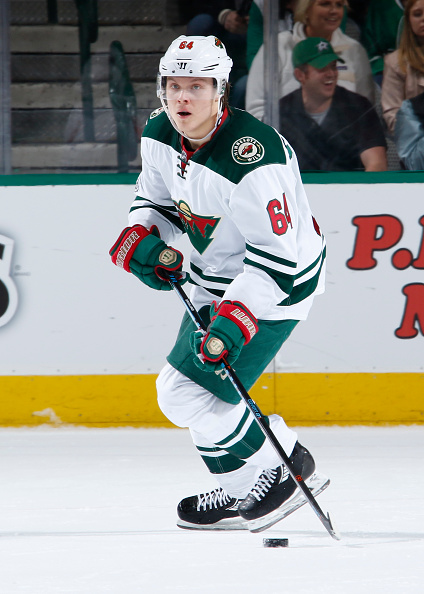 Minnesota's leading scorer last season seems reborn after a permanent switch to the wing from center.

Another natural center who is adjusting to playing wing, Reinhart's ability to produce offense is rather natural.

He is no longer an elite scorer or MVP candidate but Perry can still make an NHL impact from time to time.

He is a master of stealing pucks from opponents and leaving them vulnerable in their own end. He also scores.

A fan favorite in the Big Apple, Zuccarello has produced at least 59 points three times in the last four seasons.

A true work horse whose energy is contagious, Arvidsson's role in Nashville only figures to widen this season.

D. Audette - F
MTL
Daniel Audette has been playing in Finland this season.
The 24-year-old was drafted by the Montreal Canadiens in 2014, but he hasn't played in an NHL game in his career. "The AHL season was cut short last year, so some teams started contacting me," Audette said (quotes have been translated). "I received a really nice offer from a good team this summer. The organization is incredible and I thought it was a good time for me to start my European career." He has one goal and seven points in eight games with Lukko Rauma this season. His playing days in North American might be over.
Added 10:37 pm (EST)
Added 10:37 pm (EST)

P. Suter - F
NYI
Pius Suter has collected two goals and two assists in his last four outings for the GCK Lions of the Swiss League.
Suter has produced two goals and three helpers through six matches in Switzerland's second tier hockey league after he led the National League in scoring last year with 30 goals and 53 points for the ZSC Lions in 50 contests. Suter is playing on loan from the Blackhawks and could be a top-six forward at the NHL level in 2020-21.
Added 5:36 pm (EST)
Added 5:36 pm (EST)

P. Kurashev - F
CHI
Philipp Kurashev has four assists in five games for HC Lugano of the Swiss National League.
Kurashev also had a hat trick in a Swiss Cup match over the weekend. The 21-year-old forward had seven goals and 19 points in 36 games with Rockford of the AHL last season.
Added 5:32 pm (EST)
Added 5:32 pm (EST)

P. Varone - F
PIT
Phil Varone has signed a one-year contract with Barys Nur-Sultan of the KHL.
Varone became an unrestricted free agent after the 2019-20 season. He was part of Pittsburgh's postseason roster after posting five assists in six outings with Wilkes-Barre/Scranton of the AHL in 2019-20. Varone was traded to Pittsburgh from Montreal on Feb. 20.
Added 4:44 pm (EST)
Added 4:44 pm (EST)

M. Miller - D
ARI
Arizona stands by the selection of controversial prospect Mitchell Miller.
The Coyotes chose Miller in the fourth round (111th overall) of the 2020 NHL Draft even though Miller admitted in an Ohio juvenile court to bullying Isaiah Meyer-Crothers, who was African American classmate with developmental disabilities. "Given our priorities on diversity and inclusion, we believe that we are in the best position to guide Mitchell into becoming a leader for this cause and preventing bullying and racism now and in the future," said Coyotes President and CEO Xavier Gutierrez in a statement. "As an organization, we have made our expectations very clear to him. We are willing to work with Mitchell and put in the time, effort, and energy and provide him with the necessary resources and platform to confront bullying and racism." The incident occurred four years ago when Meyer-Crothers was tricked into licking a candy push pop that Miller and another boy had wiped in a bathroom urinal. Miller taunted Isaiah for years, while calling him several different racial slurs, and beating him up. He also never personally apologized, according to Isaiah's mother. Miller is slated to play for the University of North Dakota this coming season.
Added 4:26 pm (EST)
Added 4:26 pm (EST)

T. Daley - D
DET
Trevor Daley has retired from playing hockey and has landed a job as a hockey operations advisor with the Pittsburgh Penguins.
"First, I would like to congratulate Trevor on an incredibly successful 16-year career," said Penguins GM Jim Rutherford. "In addition to being a Stanley Cup Champion with us, he left us with a great impression due to his professional demeanor and quiet leadership qualities. Those traits, along with his desire to want to learn about the business side of the NHL, made him a great candidate to join our staff." Daley will report directly to Rutherford, while assisting in player evaluations at the NHL and AHL level. Additionally, he is set to serve as an 'eye in the sky' for the coaching staff during games. Daley appeared in 1,058 games with Dallas, Chicago, Pittsburgh and Detroit during his career, while accounting for 89 goals and 309 points.
Added 2:08 pm (EST)
Added 2:08 pm (EST)