UPDATED for projected 110-game schedule. Rick Wolf takes a look into how MLB projections are flawed, how changes in the game affect them and how to use them for tracking and setting your fantasy baseball category targets. 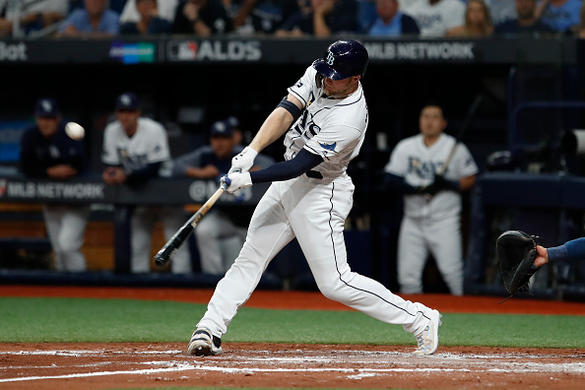 Recently I dreamt about Barry Bonds. At-bat after at-bat he either hit MONSTER home runs or WHIFFED in epic fashion.  What a dream.  The seven-time MVP and most dominant player I ever saw, pummeling the ball repeatedly or sliding to one knee with a coiled swing like a cobra.

In the dream, Roger Clemens was throwing blazing fastballs that were reaching 150 MPH on the gun.  Not made up like Sidd Finch.  Real blazing nasty stuff with movement.  Bonds was swinging as hard as he could.  With two strikes, Clemens raised his game.  Reared back.  Bonds focused and started the bat early. JUICE on JUICE.

I woke up.  Cold sweat.  Breathing like I had just been through a heavy weight bout.

We saw those epic explosions last season.   Everyone seems to want more home runs.  Well, maybe not fantasy baseball players.  The explosion of home runs is confusing me.  So let’s take a deeper dive into what happened...