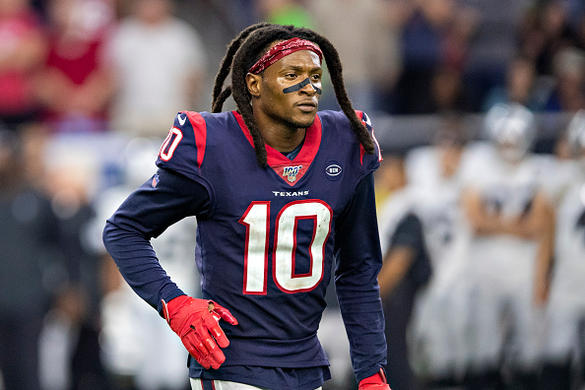 If you played the Touchdown Dance for the first time last week, I promise it is fun. None of my picks scored touchdowns, in part because James Conner was injured again, but I am looking forward to playing it again in Week 12. I have been burned a lot this season, both in MonkeyKnifeFight and other daily games, by guys like Conner, Adam Thielen and David Johnson returning from injury and under performing, either due to re-injury or simply not getting many touches. I think I’ve learned my lesson, which is why I don’t expect a huge game from T.Y. Hilton on Thursday. It’s certainly possible, but I don’t want to count on it. 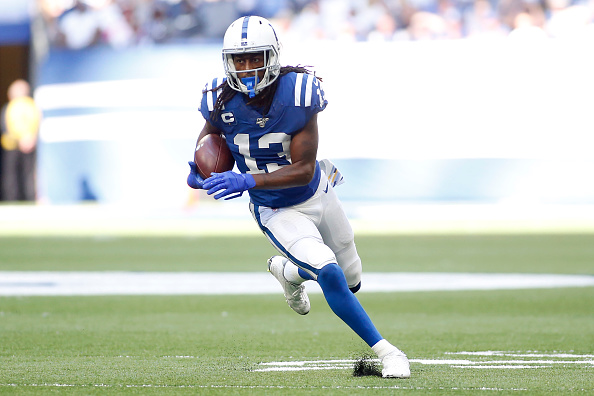 Part of the reason I like this game is that it presents a unique challenge. The biggest challenge this week is identifying who will score for Indianapolis. T.Y. Hilton leads the Colts with five touchdowns despite only playing six games, and one of those touchdowns came against the Texans. I am nervous that Hilton is mostly a decoy or re-injures himself, but if I’m going to use him, I’d rather it be in this game than in an over/under or RapidFire. If Hilton does not score, I have two other chances to get my two touchdowns. If Hilton is inactive, I’ll pivot to Eric Ebron .

Houston is favored at home, but perhaps even more important for our purposes, their touchdowns tend to be more concentrated.

My decision came down to Carlos Hyde , Darren Fells and DeAndre Hopkins . Fells leads the Texans with six touchdowns, but picking him over DeAndre Hopkins seems foolhardy. Hopkins only has four touchdowns this season, but he has at least 11 touchdowns in three of his last four seasons. If I had to take one player from this game to score, it would be him. Fells makes the cut over Hyde because it is unclear Hyde is the running back who will score touchdowns. All three of Duke Johnson ’s touchdowns have come in the last five games, while Hyde has just two touchdowns over that span. I think it’s best to just avoid both running backs.

Watson has topped 270.5 passing yards in six of his 10 games this season, including at Indianapolis Week 7. He has a chance to get Will Fuller back for this game, which would likely help, but I think the odds are in Watson’s favor either way.

Brissett has topped 235.5 passing yards in just two of his six games T.Y Hilton has played, but one of those was against Houston when he threw for 326 yards. There is certainly a scenario where Houston’s offense is ineffective and Brissett only has to throw the ball 25 times, but I’m guessing he won’t have that luxury, especially with Marlon Mack out. 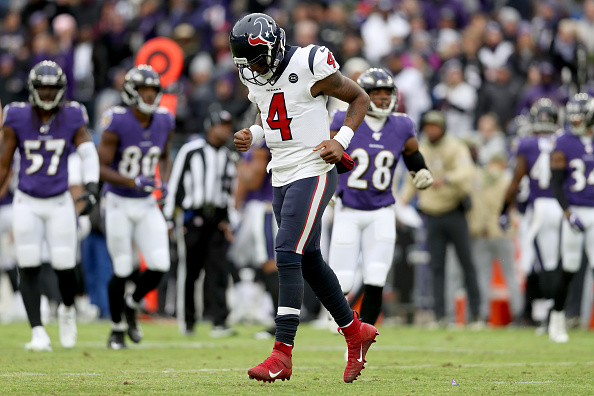 Watson’s ceiling is much, much higher than Brissett’s. Brissett has only topped 202 passing yards in three of his nine games this season. I think Brissett will do better in this game, but I love that Watson could throw for 250 yards and still win this. If Watson goes supernova, which we know he is capable of doing, he could win this easily. I’m taking Watson.

The Colts say Hines’ role will remain the same with Marlon Mack out, and I’m inclined to believe them. Hines has caught 30 passes in 10 games. He has caught more than four passes just once this season, against Oakland in Week 4. DeAndre Hopkins has at least seven receptions in six straight games, and if he makes it seven, he has an awfully good shot at taking this. I’m going with Hopkins.

Stills has fewer than 40 receiving yards in five of his eight games this season and three of the four games Will Fuller finished. I hate to count on Hilton coming off the injury, but this is setting the bar awfully low. Hilton has at least 37 receiving yards in all six games this season, and that could easily be enough to top Stills, especially if Fuller plays. I’m taking Hilton because I will never learn.