Steve Pimental gets you ready for the WNBA season with his look at DFS Strategy for DraftKings and FanDuel. 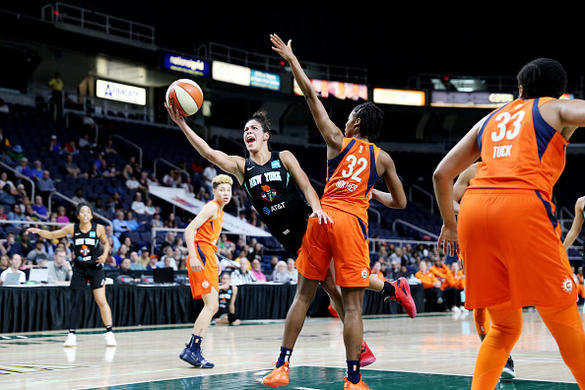 Last week on Twitter I fielded a question from a reader who was looking to transition to PGA DFS after mostly playing NBA. He was looking for what kinds of point totals he needed to target for PGA cash games. I tried to answer his question as best I could, but wound up telling him that if he had success playing NBA DFS, he was better off waiting for the WNBA to start and giving that a try.

That isn’t to say the games are the same, but they are similar. Last year my WNBA DFS Playbook and Example Lineups were pretty successful, and our NBA DFS coverage, with Jon Impemba, James Grande and myself was even more successful. If you stick to the strategies that we recommended for the NBA but are cognizant of the differences in the WNBA game, I believe you will be successful. In fact, many of these strategy tips were born out of conversations I had with Jon and James both on the NBA DFS Livestream as well as offline.

1. Take what the slate gives you

This served us well during the...