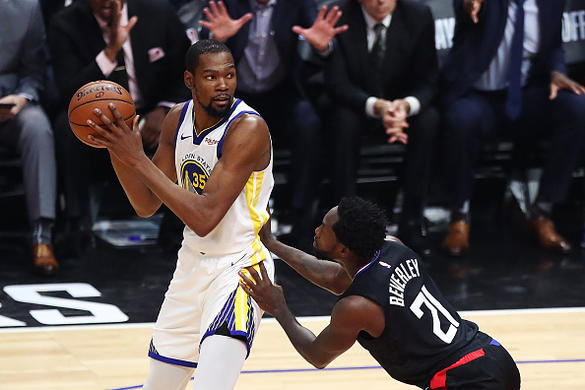 The PGA Tour is taking a break from its regularly scheduled programming for a team event, so we are going back to the NBA one more (possibly last) time. This is our first taste of playoff basketball in this space, but so far I think I like it better than regular season ball. Especially now that we are deeper into the first round matchups, it feels like these games are more predictable. I guess we’ll find out for sure in a little bit. As always, these picks are in order of preference. For Wednesday’s games, I’m doing a four-pick NBA entry and a two-pick MLB entry.

Harrell has not done much statistically since DeMarcus Cousins went down, failing to top 22 fantasy points or 26 minutes played. It wouldn’t shock me if he bounced back with a few more rebounds or a couple more made shots, but he has a long way to go to get to 33.5 fantasy points, especially if he’s not going to play 30 minutes.

I get that the Warriors have multiple bodies to throw at Gallinari, but he simply cannot continue to shoot so poorly. Gallinari has shot 21.2 percent in the last two games, and if he has even just an average night shooting the ball, he should go over 32.0 fantasy points.

Shai Gilgeous-Alexander has been inconsistent all season, and the playoffs have been no different. He doesn't turn the ball over, which is nice, but he doesn't do a whole lot outside of scoring. If Danilo Gallinari bounces back like I expect him to, that will probably mean fewer shots for SGA.

In the two games since Steve Kerr said he wanted Kevin Durant to shoot 20 times a game (also coinciding with the DeMarcus Cousins injury), Kevin Durant has at least 21 fields goals and 50.4 fantasy points. I feel pretty confident he can keep it going for one more game. 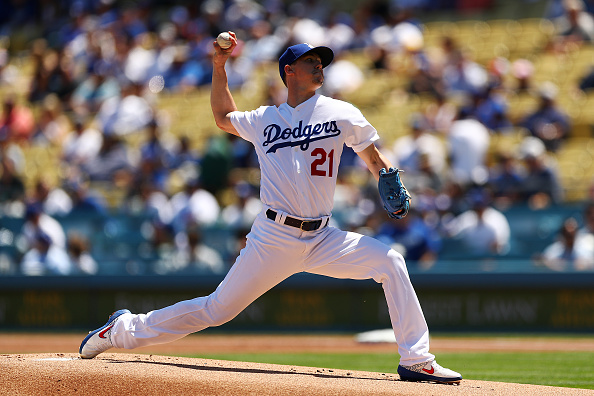 Buehler has topped 30 fantasy points just once in three starts this season. He has only gone deep enough to qualify for the win twice, and he has only gone long enough to qualify for a quality start once. The Dodgers are slight favorites in this game, though I’m not convinced they should be, and they certainly strike out enough for Buehler to go over. That being said, he could pitch great for 5.2 innings and still fall short if he doesn’t get the win.

Verlander has gone over 50 fantasy points in all three of his wins this season, and Houston is a -240 favorite. This will be just his second home start this season, which is another reason to like the Over for this line.

Benintendi is batting .357/.441/.643 with two homers and a stolen base in his last eight games. Tyson Ross has been surprisingly not terrible so far this season, but it helps that two of his games were against the White Sox and Royals. And even with that advantage, Ross still has a 4.99 FIP this season.

Lyles has been very good so far in 2019, and even if the home run rate isn’t sustainable, the strikeout and walk rates should be. Ketel Marte has been a bit underwhelming so far this season, with as many walks (four) as home runs. Marte has been especially poor of late, batting 2-for-12 with nary an extra-base hit over his last four games. Marte is batting leadoff Wednesday, which is the only reason he is so far down my list. 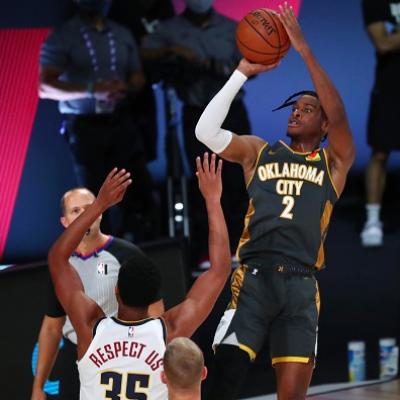 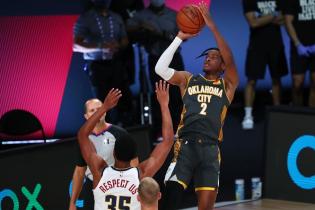 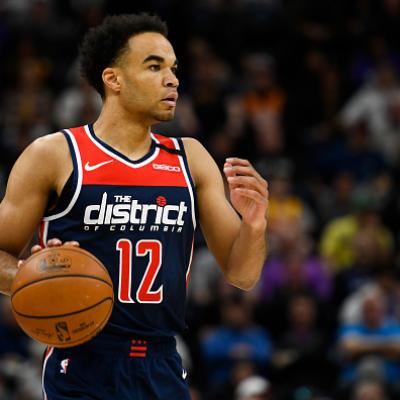 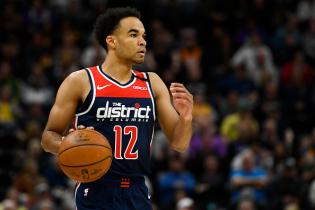 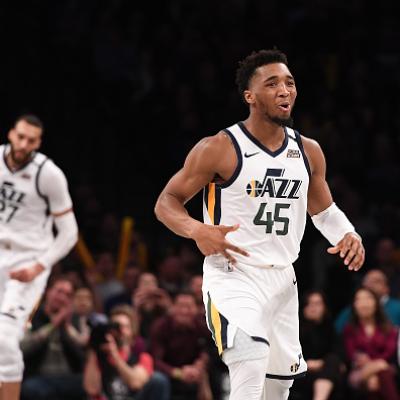 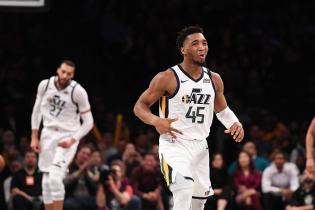 NBA Brandon Clarke getting the start for Memphis

M. Belinelli - SG
SAS
Marco Belinelli (ankle) is available for Wednesday vs. Denver.
There's a chance he plays a handful of minutes but it's very clear that the Spurs are more interested in getting a long look at Lonnie Walker and Keldon Johnson.
Added 1:06 pm (EST)
Added 1:06 pm (EST)

M. Carter-Williams - PG
ORL
Michael Carter-Williams (left foot) will not play Wednesday vs. Toronto.
He was previously listed as doubtful after an MRI revealed a tendon strain. MCW could be looking at additional time on the shelf which means we may see more two-PG lineups which would benefit both Markelle Fultz and D.J. Augustin.
Added 1:04 pm (EST)
Added 1:04 pm (EST)

B. Clarke - PF
MEM
Brandon Clarke will start for the injured Jaren Jackson Jr. (knee) on Wednesday vs. Utah.
JJJ will not play again this season, so Clarke could be fully unleashed. He cruised his way to mid-round value in 9-cat this season in a reserve role, so there's some monster upside here for a player that can do it all on the stat sheet. Kyle Anderson could also emerge as a small winner in JJJ's absence, and it's possible Gorgui Dieng gets a shot at some backup PF/C minutes.
Added 12:26 pm (EST)
Added 12:26 pm (EST)

J. Crawford - SG
BKN
Jamal Crawford (hamstring) will not play on Wednesday vs. Boston.
He likely wasn't going to be in the rotation anyways with Caris LeVert and Joe Harris expected back after a planned rest day. Coach Jacque Vaughn indicated that Crawford is day-to-day so he could resurface later on in Orlando when the Nets rest their studs again.
Added 12:24 pm (EST)
Added 12:24 pm (EST)

J. Harris - SF
BKN
Joe Harris (back, hamstring) is probable for Wednesday vs. the Celtics.
The Nets gave Harris, Caris LeVert (thigh) and Jarrett Allen (rest) the night off on Tuesday because of Brooklyn's busy schedule but their rotation should return to normal Wednesday. Harris has been on fire for the shorthanded Nets, averaging 20.5 points, 5.5 rebounds, 1.5 dimes and 4.0 triples in two appearances. The return of Harris and LeVert dampens the fantasy appeal of Timothe Luwawu-Cabarrot, Tyler Johnson and Garrett Temple.
Added 12:20 pm (EST)
Added 12:20 pm (EST)

C. LeVert - SG
BKN
Caris LeVert (thigh) and Joe Harris (back, hamstring) are probable for Wednesday vs. Boston.
The Nets rested three players on Tuesday on the front end of this back-to-back, and the fact that this is the third game in four days factored in as well. There's no word of any restrictions and both LeVert and Harris should be safe to deploy this evening. LeVert has struggled with his shot in Orlando but is still averaging 25.5 points, 5.0 assists, 4.5 rebounds and 1.0 triples.
Added 12:16 pm (EST)
Added 12:16 pm (EST)

D. Howard - C
LAL
Dwight Howard (sore right knee) is listed as questionable for Wednesday vs. the Thunder.
Howard was limited to the non-contact portions of practice on Tuesday so the questionable tag was inevitable. With the Lakers already locking up the No. 1 seed, they will be more cautious than usual. JaVale McGee, who is only averaging 11.8 minutes compared to Howard's 15.6 inside the bubble, could be an interesting dart throw in DFS if Howard sits.
Added 10:37 am (EST)
Added 10:37 am (EST)

M. Carter-Williams - PG
ORL
Michael Carter-Williams has been diagnosed with a left foot strain and is doubtful for Wednesday vs. Toronto.
The Magic are having some bad luck inside the bubble with MCW joining Jonathan Isaac (knee) on the shelf. MCW is experiencing soreness in his left foot and an MRI on Wednesday morning revealed the tendon strain. He was averaging 20.0 minutes inside the bubble, so look for the workloads of both D.J. Augustin and Markelle Fultz to ramp up since the Magic are no strangers to two-PG lineups.
Added 10:31 am (EST)
Added 10:31 am (EST)