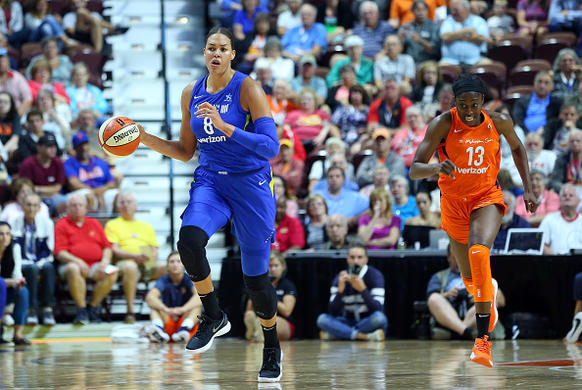 Its hard to believe the 2018 WNBA season is coming to an end. We have one more big slate of games Friday before all six teams play Sunday in the last game of the season. Though most of the playoff teams have been determined, most of those teams are still fighting for a higher seed and thus a better chance to advance in the playoffs. Las Vegas and Dallas are still fighting for the eighth and final playoff spot, and they actually play each other Friday.

As you might expect this far into the season, injuries are a big factor in Friday’s slate. The Liberty have so few healthy bodies they had to start a player who was previously ruled out. The Wings finally got Liz Cambage back Tuesday only to lose Glory Johnson to a neck injury, and the Mystics’ starting backcourt is dealing with injuries as well. As always, be sure to check the starting lineups before tipoff in case you need to make any last minute adjustments to your own lineups.