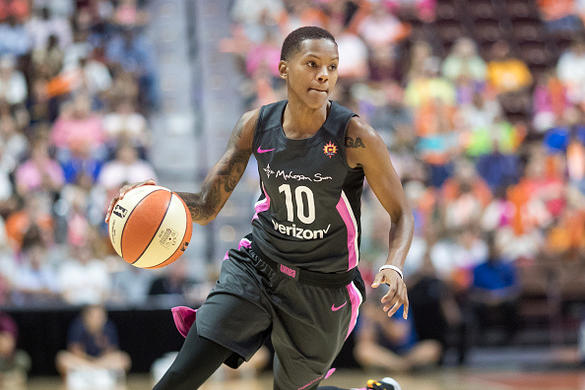 Much like Sunday, Tuesday’s schedule has been impacted by quite a few injuries. The biggest, of course, is Liz Cambage’s concussion. Her absence opens up touches for her teammates, but she would be a strong play herself if she is able to go. The Wings are fighting for a playoff spot and they changed coaches on Sunday, so everything about that team appears to be in flux.

While there are quite a few players I like in Tuesday’s slate, there are far fewer who I really feel great about for cash lineups. I always play my cash lineups in at least one tournament, and that will be the case again Tuesday, but if I were to label my GPP lineups “Cash” and vice versa, I’m not sure that anyone would object too much. Even if my cash lineups are a bit riskier than I would like, most of the risk is in cheap players who won’t hurt me much even if they don’t produce.