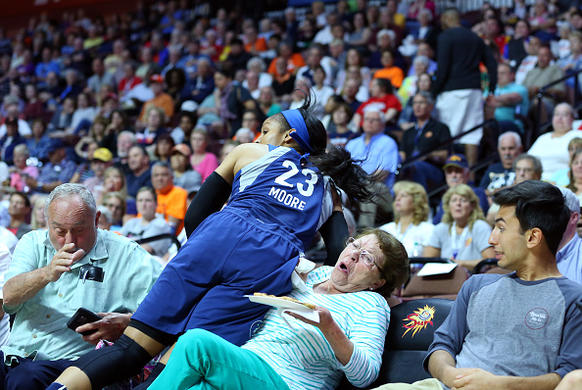 If you want to know why I don’t often play cash games aide from my Optimal Lineups, you need look no further than Friday. Friday’s DraftKings Cash Lineup scored 182.75 fantasy points, which was enough to cash rather comfortably in the WNBA $2.5K Four Point Play, but came 15.5 points short of cashing in my WNBA $10 Double Up. This also illustrates why I always enter my cash lineups in a GPP as well.

As is often the case, Saturday’s schedule will depend quite a bit on the availability of a couple of key starters. Alyssa Thomas and Seimone Augustus are both questionable, and if they are out, that would open up quite a bit of playing time and shot opportunities for other players.

The other big key to this slate could be rest. The Lynx have had a week off to rest and figure out how to turn their season around, while Connecticut plays the second of a road back-to-back and their third game in four days. While I’m not sure you can avoid Connecticut altogether, especially if Alyssa Thomas is out, you should absolutely try to load up on their hosts, the Phoenix Mercury.