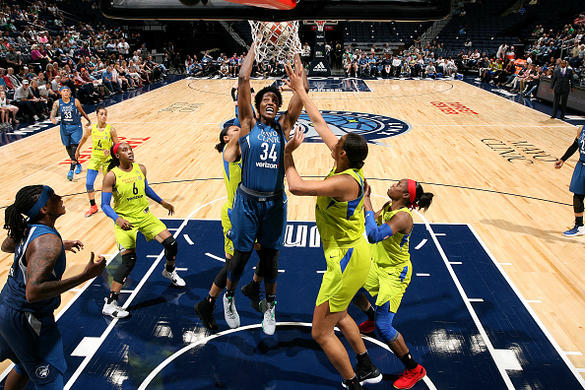 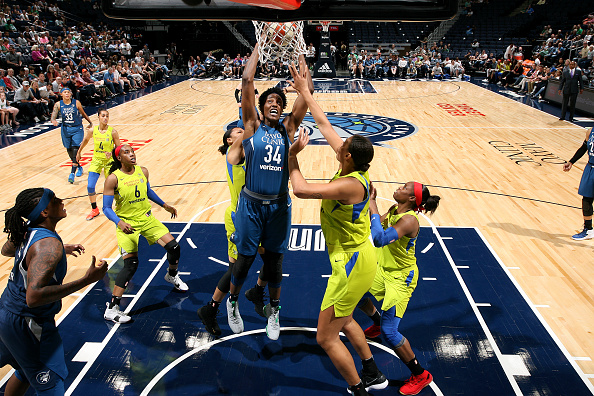 For the first time this season, we really have to pay close attention to injury reports and starting lineups leading up to the start of Tuesday’s WNBA slate. Several important players are questionable Tuesday, including Sylvia Fowles, Elena Delle Donne and Sugar Rodgers. I’m not playing Delle Donne or Rodgers, but their status will obviously affect the number of minutes and shots that go to their teammates.

The real game-changer in this slate, however, is Sylvia Fowles. Fowles was able to play 32 minutes Sunday despite injuring her ankle in the first half, so I am hopeful she can go. If she is out, I will look to replace her in my fantasy lineups with Tina Charles, Liz Cambage or Breanna Stewart. If Fowles is out, Temi Fagbenle and Lynetta Kizer are both playable for fantasy. Kizer is probably the safer play, but I wouldn’t argue with anyone who wanted to simply play whoever gets the start at center. The rest of Minnesota’s starters would be worth a look as well since they would all likely have to shoulder more offensive responsibility with Fowles out.

Almost equally important, the Atlanta Dream would be a lot more viable for fantasy if Fowles isn’t anchoring the defense and gobbling up rebounds. Jessica Breland and Elizabeth Williams especially are worth a look if Fowles cannot play.

Keep all of this uncertainty in mind when you are setting your WNBA DFS lineups. I will try to update the Playbook and Optimal Lineups as news breaks, but the best way to stay up to date is to follow the individual teams on Twitter. They have been a lot better this season about releasing starting lineups prior to tip-off, and if Fowles or Elena Delle Donne are not starting, they probably aren’t playing.