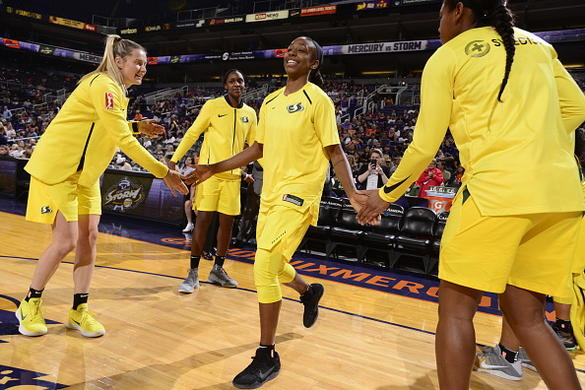 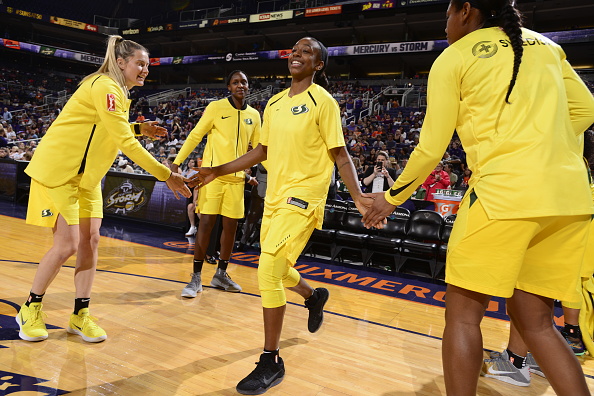 Our WNBA DFS motto, until further notice, is “ridin’ the Storm out.” The Storm lead the league with 88.0 points per game, and they have allowed the second most opponent’s points per game. As luck would have it, their opponent Sunday is the only team that has allowed more points, the Las Vegas Aces. The Aces should get their starting backcourt back from Europe for this game, and while that probably won’t do much to help their defense, it could do wonders for their struggling offense.

While the last game in Sunday’s three-game slate should have plenty of scoring, the game before that could be high-scoring as well. The Los Angeles Sparks and Phoenix Mercury rank second and fourth in points and third and fourth in opponent’s points this season. The Sparks would get a boost if Candice Parker can make her season debut, but even if she can’t, L.A. has proven they can score with anybody.

The first game of the slate is the one I am actively looking to avoid. The Mystics are actually third in the WNBA in scoring this season, but I think that has far more to do with facing the Aces once and the Indiana Fever twice than anything else. They have a significantly more difficult task in hosting the defending champion Minnesota Lynx Sunday. Even if I didn’t hate this matchup for Washington, it is pretty difficult to trust any Mystics when Elena Delle Donne and Kristi Toliver are the only Mystics averaging more than 22.3 minutes per game.

The thing that really stood out when researching this slate is how poor the midpriced options are. I’m sure someone like Sue Bird or Sancho Lyttle is going to come out of nowhere to have a huge game, but I have a hard time paying for them when they haven’t done a whole lot so far this season. That means we have to find some cheap punt plays so that we can pay up for the players we can really feel confident in.