Steve Pimental looks at the player's who make for solid waiver claims heading into Week 16 of the NFL season. 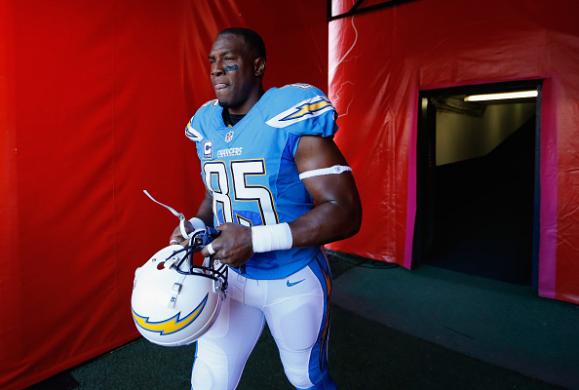 If you are still alive in your fantasy playoffs, there has been plenty of news this week that could affect your matchup. Hopefully your team is completely healthy, but if not, there are some last-minute adds that could save you from disaster. The players below are listed roughly in the order I would seek to add them. Each player is listed along with his ownership percentage in Yahoo! leagues. 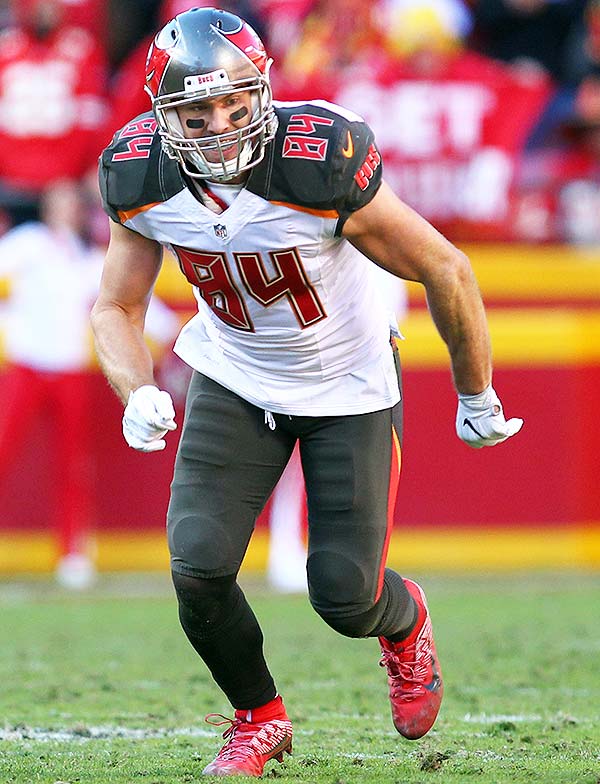 Cameron Brate, TE, TB (62%) – With O.J. Howard on IR, Brate is a no-brainer, and he could easily be a better option that whichever tight end got you to the championship game.

Antonio Gates, TE, LAC (19%) – Remember him? I’m not 100 percent sure he has anything left in the tank, but we will find out now that Hunter Henry has been placed on IR. If Brate is owned, Gates is a fine play if you need to replace Henry or if you have been streaming tight ends this season.

Kapri Bibbs, RB, WAS (1%) – I mentioned Bibbs as a poor man’s Chris Thompson on Tuesday, but he has a chance to be much more than that after Samaje Perine was injured in practice Thursday. Denver’s defense hasn’t been elite for some time now, and if Bibbs has the running back job to himself, that is quite intriguing.

Elijhaa Penny, RB, ARI (6%) – Kerwynn Williams has not practiced yet this week, and Penny could get the bulk of the running back touches if Williams is out. The Giants have allowed the 9th most fantasy points to running backs this season, and Penny certainly has the size to be effective near the goal line. 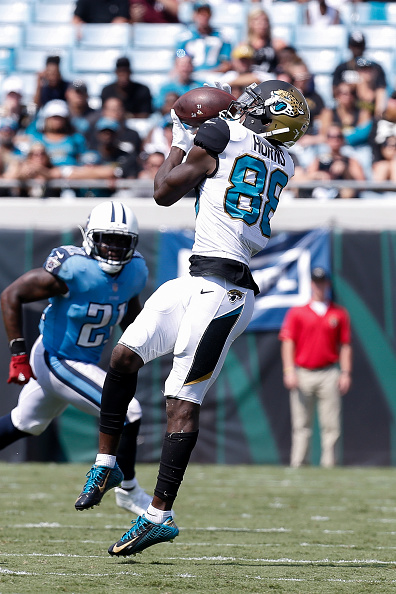 Allen Hurns, WR, JAX (19%) – Hurns has been a limited participant in practice the last two days, and with Marqise Lee ruled out, Hurns has a chance to be the No. 1 receiver for Jacksonville against a 49ers defense that is not scary. That being said, he is far from a sure thing even if he plays, as Keelan Cole, Dede Westbrook and even Jaydon Mickens will be involved as well.

Kenny Golladay, WR, DET (9%) – With T.J. Jones on IR, Golladay could see an increase in snaps and targets against a Cincinnati defense that has not looked good the last few weeks. Golladay is averaging 16.8 yards per reception this season, and even a modest increase in targets could prove to be a big deal.

Geronimo Allison, WR, GB (1%) – Allison had eight targets Sunday compared to just six for Jordy Nelson. If you have to replace Davante Adams and Randall Cobb is unavailable, Allison is worth a shot.

Chris Moore, WR, BAL (0%) – Jeremy Maclin is doubtful, which could open the door for Moore to see more targets in a favorable matchup. You could do worse in a deep league.

Sam Ficken, K, LAR (2%) – If you have been relying on Greg Zuerlein to this point, his best fantasy replacement is likely on his own team. Zuerlein has scored the most fantasy points of any kicker this season, and it hasn’t even been particularly close. Even if Ficken isn’t as accurate, he should get plenty of opportunities. 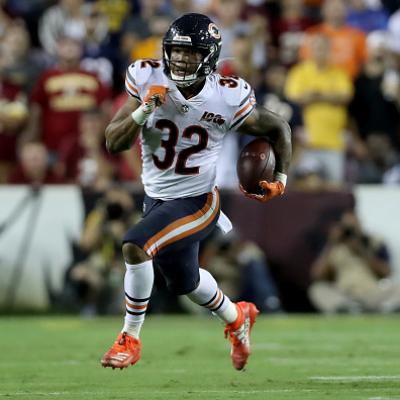 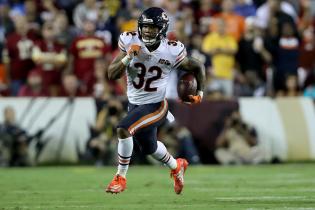 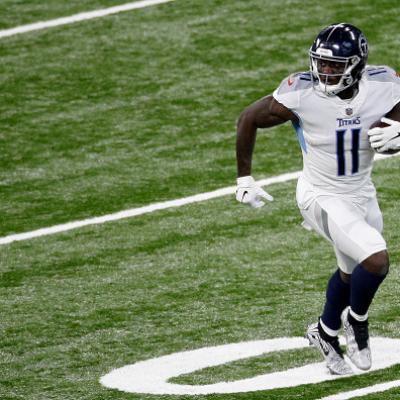 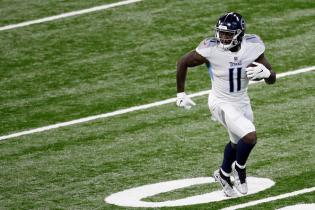 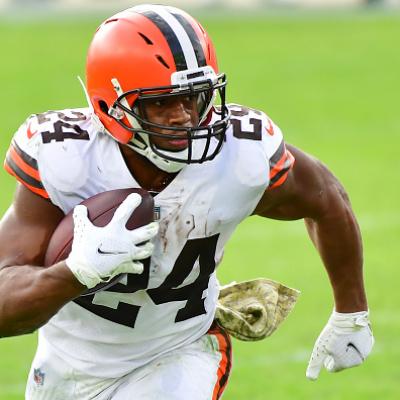 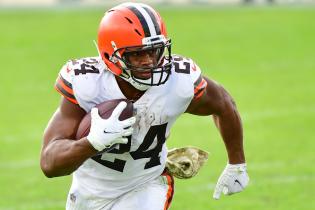 J. Hill - RB
BAL1
Justice Hill rushed nine times for 35 yards in the Ravens' Week 12 loss to the Steelers.
Hill also caught both of his targets for five yards. The expectation is for J.K. Dobbins and Mark Ingram to return in time for Week 13 against the Cowboys, but if the Ravens ever find themselves in this backfield situation again it is notable that Hill produced 25 more yards on the same nine carries that Gus Edwards received, including a 19-yard run.
Added 8:22 pm (EST)
Added 8:22 pm (EST)

M. Brown - WR
BAL1
Marquise Brown caught 4-of-8 targets for 85 yards and a touchdown in Week 12 against the Steelers.
Brown scored his third touchdown of the season on a miraculous 70-yard catch and run from Trace McSorley deep into the fourth quarter. In his previous four games, Brown totaled just 55 receiving yards and remains one of the most disappointing fantasy assets this season. It would be difficult to trust him in starting lineups in Week 13 despite a great matchup against the Cowboys' defense.
Added 8:06 pm (EST)
Added 8:06 pm (EST)

G. Edwards - RB
BAL1
Gus Edwards rushed nine times for 10 yards and a touchdown in the Ravens' Week 12 loss to the Steelers.
Outside of Robert Griffin III's running and one miracle completion to Marquise Brown, the Ravens' offense was atrocious. Edwards and Justice Hill saw the same number of carries, yet Hill gained 25 more yards on his opportunities. If Mark Ingram and J.K. Dobbins return in time for Baltimore's Week 13 game against the Cowboys, Edwards would immediately become unplayable in all fantasy formats.
Added 7:56 pm (EST)
Added 7:56 pm (EST)

A. Peat - OG
NO
Saints LG Andrus Peat (concussion) was a full participant in practice Wednesday.
Peat is almost out of the NFL's concussion protocol and appears on track to return to the Saints' starting lineup. With LT Terron Armstead (COVID-19) out for Week 13, Peat's return is especially welcomed. The Saints are getting a Week 11 rematch against the Falcons on Sunday.
Added 7:53 pm (EST)
Added 7:53 pm (EST)

D. Chark - WR
JAC1
D.J. Chark (ribs) was limited in practice on Wednesday.
Chark missed Week 12 but is tentatively on track for a return against the Vikings after practicing early in the week. The same can be said for Chris Conley, but Chark has been the only playable Jaguars receiver as a volatile WR3/flex option. A matchup with the Vikings in a dome adds to Chark's big-play potential.
Added 7:47 pm (EST)
Added 7:47 pm (EST)