Steve Pimental looks at the player's who make for solid waiver claims heading into Week 10 of the NFL season. 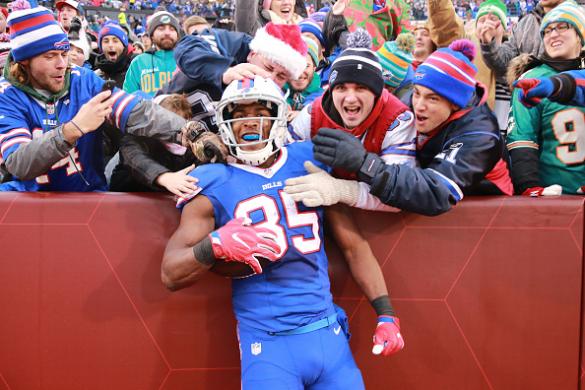 This is probably the best group of waiver pickups we have had on a Friday all season. Several important players are poised to come off injured reserve in the next couple of weeks, which means now is the perfect time to stash some players who can help you down the stretch.

The players below are listed roughly in the order I would seek to add them, though things could change based on injury reports. Each player is listed along with his ownership percentage in Yahoo! leagues. 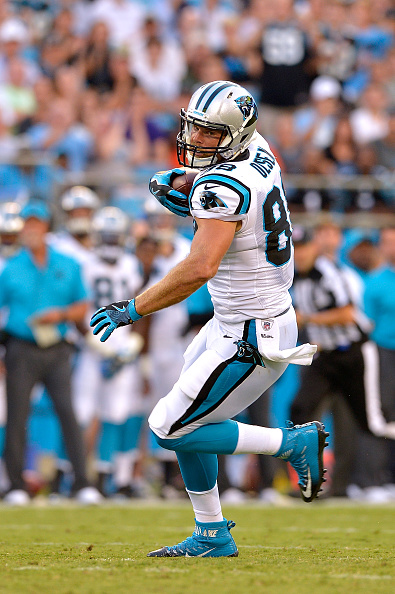 Greg Olsen, TE, CAR (57%) – Olsen expects to return Week 12, and he will immediately be a top-10 fantasy tight end upon his return.

Charles Clay, TE, BUF (37%) – Clay practiced in limited capacity Thursday, and he appears on pace to return from his knee injury Sunday. Clay may not get as many targets with Kelvin Benjamin in the fold, but he probably won’t get as much defensive attention, either.

Darren McFadden, RB, DAL (30%) – Alfred Morris is owned in 66 percent of leagues. Maybe I am just being stubborn, but I think I would rather own McFadden while Ezekiel Elliott serves his suspension. McFadden is a much better pass catcher, and we don’t know for sure that Morris will get the early-down or goal line work. Rod Smith (19% owned) could be involved as well. I doubt I would start any Dallas running back at Atlanta, but they are worth holding on to in case one pops.

Corey Coleman, WR, CLE (21%) – I was shocked to see Coleman’s ownership is so high, especially considering he is available in my 16-team league. That being said, he is owned in fewer leagues than his teammate Josh Gordon, and that doesn’t seem right, either. Coleman says his right hand has fully healed, and it sounds like he has a decent chance to play this week. Cleveland hosts Jacksonville Week 11 and they face the Bears Week 16, but the schedule is pretty favorable beyond that. Coleman caught five passes for 51 yards and a touchdown in his only full game this season.

Taylor Gabriel, WR, ATL (13%) – Julio Jones hasn’t practiced yet this week, and while the veteran could probably play even if he doesn’t practice, he is certainly at risk of sitting out Week 10. Mohamed Sanu and Austin Hooper would be the most likely beneficiaries if Jones is out, but both are owned in more than 60 percent of Yahoo! fantasy leagues. Gabriel is a big play threat, and while he may never be safe, he could easily take advantage of a couple of extra targets and have a big day.

C.J. Fiedorowicz, TE, HOU (11%) – Fiedorowicz is expected to return from IR Sunday, and Ryan Griffin is expected to be out with a concussion. Griffin had at least four targets in four consecutive games before suffering the concussion Week 8, and Fiedorowicz could be useful in deeper leagues if he gets a similar target share.

Elijah McGuire, RB, NYJ (4%) – Matt Forte hasn’t practiced this week while he is dealing with some knee swelling, and McGuire would be split time with Bilal Powell if Forte is out. McGuire had at least 10 carries and two receptions in each of the two games Forte has missed this season. 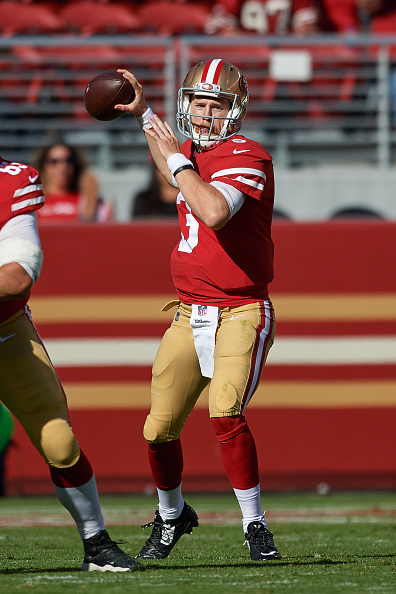 C.J. Beathard, QB, SF (4%) – I still expect Jimmy Garoppolo to start following San Francisco’s Week 11 bye, but in the meantime, Beathard gets the start against a Giants defense that has allowed the fourth-most passing yards in the NFL this season. Beathard has one touchdown in each of his four games this season, and his rushing ability keeps his floor pretty high.

Kenny Golladay, WR, DET (7%) – Golladay practiced again this week, albeit in limited capacity. TJ Jones has played well of late, so Golladay may not be the clear No. 3 wide receiver, at least not right away. That being said, Golladay showed some flashes early in the season, and his ceiling is as high as anyone’s who is so widely available.

Teddy Bridgewater, QB, MIN (7%) – Minnesota activated Bridgewater Wednesday and placed Sam Bradford on injured reserve. Bridgewater will not start this week, but if Keenum falters at all, Bridgewater will take over. Bridgewater has been a game manager for his entire NFL career, but that could change with the emergence of Stefon Diggs and Adam Thielen while Bridgewater was out. If Bridgewater can be even an average NFL quarterback, he could be quite valuable in deep fantasy leagues.

Lance Kendricks, TE, GB (0%) – Kendricks should be the next man up after the Packers released Martellus Bennett, though Richard Rodgers could be involved as well. Green Bay’s offense is extremely limited with Brett Hundley at quarterback, but it wouldn’t be shocking for Hundley to lean on his tight end going forward.