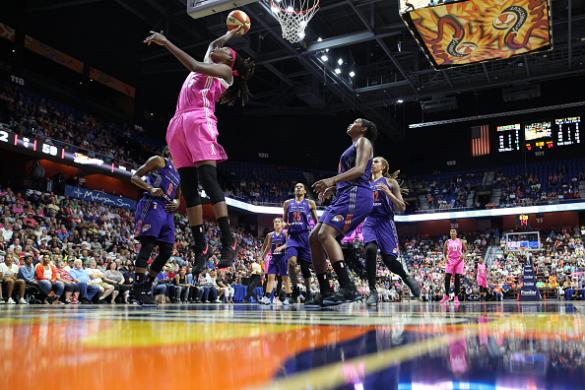 Over the last couple of weeks, injuries have shaken up the WNBA, but the teams enter Friday’s three-game slate relatively healthy. Rebecca Brunson is questionable, and she could throw a wrinkle in a couple of my lineups if she returns, but the big news is Elena Delle Donne’s return from a thumb injury. While EDD’s return is great news for the Mystics and WNBA fans, it kind of makes her teammates unplayable. Pretty much every Mystics's starter is overpriced if you consider how many fewer touches they will get with Delle Donne back in the fold.

With so few relevant injuries, punt plays are pretty hard to come by, especially at the guard position. I usually like to go cheap at guard if I can and pay up at forward, but that is really tough to do in this slate. Instead, you are better off paying for guards, especially for cash games, and saving money elsewhere.