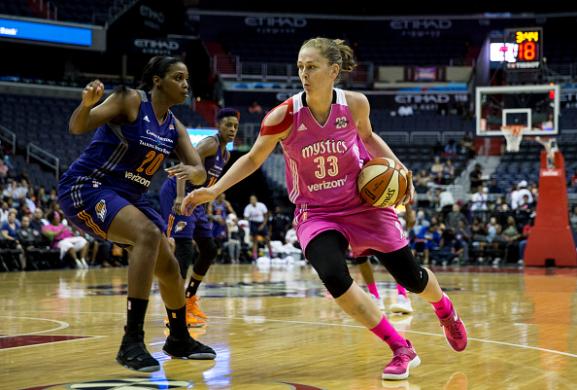 One of the things I like about DFS that is especially true about WNBA contests is how different the game can be from one slate to the next. On Friday I felt like just about all of the top forwards were in play. In Sunday’s slate, with Minnesota and New York playing what will likely be a low-scoring game, you should prepare to be far more selective with the top players. I’m still filling out my lineups with cheaper players first, but unlike Friday, there aren’t too many of those worth playing. Sunday’s slate should be a good one for mid-priced players, especially in GPP contests where you can find cheaper players capable of going off in pretty decent matchups.